From the photo editor 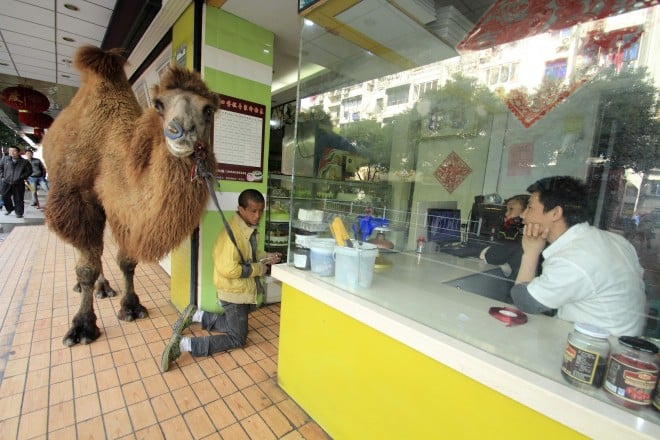 People look on as a beggar (L) kneels in front of a store to beg for money with a camel in Shaoxing, Zhejiang province.  REUTERS 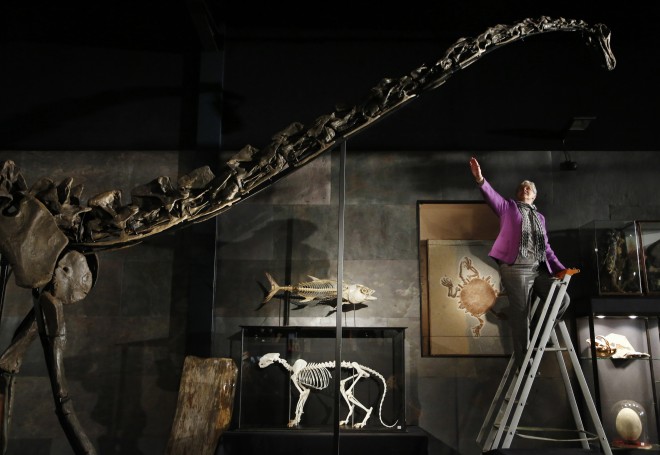 Employee Julia Thomas poses with a diplodocus skeleton named “Misty”, at Summers Place Auctions in Billingshurst, southern England . The 17 meter dinosaur skeleton unearthed in Wyoming is expected to sell for 600,000 GB pounds (U.S. $970,000) when it is auction as part of the “Evolution” sale at the auction house. Luke MacGregor/REUTERS 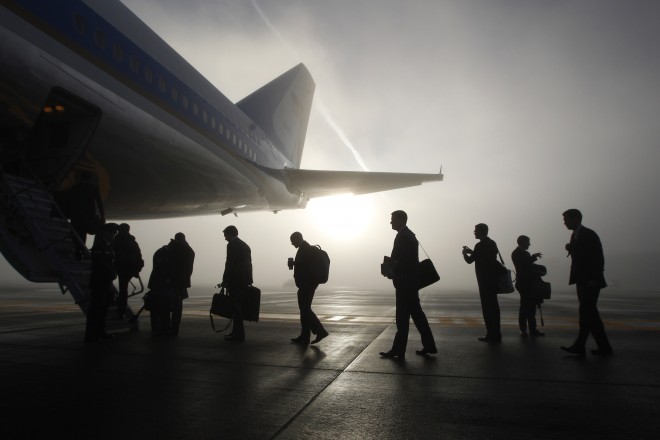 Travelling White House staff and press board the rear steps of Air Force One on a foggy morning in Seattle. Jason Reed/REUTERS/ 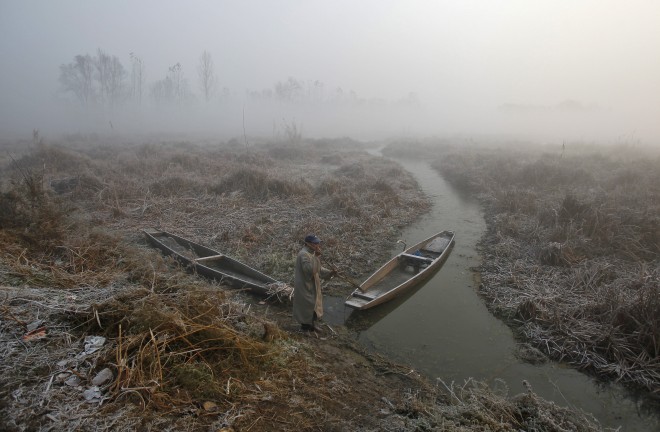 A Kashmiri man tries to push a boat in Anchar Lake amid fog on a cold winter morning in Srinagar. Danish Ismail/REUTERS 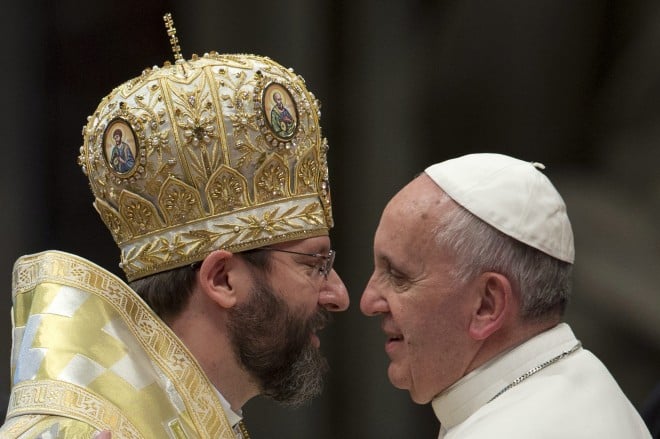 Pope Francis meets Sviatoslav Shevchuk, Major Archbishop of the Ukrainian Greek Catholic Church, during celebrations for the fiftieth anniversary of the translation of the relics of St. Josaphat to the Vatican Basilica. Andrew Medichini/AP