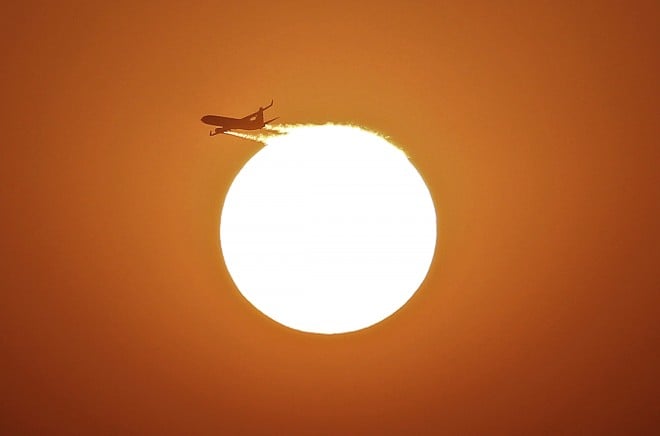 An aircraft files near the setting sun in New Delhi. REUTERS/Adnan Abidi 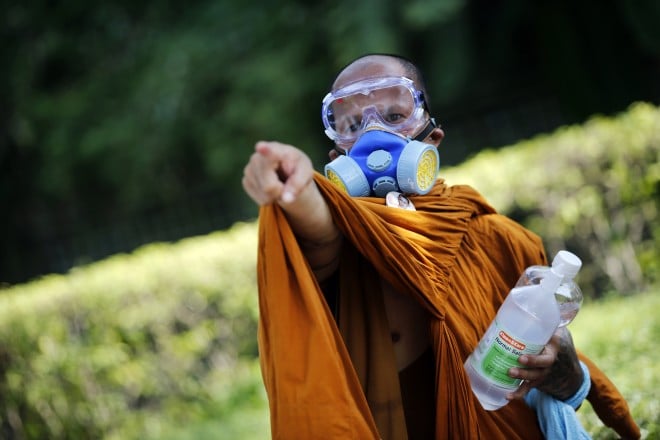 A Buddhist monk wearing a gas mask points towards police positions as they clash with anti-government protesters near the Government House in Bangkok. Damir Sagolj/REUTERS 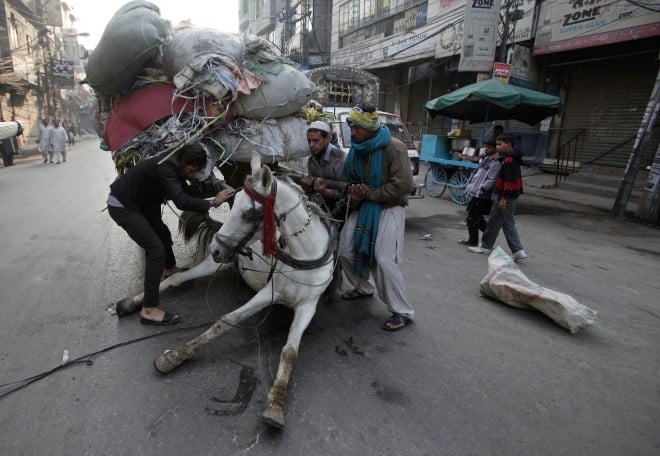 Men try to remove an overloaded cart from a horse that fell on a road in Lahore, Pakistan. Mohsin Raza/REUTERS 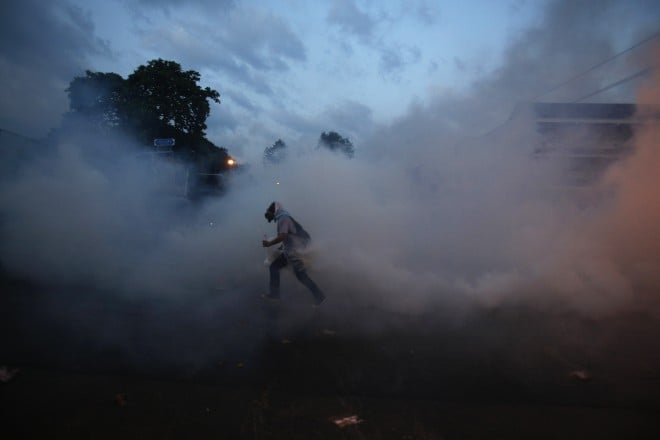 An anti-government protester carries a tear gas canister during clashes with police near the Government house in Bangkok. Athit Perawongmetha/REUTERS

Off-roaders with their sand rails, bikes and quads, light up the night at the Oldsmobile Hill sand dune in Glamis, California .
Gene Blevins/REUTERS