Rooting out the original sin of Nazism with Haneke and Tarantino 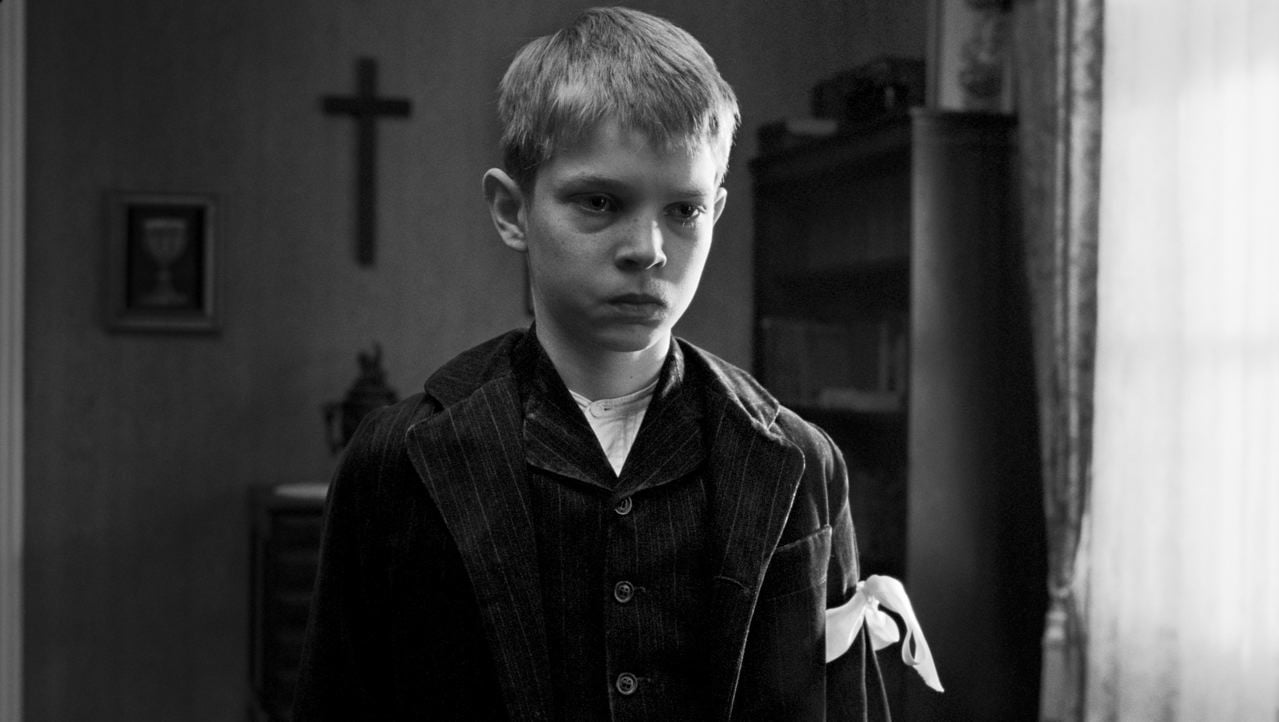 A scene from Michael Haneke's 'The White Ribbon'

Playing catch-up, I’m posting a bunch of blogs today, most written on the flight home. The festival officially ends with the awards Sunday, but by now it’s effectively over, as all 20 features in competition have screened. Among the more high-minded entries, one of the favorites is The White Ribbon by Austrian director Michael Haneke. Set in a Protestant village in northern Germany on the eve of the First World War—and shot in forbidding black-and-white—it has the austere look and moral gravity of an Ingmar Bergman film. The village has become cursed by a contagion of strange and violent acts, beginning with the local doctor being thrown from his horse by a wire strung between two trees. A field of cabbage is chopped to bits. A retarded child is viciously mutilated. But there’s also systemic abuse in this corrupt domain. Children are beaten, a daughter is molested, a midwife abused. So we assume the mysterious crimes are acts of punishment. Various patriarchs—a baron, a steward, a pastor, and the doctor—emerge like suspects in a Germanic game of Clue. As with Haneke’s previous film, Caché (2007), this is a whodunit that’s never clearly resolved. But with the children somehow implicated in a cycle of abuse and retribution, Haneke appears to hinting that these are the future architects of the Third Reich.