The New Economics Of TV On DVD 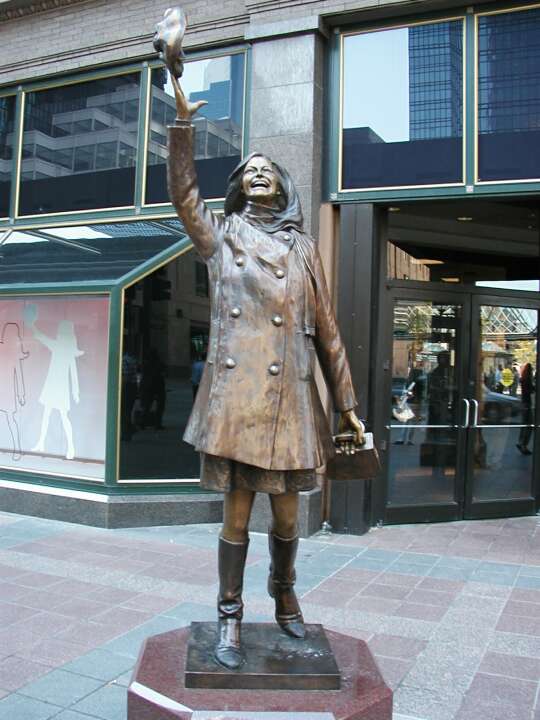 I wanted to say a bit more about the upcoming Mary Tyler Moore complete series box set. Everyone who already paid for the first four seasons is understandably pissed at the idea of having to buy them all over again in order to get the rest of the series (though if you get the box on sale, it probably won’t be that much more expensive than buying the last three seasons if they were released separately). But this is a sign of the new economic realities of TV on DVD.

TV on DVD doesn’t seem to have suffered as much in the last year as, say, catalogue movies on DVD, which have almost completely collapsed. (Companies like Warners and Fox, which had huge release slates of classic movies, have canceled a lot of plans and cut back their releases tremendously.) But obviously, standard-definition DVD is no longer booming, and Blu-Ray isn’t going to solve all the studios’ problems. One of the things affecting DVD is that there is so much product out there that it gets lost on the shelves, and stores no longer have room to stock everything that comes out. And with the closing of a lot of chains, there are a few places that handle most of the DVD sales these days: Best Buy, Wal-Mart, maybe a couple of others. The result is that these chains effectively have veto power over what gets released. If Best Buy and Wal-Mart don’t think they can sell something, there’s not much point in bringing it out, because who’s going to buy it if nobody sells it? (Online sales still aren’t enough, not usually. Though sometimes you will see a set sold as an “Amazon.com exclusive” because the chains didn’t want to stock it, but the studio still wanted to bring it out.)

But studios can’t just give up on TV on DVD, because it still sells well when marketed right. And one thing they’ve noticed is that, counter-intuitively, outrageously expensive “complete series” packages may actually be a better bet than relatively inexpensive individual season sets. Why? Because a big complete series package takes up less shelf space than the equivalent number of individual season sets, while being more eye-catching and easy to spot than individual sets (which tend to blend in with their surroundings on the shelves). That means that a Mary Tyler Moore complete season package may be attractive to Best Buy, whereas Best Buy wouldn’t touch seasons 5-7 with a 5-to-7-foot pole. As DVD producer David Levine explains in this post:

The retail landscape has changed with the economy. I know from talking to people at Best Buy and at the studios that the days of everything that a major presents to Best Buy automatically getting in the stores is over. They are cutting the size of the DVD sections, but they are increasing the area for Gift sets. They will flat out refuse to take any New Release that they don’t believe will make their weekly sales goals, but they are much more forgiving with “big ticket, evergreen” items like Complete Series Gift Sets.

Like I said in an earlier post, I bet Fox pitched season 5 to Best Buy (and Wal-Mart) and were shot down. So they regrouped and pitched the Complete Series and both stores said “I’ll take it”.

That’s not to say that Fox doesn’t deserve our irritation and annoyance for not giving fans a way to buy seasons 5-7 without making their earlier purchases worthless. But it is pretty clear that to move TV-on-DVD product, studios need an approach that will get them some attention from shoppers in the dwindling number of DVD retailers, whether it’s a massive collectors’ box, or at the other extreme, splitting seasons in half the way Paramount does (to encourage impulse buying). The good thing about the “big box,” and why I wouldn’t mind seeing more of these if the MTM experiment works, is that it takes the pressure off the fan of the show: instead of feeling you have to buy this set right now in order to encourage releases of the later seasons, you can wait as long as you want (or until the set is about to go out of print). So I may wait on the Mary Tyler Moore box until the price drops, but I can do that; it’s not like any of the seasons won’t be released.

As to whether any other shows will receive this treatment: there have been persistent rumours that Fox might do something similar with St. Elsewhere, which got one season on DVD and then stopped. That would make sense, since a complete series set would likely do better than the one season did, though the Fox masters of Elsewhere are a mess (not quite as many cuts and music alterations as WKRP, but one of the worse jobs MTM did before it collapsed) and they wouldn’t be likely to fix them if they released such a box. Actually all the incomplete MTM shows from Fox would be good candidates for the big-box treatment, especially the two Bob Newhart shows (maybe they could do a giant box with all three of his MTM shows: Bob Newhart Show, Newhart and Bob).