(Update: The original subject heading was “And you can’t get rid of the Palin kid,” and I should just explain that it was a self-referential callback to a post I wrote in September, where that was one of the lines in a proposed Dancing With the Stars theme song. (“Get rid of” means “vote off” in that context.) Probably goes to show why I shouldn’t do self-referential callbacks.)

Here are my very brief thoughts on tonight’s Dancing With the Stars apocalypse (I think Bristol is likely to win, but if she doesn’t, it’ll certainly be a great TV moment): I’m not being coy or condescending when I say I don’t care a lo 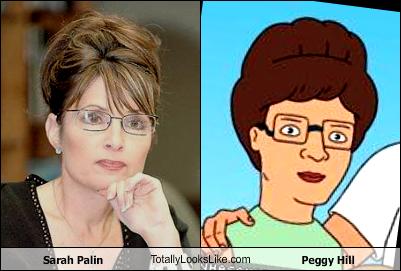 t about who will win. I understand the appeal of DWtS, which has taken the place of two mostly-defunct types of television, variety shows and celebrity panel shows. But I don’t have a personal commitment to the integrity of the show or the need for the best dancers to win. Palin has gotten this far because her family has a lot of fans who are willing to vote for her, and if there’s some gaming of the voting system going on, that’s because TV shows have voting systems that are really, really easy to game. It’s like that All-Star game when Cincinnati voters stuffed the ballot box and got Reds players elected to nearly every starting position. It’s not a real election, and these things happen.

The real question is why people are getting so upset about Bristol’s success, even to the point of exercising their Second Amendment rights on the television set. And my answer is that I think people are genuinely worried that this, along with the Palin family reality show, is sort of a stalking-horse for 2012. It’s not just Palin either, since Fox News has most of the potential Republican presidential candidates under contract, and is therefore basically paying them to campaign in front of a large audience. But Palin is the potential candidate whose family, life and persona fit in perfectly with modern reality TV and gossip magazines, and she has (sensibly, I guess) embraced it, turning to reality shows and cable TV as the place where she can build her popularity. It’s too early to know if she can get nominated or win in 2012, but the reality show and the cable news contract are part of an overall strategy to use modern media to grow her fanbase and improve her image. This delights her fans and terrifies non-fans.

The terror of non-fans is based on the assumption that TV has the power to pull the wool over people’s eyes. (This is a bipartisan assumption, since a frequent conservative argument about Obama is that the media covered for him and fooled people into thinking he was not a one-world redistributionist.) The fear is that the TV versions of the Palin family will convince people to like her and vote for her. When they see Palin family fans voting for Bristol in spite of the plain fact that she’s not the best dancer, they see an early version of what they fear will play out in 2012: the Palin wins, not because her fans think she’s the best at the job, but just because they want to vote for her to stick it to the elites.

I don’t think DWtS or even “Sarah Palin’s Alaska” is exactly a trial run for 2012 (the Fox News stuff is another story). But I do think the controversy over Bristol shows us, in miniature, how things might happen in 2012 — I don’t mean the voting, which can’t be known at this time, but the reaction of fans and non-fans alike to a Palin candidacy. It ain’t gonna be pretty.

John Doyle has more on this issue in his TV column.

FILED UNDER: Dancing With the Stars