The Perils of Hiatus 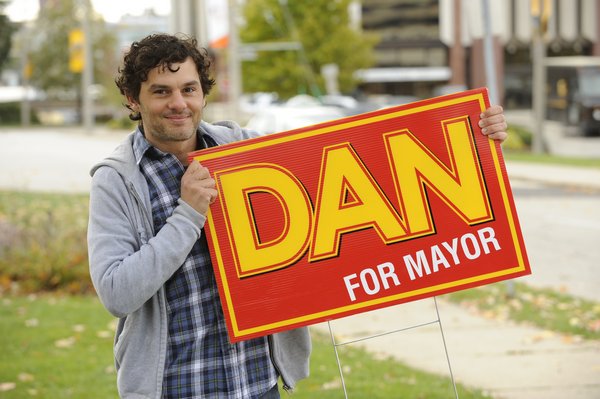 Tonight CTV is airing the next-to-last episodes from the debut seasons of Hiccups and Dan For Mayor; the season finales (the shows have already been renewed for next season) will air next Monday.

The shows have turned into kind of an interesting case history of what can help and hurt a new show in its quest to find viewers. CTV promoted these shows very heavily to begin with, and it paid off with high ratings for the first part of the season. Then the network had to decide whether to keep the shows on in May, putting them up against the very tough U.S. competition, or bring them back after the sweeps period. They chose the latter; they even delayed their return longer than originally intended so these shows wouldn’t be competing against widely-watched sports events. But as Bill Brioux noted, Hiccups and Dan finally came back a couple of weeks ago with a tremendous drop in viewership.

It’s always hard to confidently second-guess a network move (unless it’s a Leno-at-10 type of thing), particularly when, as in this case, they had logical reasons for the move. But obviously, this situation is worse for HiccDan (I’ll mash them together to save time, though Dan is the better of the two shows) than it would have been to come back in May with numbers like this. If they’d suffered a drop-off against new episodes of the biggest and best shows the U.S. networks have to offer, they’d look healthier than they do now, when they were protected by the network and still lost a lot of the audience.

But this is also a case where the “protection” might have hurt HiccDan, since the shows were gone for a while, and a lot of people may not have known they were coming back. Also, the biggest advantage a network like CTV has when it comes to Canadian programming is that it has the rights to show so much popular first-run U.S. programming: by putting Canadian shows in with its U.S. material, it removes the stigma that is sometimes attached to home-made shows. (When you have HiccDan on the same night as new episodes of Two and a Half Men and Big Bang Theory, the network doesn’t need to do special pleading for its own programs; they’re just comedies, the same as any other comedy, and people can watch them for laughs rather than patriotic duty.) By waiting out the U.S. shows, it’s possible that CTV might have created the feeling that these shows need special help — which, Dan For Mayor, at least, does not.

Anyway, these shows were picked up before the current ratings trouble, so hopefully they and the network will have another 13 chances to fix what went wrong this month. (And Hiccups, at least, may need some fixing in other ways.)