How is it that Stephen Harper wasn't asked about the census? 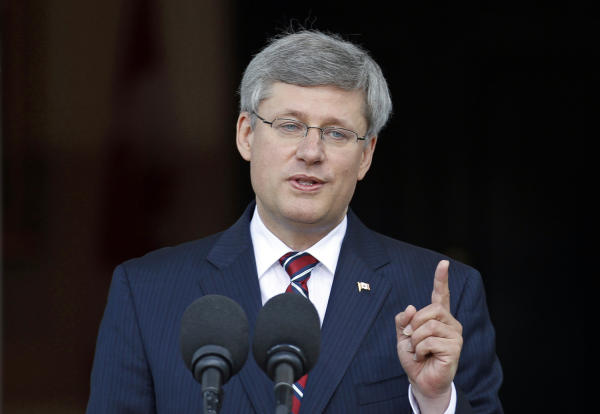 The Globe’s Steve Chase wrote this piece to explain how Stephen Harper, instead of being asked about changes to the census, wound up being asked today about a play that few people will see and even fewer will give a shit about.

But the article is interesting for a different reason. Read it and marvel at what has become of our national press gallery – reduced to milling about in cliques and engaging in whispered debate over how to obediently divvy up the meager allotment of questions they’ve been granted by a Prime Minister too arrogant to expose himself to scrutiny, too fragile to agree to anything so risky as a follow-up query and — someone has to say it — too gray now to use Just For Men without us all totally noticing.

Reporter No. 2: Just don’t make eye contact with him – I hear he’ll turn you into a newt!

And how does the press gallery express its displeasure at the lack of access to the Prime Minister and encourage him to change his ways? By dutifully reporting – often without challenge – any allegation he makes whenever he deigns to appear in front of a camera.

Oh, yeah – the Liberals and the other opposition parties are really pushing for an election. Because you’d never want to let an opportunity like “28 per cent in the polls” just slip away.