The rare brilliance of 'Bright Star' 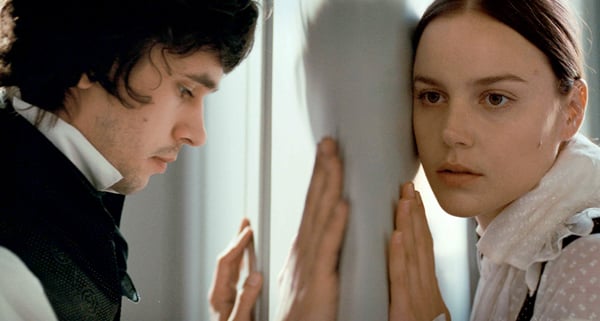 I cannot recommend Bright Star too highly. Here’s an expanded version what I wrote about the film when it premiered in Cannes last May:

From the opening frames, as the camera luxuriates in the deep-flowered meadows of early 19th-century England, Jane Campion takes us into the bright, beating heart of Romantic movement, that fleeting place of truth and beauty, youth and reverie.  Bright Star conjures poet John Keats  through the eyes of the woman who becomes infatuated with him, only to see him die of consumption at 25. The love and the death both unfold at an exquisite pace, as a poetic courtship.

This is  Australian director Jane Campion’s first feature in six years, and her best since The Piano (1993). Her previous movie, In the Cut, was an intimate contemporary thriller about sex, death and poetry; Bright Star is an intimate  period romance about love, death and poetry. Big difference. Although I was among the minority that appreciated In the Cut, it was too clever by half.  Bright Star is  deceptively simple, and radiant. It should leave audiences  swooning, though I suspect women will like it more than men. 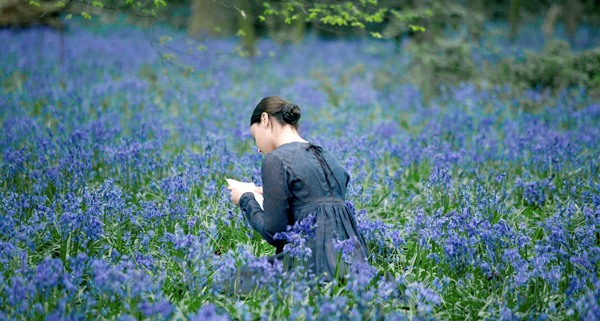 Flower power and the old New Romantics in 'Bright Star'

Some hard-boiled male critics may indeed be quick to dismiss this tender drama as too soft and decorous.  Bright Star does, at first blush, seem rather conventional. It’s an unapologetic romance in which a coquettish seamstress named Fanny Brawne (Abbie Cornish) becomes hopelessly besotted with the boy next door, John Keats (Ben Whishaw). Their romantic  prospects are first dimmed by the poet’s inability to support a wife, then cruelly erased  by his untimely death. Which only makes for a more powerful love story, one that is nipped in the bud. There is a Romeo and Juliet quality to their unconsummated romance. Yet for a 19th century tale, it seems so lithe and modern, perhaps because Keats and his colleagues were at the forefront a movement in which everything felt new. They weren’t the New Romantics; they were the Old Romantics, but they were new at the time. In portraying a love thwarted by the strictures of the time, Campion also pushes the sexual politics. At the risk of anachronism, she pays lip service to feminism by going out of her way to suggest that Fanny, who’s proud of her talent in designing clothes, would be star couturier in a more enlightened era. Maybe. But in fact she’s a lovesick girl enslaved by her passions, and entranced by Keats’s poetry, even though she has trouble deciphering it. Regardless, Campion doesn’t flinch from portraying their young love as the most precious thing in the world.

From the lush pastoral tableaus to the slow-burn of seduction this is pure, unmitigated romance untainted by irony. Yet the words and ideas that pass between Keats and Brawne have sharp edges. As a gorgeous period piece, this film may seem conventional. But if that’s the case, why does it seem so rare? I can’t remember the last time we saw a movie remotely like it. So spare, so intense. Campion surrenders the film to her two leads, who are superb.  And how refreshing it is to see a romance that for once is not a romantic comedy. Of course, when one half of the equation dies at 25, the potential for comedy is limited. Yet there’s plenty of dancing wit in the dialogue as flirtation escalates to passion. In the end, what’s inspiring about Campion’s film is the unfiltered quality of its emotion, and its open embrace of romantic love and Romantic poetry in the same sweet, tragic breath.