The seductions of history

Opening Weekend: Reviews of 'Che,' 'Stone of Destiny' and 'The Necessities of Life' 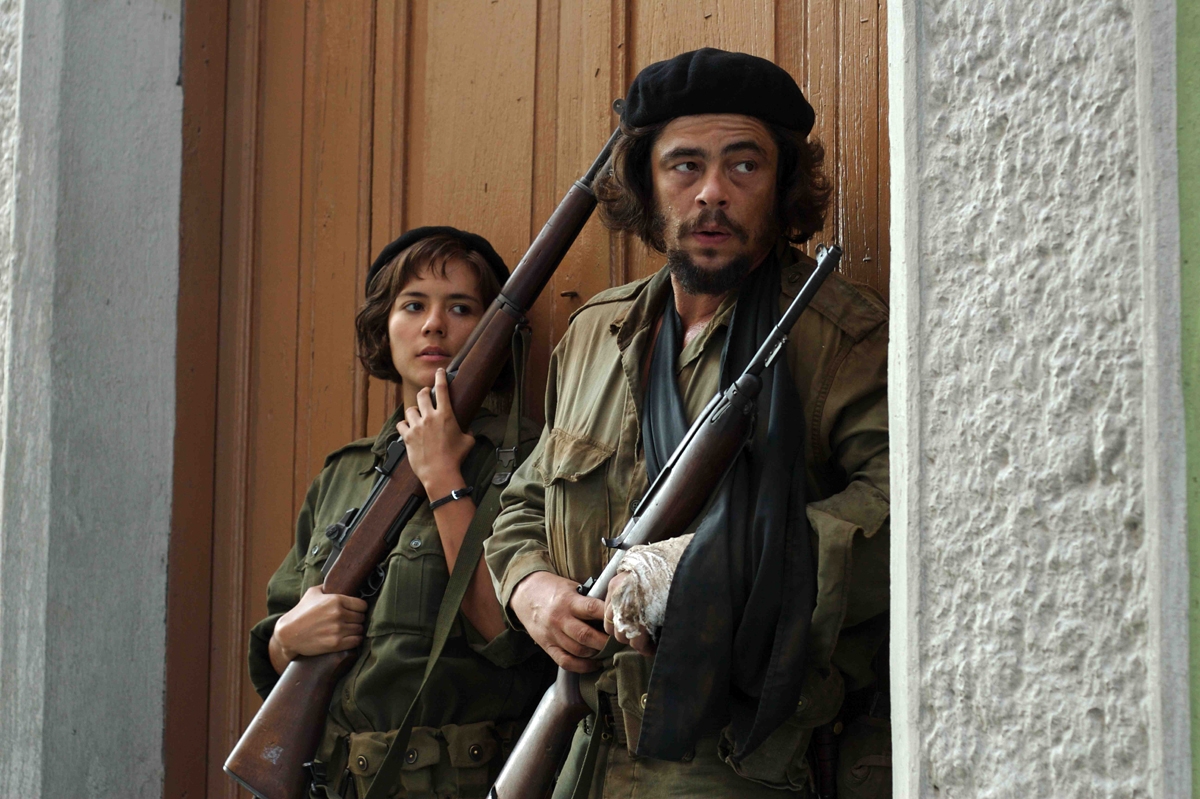 Opening this weekend are three very different movies that try to seduce us with history. At the centre of each is a heroic male engaged in a romantic struggle: in the marathon docudrama of Steven Soderbergh‘s Che, a t-shirt icon is brought to life; in Charles Martin Smith‘s whimsical romp, The Stone of Destiny, a guerilla prankster tries to steal back a relic of Scotland’s birthright; and in Benoît Pilon‘s feature debut, The Necessities of Life, an Inuit hunter suffering from tuberculosis in the 1950s is shipped from Baffin Island to Quebec City, where he fights to escape an alien culture. The latter two pictures qualify as Canadian, although there’s not much trace of Canuck pedigree in the soft-headed Scottish nationalism of The Stone of Destiny, which is a Canada-U.K. co-production. It’s a cute caper film with picturesque locations and charming actors, who do their best to make up for a slack drama. To call it a pleasant, watchable picture is to damn it with the faint praise that it seems to solicit. The other two films fall into the opposite category—they are easier to admire than to enjoy. 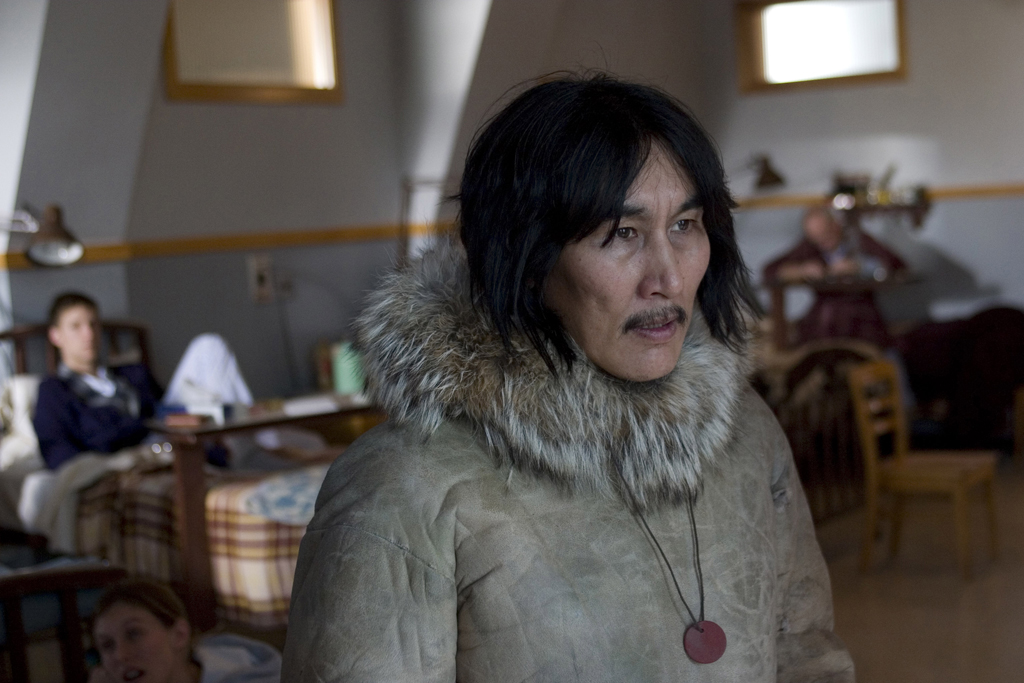 The Necessities of Life (Ce qu’il faut pour vivre) has received significant acclaim, including seven Genie nominations, and you can see why. It’s an immaculately crafted, deeply distressing drama with noble hero struggling to overcome historic injustice. But this chronically Canadian picture is agonizing on so many levels—its aching beauty, its tortured pace, and the unrelieved trauma of its story. It’s hard to spend the better part of a movie in a ’50s tuberculosis ward with people who are coughing, and occasionally holding tissues to their mouths to catch whatever is coming up. Which is not to say The Necessities of Life is crude or lurid; on the contrary, its horror is remarkably delicate and subdued. But it’s like a prison movie set in a hospital, and after a while the claustrophobia becomes palpable.

The film stars Inuit actor Natar Ungalaaq, who is best known for his extraordinary performance as the man who sprinted naked across the Arctic ice in 2001’s Atanarjuat (The Fast Runner). This is a more austere drama with much less plot, action or dialogue. It’s also a more intimate piece, and with the whole movie resting on his shoulders, Ungalaaq not only proves again that he is a superb actor, but that he has the kind of face you never get tired of watching, with a searching gaze that that becomes mesmerizing in the silence of an extended close-up. But the story, scripted by Bernard Émond, is so spare, and its world is so bleak, that Ungalaaq’s performance seems to take place in a void. That sense of isolation, is no doubt, exactly what the drama is trying to convey. But for the viewer, its tough sledding.

Ungalaaq plays Tivii, a proud hunter who is taken from his community in Baffin Island and incarcerated in a Quebec City tuberculosis ward where no one speaks his language. So for a long time the dialogue unfolds as two subtitled solitudes—everyone speaks French, except Tivii, who speaks Inuktitut, and no one understands what the other is saying. A nurse (Éveline Gélinas) befriends Tivii and introduces him to an Inuit boy, a TB patient who speaks both French and Inuktitut. Finally the characters can converse, and a makeshift family is born.

I won’t reveal any more of the plot, except to say that it proceeds with slow, inexorable rhythm and considerable pathos is involved. Despite the movie’s obvious virtues, The Necessities of Life essentially lacks human conflict, one of the necessities of drama, although one could argue that cultural incomprehension is a form of conflict. All three central characters are utterly good and nice. As is the case with too many Canadian films, the only real conflict is between the protagonist and his environment—in this case a landscape of colonial oppression. In this prison, he finds expression by carving beautiful objects and drawing gorgeous animals. But despite the authentic grace of Ungalaaq’s performance, there’s the actor cannot escape being the proverbial noble savage trapped in a sentimental lens.

I haven’t seen Che since sitting through this four-and-a-half hour, two-part epic at its world premiere in Cannes last May. Just haven’t found the time to screen it again, although I would welcome the opportunity. Despite the movie’s length, and its perverse refusal to colour the story of Che Guevara’s military campaigns with Hollywood biopic details, this is a thoroughly absorbing saga, and Benicio Del Toro’s performance is masterful. To read my first impressions of  Che, blogged  during Cannes, click on: Going Hungry With Che. And for the feature on Che that I wrote for the magazine during the Cannes festival, click on: He’s No Angelina. 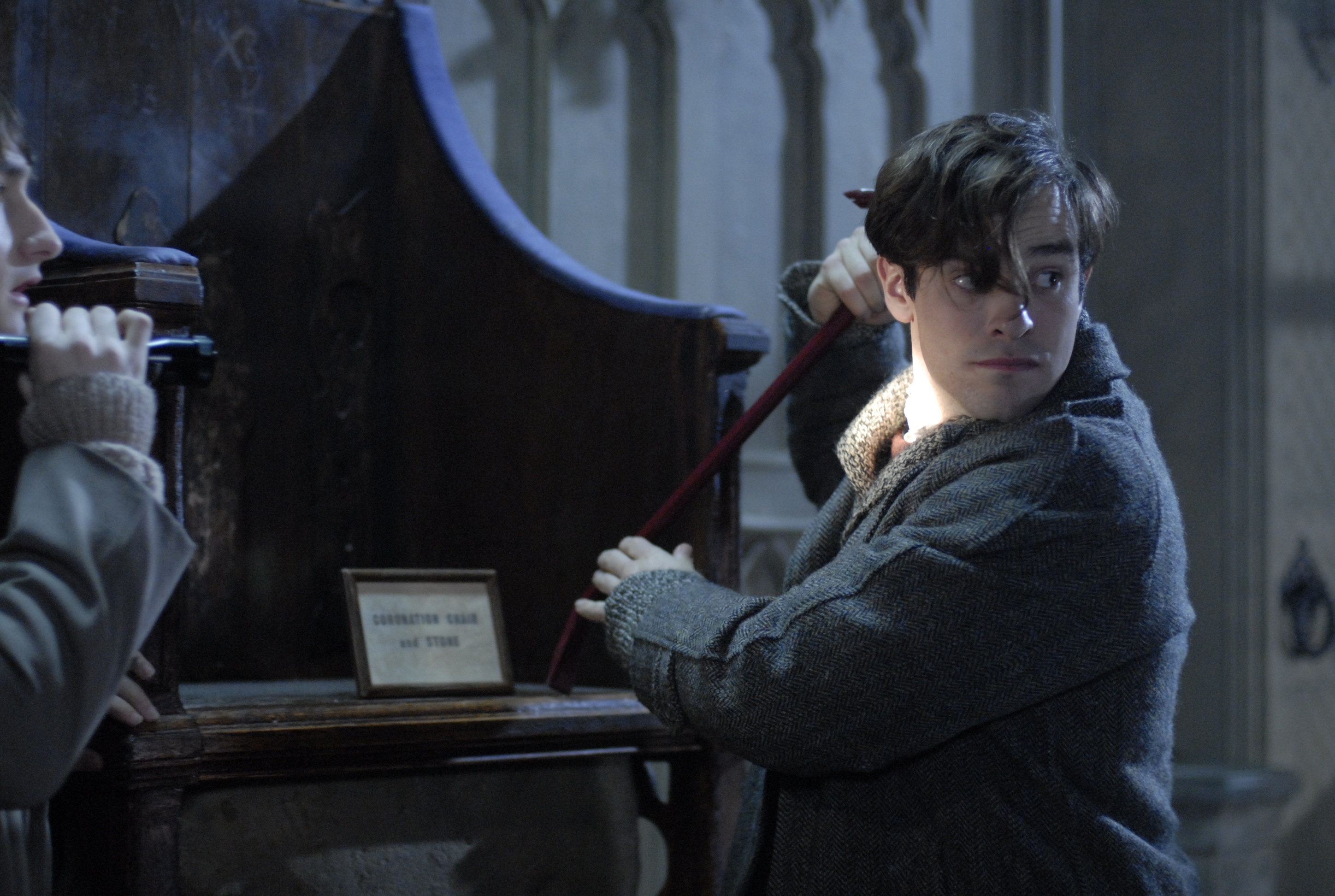 Charlie Cox as the young heist mastermind in 'Stone of Destiny'

Charlie Cox is the charismatic British actor who stars as Ian Hamilton, the intrepid Glasgow University student who succeeded in swiping Scotland’s sacred ‘Stone of Destiny’ out from under the Coronation Chair in London’s Westminister Abbey, and returning it, at least briefly, to the ancestral homeland. The movie, which served as the closing night gala at the Toronto International Film Festival last September, is the kind that gets called “an audience picture” rather than a critic’s favorite. And I’m afraid to count myself as one of those curmudgeonly critics who was underwhelmed by its folksy period charm. Led by Cox, the actors do a fine job of bringing the story to life. But the script, which unfolds as a frolicking comedy of errors, never quite reconciles its comic tone, which treats the whole thing as a lark, with the climax’s plangent note of Scottish nationalism, which invests the caper with more significance than the drama supports. The whole thing, including the half-baked romance between Hamilton and the lovely-lass-riding-shotgun (Kate Mara), plays like a cute period concoction, replete with adorable movie moments. And credibility suffers. Also, call me a cynic, but I do feel a bit weird watching a Telefilm-financed Canadian co-production about the fabulous romance of Scottish jingoism. If there’s not enough Canadian nationalism to put our movie muscle behind, I guess this shows that we can always outsource it.