The Taliban: local or international thugs? 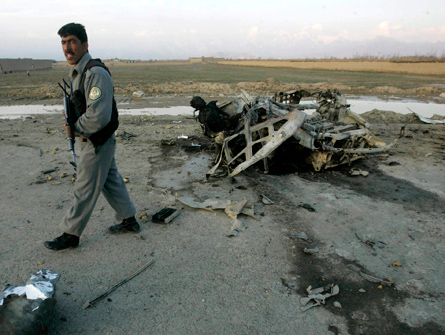 Prime Minister Stephen Harper seems to think the Taliban and al-Qaeda are two very different entities – one of which poses a threat internationally, and the other a deadly but local nuisance. Here he is speaking to the Financial Times over the weekend:

“The Taliban is primarily a domestic force, not to say that it isn’t a source of significant instability and one that the Afghan government currently can’t manage on its own, but that is very different than al-Qaeda, whose target is the United States and the developed world.”

Harper is not alone in this view. And there is some evidence to support it. Few if any Afghan nationals have been tied to international terrorist attacks in places like New York, London, Bali, and Madrid. And if the Taliban are strictly an Afghan problem, sending Canadian soldiers to confront them, while noble, isn’t necessary to protect Canada from future terrorist attacks.

I personally don’t accept this argument. I think the fact that the Taliban gave al-Qaeda a base in Afghanistan the last time they ran the country is a good enough reason for Canada to fight to deny them control of territory in Afghanistan today. But I also think that Harper, and others who hold to the theory that al-Qaeda and the Taliban are distinct threats, misjudge the level of cooperation and integration between the two movements.

This is something I’ve discussed several times with the Pakistani author Ahmed Rashid, the world’s foremost authority on the Taliban, and I’ve gone over my notes from our previous discussions.

“The top leadership is very highly influenced by the ideas of al-Qaeda and global jihad,” Rashid said in a 2007 interview, describing how the Taliban have evolved. “In that sense the top leadership has moved on from where they were in the late 1990s, and of course that makes them more intransigent and more difficult to talk to.”

He described the level of cooperation between al-Qaeda and the Taliban as “very close.”

“We have seen, for example, the Taliban being introduced to Iraq, being taken to Iraq, and learning the new tactics and then coming back. And more Arabs coming from Iraq to teach the Taliban new bombs and new improvised explosive devices, and all the rest of it. That kind of cooperation has been carried on with the help of al-Qaeda.”