The tragedy of Ontario's 'beer commons'

A dispatch from Alberta: land of liquor-retail privatization 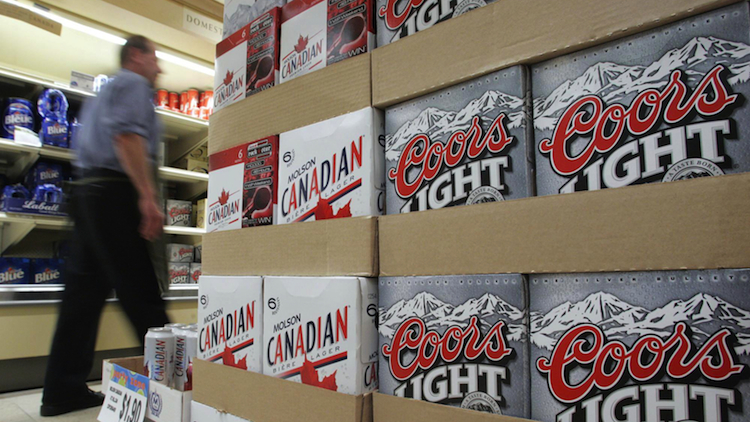 It is encouraging to see so much ridicule being flung at the Beer Store’s “study” defending its role in the Soviet-flavoured Ontario liquor retailing system. The effectiveness of the Beer Store’s white paper depends on its Ontario audience knowing no practical details of freer retail schemes, particularly Alberta’s: yet, by an amusing paradox, the ur-source for the report appears to be Alberta. No one was willing to attach his name to the report itself, but it comes with a foreword by the Parkland Institute’s Greg Flanagan, who deems it a “valuable contribution”—one that, on an unrelated note, makes heavy use of Flanagan’s own past polemics against liquor privatization. What a terrible shame nobody took credit for this excellent document!

I think one sentence emblematizes the self-interestedness of the white paper well:

Although sometimes referred to as a monopoly the Beer Store might be more accurately described as a “beer commons”.

It would take a heart of stone not to laugh at such a verbal pirouette, so reminiscent of the deftness with which the Ontario horse racing industry attempted to defend similar interests against the forces of free trade and common sense. But if you are more interested in the nitty-gritty, the main trick used in the Beer Store report is to uphold average retail prices for beer and liquor as an indicator that Alberta consumers have been played false. The spread in prices is never mentioned; there is no reporting on the standard deviation of Alberta retail prices on like items, for example.

The effect of liquor-retail privatization in Alberta was to put liquor stores in many small towns that did not have them before and on darn near every block in the big cities. Most, by design, are small stores with large markups. Before privatization you had a handful of stores in the entire province, all offering strongly regulated uniform prices. But you might have to travel a long way to get the advantage of these prices; you might have to leave work early to show up before closing, particularly if you intended to load up for a weekend or a party; and you might have to stand in a queue when you arrived. (Ah, memories.) And if you didn’t compute your needs accurately and you ran out of booze at the wrong moment, you were out of luck.

After privatization, there are stores everywhere, open all the time, on every day but Christmas; and you might be charged an extra buck on a 12-pack. Go on: ask 10 Albertans who are old enough to remember the old system if they would like to go back. I’ve actually performed this exercise, and I usually get ten “hell no”s. But if you make your sample a hundred, you will certainly find a person or two in one of two categories: (1) socialists nostalgic for the days when ALCB employees were duly organized, and could shut down all liquor sales in the province by striking; (2) geriatric grouches who really don’t enjoy alcohol and don’t like its ready availability and what’s with those goddamn kids these days with the reefer and the XBox and the hey hey hey.

Leaving the issue of convenience aside, it might seem obvious that having five hundred liquor stores in a big city, as opposed to five, is a natural advantage to the bargain-hunter who cares primarily about price. If this does seem obvious, give yourself a gold star. It is obvious. The Beer Store never compares the lowest prices available in Alberta to the lowest prices available in hyperregulated Ontario.

Similar shell games are played when it comes to the subjects of public revenue and customer choice. The report admits that liberalization caused public alcohol revenues to explode in Alberta, and that you may believe this, here’s another highly amusing passage from the Beer Store’s Economist With No Name:

In the two decades following retail deregulation [alcohol revenues] grew to $687 million… this increase in government revenues over time is cited by some deregulation proponents as evidence that Alberta has not only maintained but increased its liquor revenues.

I give you Alberta, my friends: a bizarre fairytale land where a staggering increase in revenues is “cited as evidence” that revenues have increased.

The report goes on to argue, and by “argue” I mean “just come out and insist”, that the proper measure of government revenue is not the total gross, but the revenue collected “per litre of absolute alcohol sold”. This is what’s known in the hard sciences as “fishing around for an endpoint that seems to make your case most effectively”. Why I as a consumer and citizen ought to care about a quantity calculated on a denominator of “absolute alcohol”, only the gods of horse hockey can say.

As for product selection, the Beer Store observes that the LCBO has a main product list of “around 3,400” items and buys about 12,000 more on consignment by request. It also claims that Alberta’s centralized warehouse imports “over 10,000” kinds of booze, citing a study done, in, er, 2003. Invisible Ghost Economist probably could have called up the manager of the Alberta liquor distributor and gotten a more up-to-date number in an afternoon, but you can’t dial a phone with spooky ectoplasmic fingers. The figure given on the distributor website in the year 2014, however, is “over 20,000” products.

From there the white paper goes on to fart around with averages some more. This will come as a brutal shock, but the mean Alberta liquor store, which is located in a space five feet across between a 7-Eleven and an accounting office, does not have very impressive selection. If you actually live in Alberta, you learn pretty quickly to find the posh stores that do, in fact, have it. Put in the language used by Dr. Flanagan in his foreword,

Beer and inexpensive wines dominate sales, so the small outlets concentrate on these most marketable products. If one were to shop the province it is possible to find different prices and reasonable choice. However, the reality for most consumers is the need to patronize a number of different local retailers to find adequate product choice while at the same time resigning themselves to pay local prices.

To put it in plainer English, Albertans go to one store when they just have a spur-of-the-moment hankering to split a bottle of Jack Daniels with somebody; they probably go to a larger, more price-conscious retailer, probably still in their own neighbourhood, if they want to lay in a proper supply; and they go to Grapes & Grains or the Chateau Louis if they are feeling picky or they want to impress a guest. This brain-splitting phenomenon is known in esoteric scholarly circles as a “market”.

If Dr. Flanagan is truly paralyzed by the quest for “adequate product choice” as he defines it, someone should tell him about LiquorConnect.com, which will, I swear, literally draw you a map leading to the nearest bottle of Bols advocaat. As to Ontario, it certainly makes no difference to me whether it can be made to swallow a belief in the moral superiority of a “beer commons”. If anything I would prefer not to lose such a rich source of perpetual mirth.