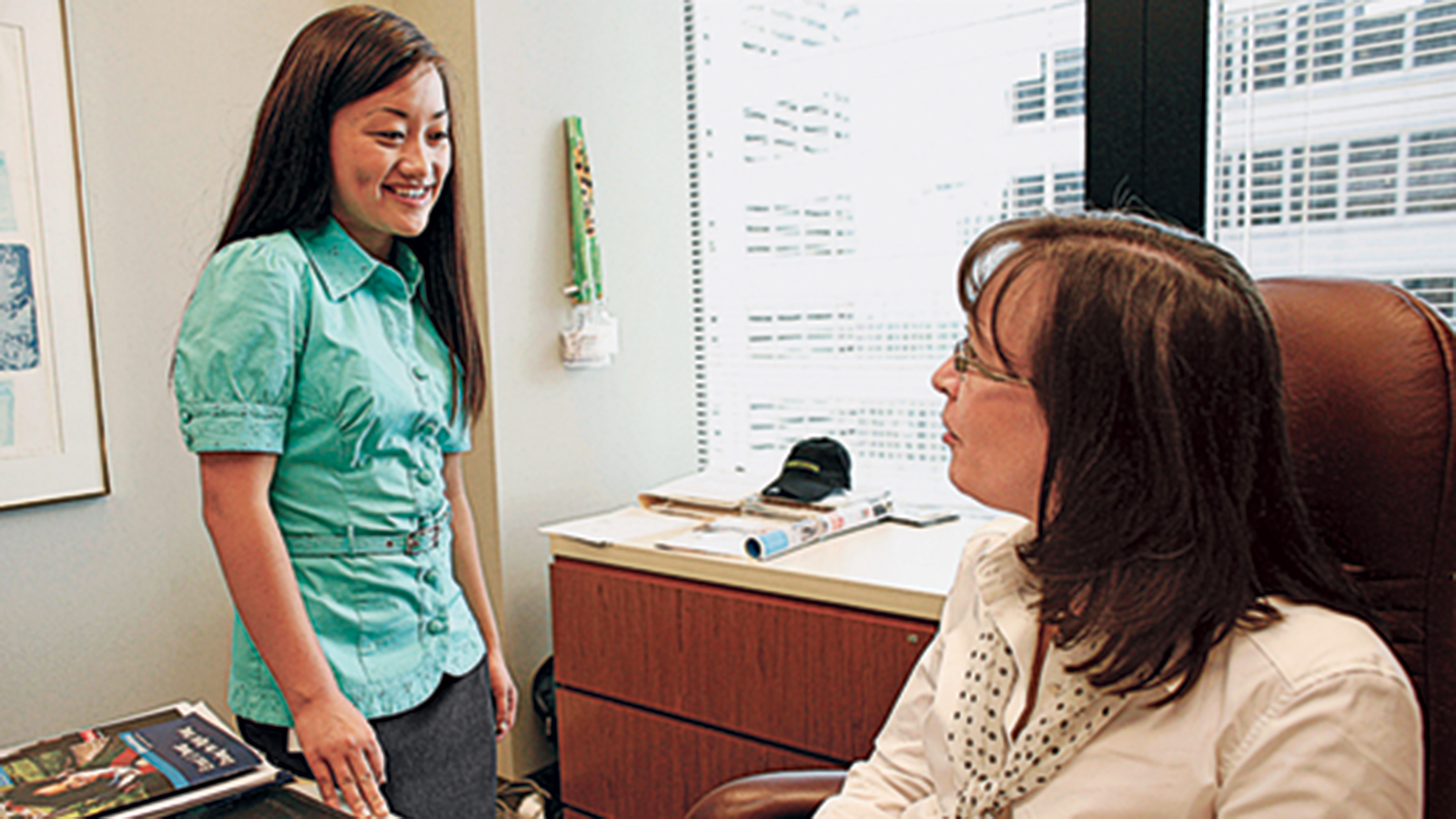 You may have heard that the Ontario government is cracking down on unpaid magazine internships, ordering titles to stop exploiting wannabe writers under vocational programs that are not connected to some institution of higher learning. Note this carefully: Ontario’s law is perfectly comfortable with voluntary unpaid labour at publications. The exploiter just has to have a school on its side—some overseer with a Ph.D. to help wield the whip of economic injustice.

Young left-wingers have expressed approval for the Massacre of the Internships, suggesting that it is uncategorically wrong to extract work from young people in exchange for the promise of a possible job. Advocates of this logic do not seem to have noticed that universities and colleges actually charge hard cash for dispensing credentials, ones which might, or might not, lead to jobs. This magic turns out to be transferable to wicked, greedy media companies, who, unlike universities and colleges, expect nothing from the state in exchange, and know what kind of worker they are looking for. But without the institutional imprimatur, the internships are illegal.

It is at best curious—a sign of a common confusion I have remarked on before, between education-as-training and education-as-uplift. Volunteering effort in the hope of learning something, apparently, improves the soul only if certain formulae are chanted correctly, certain forms observed.

I didn’t plan on writing about the internships until I saw that the Huffington Post had organized a sort of giggly, uproarious wake for them, highlighting not one but two articles on its main page to celebrate the end of all that lamentable abuse. (Maclean’s magazine operates paid internships, but other titles owned by Rogers opted to pre-emptively eliminate some unpaid positions.)

The Huffington Post, in case you don’t know, is a massive digital empire that sells paid advertising while paying writers nada. One of the articles was by a Ryerson journalism grad student who described internships, in words that appeared a few inches below a banner ad for McDonald’s, as “a blatant example of capitalist exploitation.” Having written these words, he presumably returned to an instant-ramen dinner while, somewhere out in cyberspace, Arianna Huffington blotted her lipstick with a $50 bill.

Classical liberal thinkers such as Andrew Coyne have denounced the sudden exercise of the long-ignored law against internships by pointing out that to forbid a voluntary exchange is harm in itself. Students line up around the block for these positions. They may be “exploitation,” but, if so, it is hard to explain why the jobs are ever so much more popular than actual slavery.

This is not only true, it is obvious. But it does not mean that there are not both winners and losers from the enforcement of the regulation. And probably the biggest losers are the young strivers who contribute to the Huffington Post. Unpaid magazine internships have not been eliminated in principle—just made unavailable to those who hope to build a writing career without jumping through hoops of tedious, expensive accreditation. Of course, a journalism grad student—imagine being such a creature!—would applaud. What is good for the guild system is good for him, thanks to his irreversible, inexplicable life choices.

I hope any unkindness will be pardoned, but the HuffPoCrites who clamour against internships stand, by their own “writers should be paid” logic, in the same relationship to me as a scab does to a union man. Their beef is not so much with the corporations who operate internship programs as it is with an unjust universe in which writers are not always paid. But believe it or not, the good ones do tend to get paid eventually. That has been my own experience of journalism, anyway: It was never my serious plan to write for a living, but someone liked the stuff I wrote on a lark for my university paper, and demand kept trending up, and here we are. I might not believe it could happen twice, but I have watched journalism entrap intelligent friends who have things to say, snaring them in precisely the same half-mysterious manner.

All of which is a long-winded way of saying that, if you need to stand in line for an internship, it probably will not help. File clean, interesting copy at regular intervals, perhaps even for the capitalist exploiters at HuffPo, and someone will find you and start sending cheques eventually. If they don’t, you may have misjudged the “interesting” part. Many do.