They Listen To the Rap Music, Which Gives Them The Brain Damage...

A little late to blog about this, but I was reminded of it by Wyatt Cenac’s hilarious Cosby Show tribute on The Daily Show a few minutes ago (check it out on one of the umpteen million reruns on CTV and The Comedy Network): On the Today Show on Tuesday morning, May 19, there will be some kind of Cosby Show reunion. Not that there haven’t been others, but this is the 25th anniversary reunion and we all know that 25th anniversaries are completely different from 20th anniversaries. 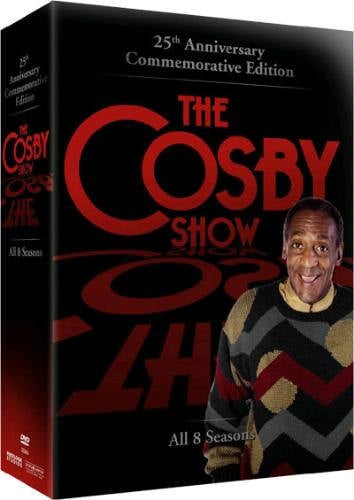 The reputation of The Cosby Show has gone through some interesting twists and turns. Apart from arguments over the show’s representation of racial issues, there were a lot of arguments over whether it presented too idealized a version of family life. (Married With Children was originally supposed to be called “Not the Cosbys.”) It started as an attempt to reverse a particular TV stereotype of family life — the bumbling, well-meaning dad who doesn’t really know how to deal with his kids, a type of character represented by Michael Gross on Family Ties or Bryan Cranston on Malcolm in the Middle. By turning that around and starting from the assumption that parents usually know better than their children, Cosby challenged one TV stereotype but, as often happens, fell right into another one, making the parents so smart and know-it-all-ish that they could seem kind of unlikable — constantly insulting their kids, shooting them down, and refusing to explain their reasons for acting the way they did. It wasn’t new; Robert Young’s character on Father Knows Best was a complete know-it-all jackass most of the time. Still, there are so many doofus dads and sweet moms on TV these days that you have to figure that someone, somewhere, will return to the Cosby model of having parents who get the best of their kids. It can work in small doses; as I’ve mentioned before, the moment in the pilot where Cliff shoots down Theo’s sentimental speech (“Theo, that is the dumbest thing I have ever heard”!) was the moment that turned Cosby into a hit, a cathartic response to decades of feel-good TV speeches.

That’s one reason that Cosby‘s reputation is higher now than it was when it went off the air; people are once again longing for a Cliff Huxtable and, maybe, even a Clair (though she still gives me the creeps). Another reason is that sitcoms went through a rough patch in the last decade, and that revived the legend of The Cosby Show. It was constantly referred to, not just by me, as the show that saved the sitcom when it was considered dead, wiping out the white-bread, stodgily-plotted, generic sitcoms of the early ’80s with its loose plotting, very specific comic style (Cosby’s), and unusual rhythms (connected to the fact that Cosby refused to memorize his lines and the other actors didn’t know exactly what he would say next). It’s gone from being the symbol of The Establishment, which is what it was when The Simpsons went up against it, to being the symbol of the anti-establishment show that comes along to shake up network TV. And because the first season was probably the best — it was the season without any extraneous characters, the season that made the best use of the new style of storytelling and had the most comic energy — it doesn’t have that problem that some shows have where people buy the first season on DVD and wonder what all the fuss was about. So that probably helps a bit.

Speaking of which, if you want to buy a Cosby Show DVD, unfortunately the season 1 DVD set is a mess: Carsey-Werner released it (and several other shows) in cut syndication prints. Due to fan outcry, they reversed this policy, but they’ve never made season 1 available complete as a separate set; the uncut episodes are only available in the complete-series set that Cenac displayed on TDS tonight.