They look so alive, so . . . translucent

Yes, we can make holograms of dead pop stars singing their non-hits, but should we? 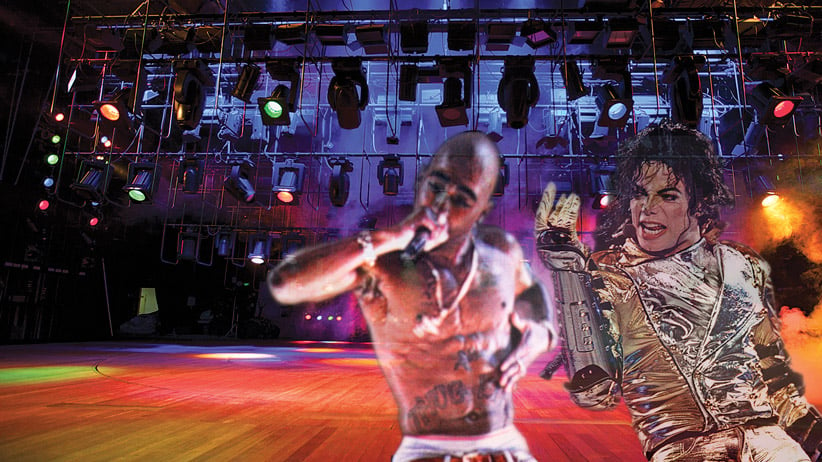 There is so much in our world that confounds and baffles, and makes us stare ahead in bewilderment and ask ourselves, “Why? Just . . . why?”

The “Internet of  Things” hype. Tech nerds are super-excited about how, in the glorious future, your phone will be able to communicate wirelessly with your pants, everything will be connected to everything, and our world will at last become a utopia until none of our technology works and we are forced to return to a barter economy in which chickens are the dominant currency.

Wired.com looked at some of the downsides of the Internet of Things:

Security. A lot of these “connected” devices will not be well-protected, meaning it’ll be easy to hack your toaster oven. Yes, progress will have been attained—but at the cost of countless croque monsieurs.

Complexity. Here’s a story: Our high-tech cable box recently stopped sending a picture to our high-tech TV. The cable technician couldn’t ﬁx the problem. His supervisor couldn’t fix it. They brought in the guy who fixes the unfixable problems—and he couldn’t fix it. Together, these guys set a new record for making sounds that convey confusion and frustration. I counted 17 utterances of “hmmp” alone. Eventually, one of them said: “Your cable box and your TV just don’t like each other.”

Welcome to the future, everyone! Now excuse me while I break up an argument between my iPad and my blender.

Privacy. How would you feel about your employer using “wearable technology” to track your movements? This would raise questions such as, “Where do we draw the line on privacy?” and, among the bosses at Maclean’s, “How long is Scott going to spend in the cereal aisle?” (I’d like to see them choose between Cinnamon Toast Crunch and Golden Grahams.)

Holograms of dead musical artists. Yes, the Tupac hologram was a neat gimmick. And I enjoyed when the Wu-Tang Clan brought out the hologram of Ol’ Dirty Bastard as part of a duet with his son, Young Dirty Bastard. (Although not quite as much as I enjoy the fact that not a single word in that sentence is made up.)

But it’s getting out of hand. Rival tech companies are competing to win the rights to create digital versions of dead pop stars. The centrepiece of the recent Billboard Music Awards was “Michael Jackson,” who’s been dead five years, “singing” a song he’d written 25 year earlier and deemed too terrible to release while he was “alive.” To be fair, the hologram really captured his translucence.

The gift shop at the new National September 11 Memorial & Museum. Let us contemplate the barbarism of that day. Let us cherish the memory of those who were lost. Then, let us purchase a $15 tote bag featuring an image of the towers so that we may continue our solemn commemoration while shopping for avocados and tampons.

In creating the shop, museum executives stressed the imperative of keeping it classy. Just a relevant selection of books. And a few T-shirts and maybe some jewellery. And scarves. You’ve got to have silk scarves. And hoodies, buttons, magnets, mugs, pencils, water bottles, Christmas-tree ornaments, iPhone cases, keychains . . . oh, and mousepads. Obviously mousepads. But other than that: classy.

Anyway, once you make your way through the museum erected to encourage reflection on the very nature of hope and despair, here’s some stuff you can put on your Visa:

This item answers a question that has long vexed Americans: How can I pay tribute to those who perished in the 9/11 attacks while simultaneously showcasing stains from my head sweat?

“What does his orange vest say?”

“What does he search for?”

What better way to say, “I visited a commemoration of our nation’s darkest day, but, look, I’m not going to break the bank to brag about it, OK?”