this scarlett johansson post not (entirely) about her anatomy

As much as I admire and respect the many fine attributes of Scarlett Johansson’s thespian ability, charming personality and chest, I was fully expecting to hate her album of Tom Waits covers. I’d even gone so far as to commission a whole new batch of synonyms for “awful.” (My personal favourite: crapysmal.)

The outlook for the CD only got worse when it was revealed the first single would be Falling Down, whose second line is, “Come from St. Petersburg, Scarlett and me.” Oh look – she wanted to sing the song because it’s got her name in it! Instruct the Teamsters to clean out the last stray remnants of Stars Are Blind and fire up the Celebrity Vanity CD Shredder. (Note to Teamsters: If you find bits of Heidi Montag’s vocal cords in there, just don’t ask any questions. It was a pre-emptive strike on my part and I stand by it.)

So imagine my surprise when Falling Down turned out to be not just not bad but actually pretty good. (It’s available now on iTunes.) There’s a wee bit of a Nico vibe to it. Some suitably atmospheric production from Dave Sitek of TV on the Radio (now here’s a guy who’d be perfect to give Cowboy Junkies both a better record and a career boost). Plus there’s just something appealing about a really hot chick singing: “Go on take a swig of that poison and like it/Don’t ask for silverware, don’t ask for nothing.”

Upside: if the rest of the record turns out to be as good, I’ll be able to save the word “dreadifying” to describe what Jamie Lynn Spears is wearing here: 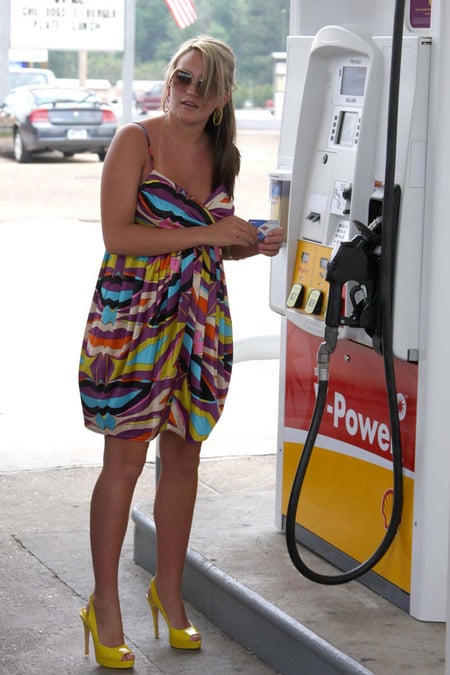