This week in Brent Rathgeber

His bill dies, while he votes for and mocks the government

Kady O’Malley considers the parliamentary significance of Brent Rathgeber’s decision to kill what used to be his bill. I think I basically agree: if a government or party leadership doesn’t agree with a private member’s bill, it is entirely free to do whatever it can to defeat said bill, but matters get a bit weird when a private member’s bill is changed against the wishes of said member. Now, we can get into a discussion about how and whose behest Mr. Rathgeber’s bill was amended at committee, but even if the Conservative MPs who amended the bill did so entirely of their own desire, there might still be an argument for leaving a private member’s bill be unless the sponsor consents.

Meanwhile, Mr. Rathgeber remains an interesting case study. On Wednesday night, shortly before his attempts to regain control of his bill failed, he voted in favour of a motion to approve the government’s budgetary policy in principle. The next afternoon, he stood in the House and mocked the government’s advertising of the Canada Job Grant.

Mr. Speaker, I would like to congratulate the government, specifically Employment and Social Development Canada on winning yet another prestigious Teddy Waste Award yesterday. The Canadian Taxpayers Federation holds this annual black-tie event to celebrate the best of the worst in government waste.

Employment and Social Development Canada was awarded the federal Teddy for its $2.5 million wasted during the 2013 Stanley Cup playoffs, advertising its non-existent Canada jobs grant. If it is going to advertise a non-existent government program, why not do so during the most expensive advertising time that taxpayers’ money can buy?

Despite assurances of progress from the Minister of Employment and Social Development, the Canada jobs grant program still does not exist, and I eagerly await the 2014 hockey playoffs to see if this Teddy will be successfully defended.

Seriously, I would like to thank the Canadian Taxpayers Federation for its commitment to protecting hard-working taxpayers, an important function that the Conservative government abandoned long ago.

As I suggested in this piece, Mr. Rathgeber presents an interesting study in the context of the Reform Act—could we get to a situation wherein a Rathgeber (or several Rathgebers) could exist within each party (or most MPs could be slightly more Rathgeberian)? Is that ultimately the goal or the ideal?  (Note: I should say, conversely, that I think the “trained seal” idea is sometimes exaggerated.) 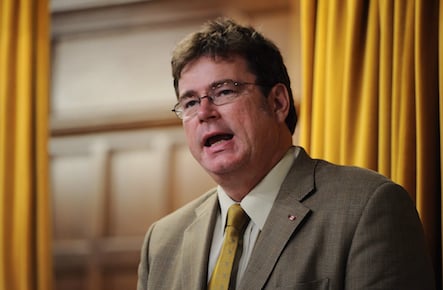 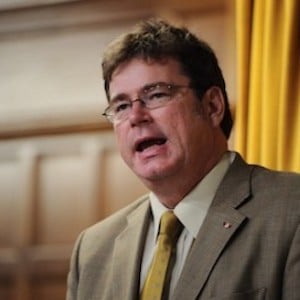