Through the looking glass in Cannes

From the old mastery of Alain Resnais to a to Heath Ledger's final jest, cinema greatest romance is with itself 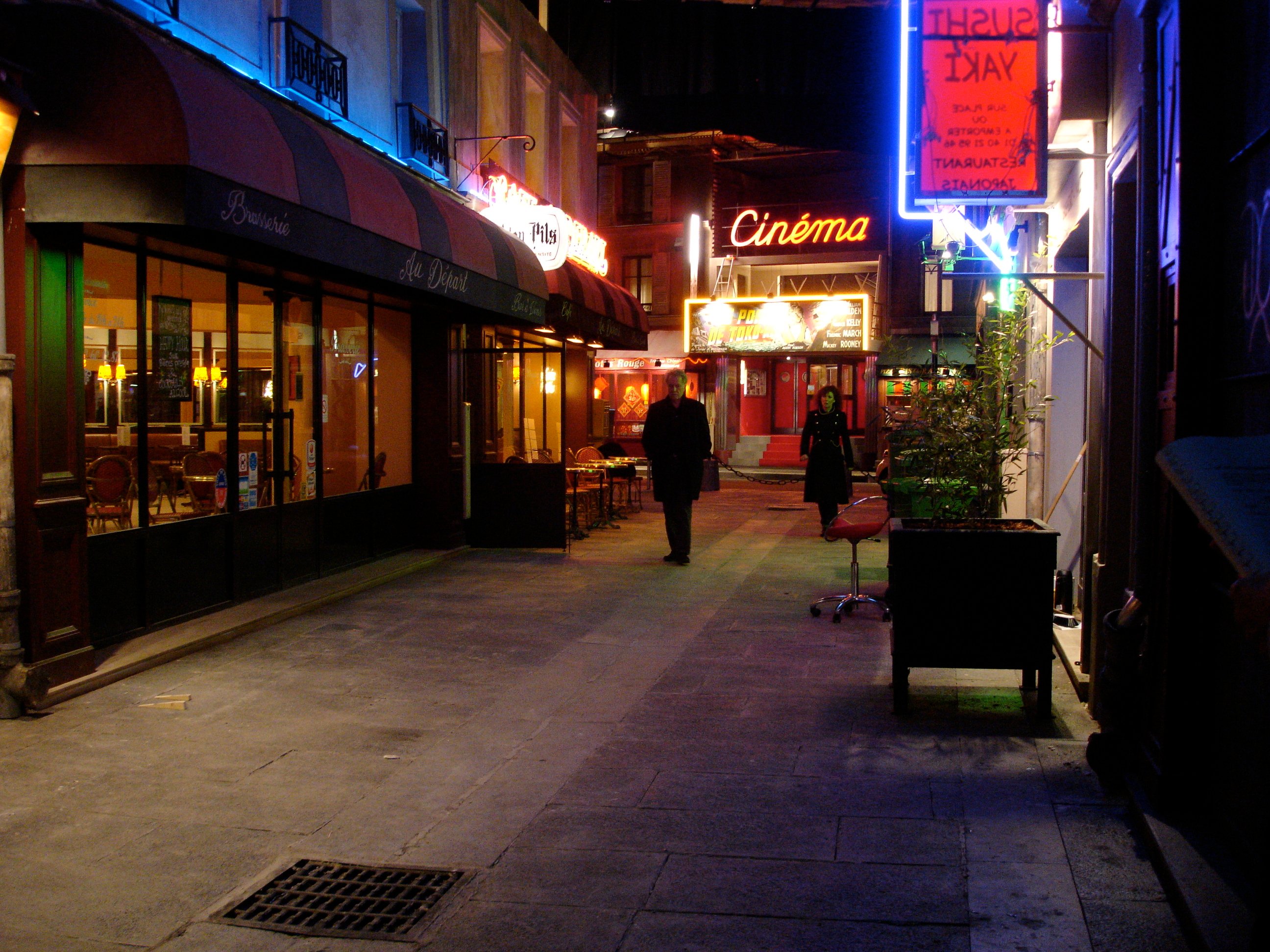 Aside from inventiveness with which filmmakers portrayed brutal violence, the other prevalent trend in Cannes this year was the camera’s tendency to turn on itself. So many movies contained references to cinema, and quite a few had stories that revolved around a film within a film, or at least a show within a show—notably Pedro Almodovar’s Broken Embraces, Quentin Tarantino’s Inglourious Basterds, Tsai-Ming Liang’s Visage, Francis Ford Coppola’s Tetro and Terry Gilliam’s The Imaginarium of Doctor Parnassus. It makes you wonder if world cinema is fleeing the world, and happy to lose itself in its own reflection, like the characters who plunge through the funhouse mirror of Gilliam’s Imaginarium. Quite the vicious circle. You’ve got several thousand film critics obsessively watching films that are obsessed with film. One of the French soldiers in Tarantino’s movie is a film critic. And Isabel Coixet’s Map of the Sounds of Tokyo drew a big laugh from a mass audience of critics with this line: “How can you trust a guy who spends all day in a cinema?” Precisely.

In this incestuous mix of art and life, nothing was spookier than seeing Heath Ledger’s last performance in Imaginarium. His character makes his entrance dangling from a noose. And the film contains references to dead movie stars like Valentino and James Dean finding immortality on the silver screen—allusions that now seem like morbid premonitions. But then movies lend themselves to meditations on mortality. And these days, when every auteur seems obsessed with the Death of Cinema, it was thrilling to see a film by an old man that celebrates its life—Les Herbes Folles (Wild Grass), a gem by 86-year-old French master Alain Resnais, who’s most famous for Hiroshima Mon Amour. Resnais’s movie emerged as the festival’s sleeper hit, and after catching up to it late in the week, I can see why.

It’s a quirky love story that’s fresh, audacious and unpredictable. And although the protagonist is an older man, it doesn’t feel like an old man’s film. The story concerns a stolen and discarded wallet, which allows for a chance connection between the woman who loses it and the man who finds it. After much back and forth, he contacts the woman—irrationally expecting romance to ensue. With a vibrant colour scheme worthy of early Almodovar, a silky jazz score, and a slip-sliding narrative that takes inspired turns, Wild Grass seems both reckless and immaculately controlled. It arrives as a tonic, and makes French cinema seem young again—remarkable, considering that it comes from an octogenarian auteur.

And while we’re on the subject of youth and age, I have to relate this message passed on to me early in the festival by Rick Mercer. It comes from Stephen Dunn—an occasional extra for The Mercer Report and first-year film student at Ryerson University—who had the time of his life in Cannes as the director of a short film that’s in the Market:

In November myself and seven other 1st year film students competed in the Toronto 48 Hour Film Project with our short film ‘The Hall’ a film which I wrote and directed. At the festival we won Best Film, Best Writing, Best Acting, Best Cinematography, Best Editing and the Audience Choice Award, competing against industry professionals that were many years our senior. As a result we went to the Miami International Film Festival this March, representing Ryerson and Canada. We fared really well against the international teams and were labeled as one of the Top 15 international films for 2008 (With the top prize). Our film is to be distributed on DVD and to screen at festivals all over the world. We then discovered that ‘The Hall’ was chosen to screen in Boston on March 30th as one of the best films of All Time in the history of the 48 Hour Film Festival. And finally as a result of all this ‘The Hall’ will be attending this year’s Cannes International Film Festival Short Film Corner in France! This film will be Screened on March 19th and will also be competing in the NFB’s online short film contest. I’m here now and it’s so effing intense. Yesterday I saw 2 films, saw Tilda Swinton, listened to Martin Scorsese speak TWICE and watched Francis Ford Coppola cry from 10 feet away. I’ve been here 2 days and can already say that this has been my most incredible trip yet. A dramatic learning experience, you could say. I hope all is well with you Rick. I hope you’re having an awesome day.
Cheers
Stephen”

Since then, Stephen Dunn has been discovered by Roger Ebert and featured on his blog. There you will find all the news that’s fit to print about his triumph. Although Ebert’s body has been ravaged by cancer and his face is caved in and he is no longer able to speak, Roger’s voice is hardly silent. He remains one of the hardest working men in show business, and the most lucid and prolific blogger in Cannes. By the way, he also provided Dunn’s various links, which I only have the energy to paste:

This festival is a vortex that will suck up all the energy you’ve got. I’m done. Fried. I’m beginning to wonder if Cannes is a young man’s game. But don’t tell that to Roger Ebert. Or to Alain Resnais. Bless them both.