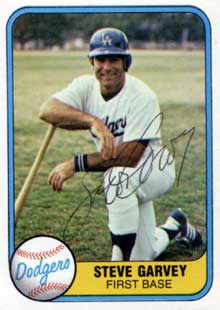 I suppose, like James Poniewozik, I should say something about Tiger Woods, because it’s my duty to fill this blog with as many Google-search-friendly terms as I can. I don’t really know what to say, since Poniewozik’s post says most of what needs to be said, and I’m still not completely sure about what exactly is supposed to be going on (or why it’s any of my business).

The only thing I can really add — though this is hardly a new observation — is that athletics still seems to be one of the last entertainment fields where we really get shocked by the possibility that talented people are not saints. The gossip magazines used to have an interest in portraying movie stars, for example, as wonderful people with perfect marriages. (The breakup of the Debbie Reynolds-Eddie Fisher marriage, which was the most popular union in the history of fan magazines, marked a turning point; after that, people realized that almost any entertainer would dump his wife if an Elizabeth Taylor came along.) This is no longer the case; it’s assumed that entertainers are going to have relationship problems.

But in sports, there’s still an unspoken assumption that being a great athlete makes you a great person. When Morgan Freeman was injured in a car crash with a female co-passenger, and he announced shortly thereafter that he and his wife were divorcing, there were lots of rumours, but not a lot of shock or surprise. Most people understand that Morgan Freeman is an actor and that his personal life is separate from his profession; the fact that he plays wise perfect people on the screen does not mean he will have a perfect marriage in real life. But it surprises people when there are TMZ-level rumours involving Tiger Woods, just as it surprised people when Steve Garvey turned out to be a serial adulterer. (Anybody remember Steve Garvey? He was one of the most famous baseball players in the world, a combination of his great looks, playing in Los Angeles, and flashy batting stats — 200 hits and 100 RBI a year — even though he wasn’t really all that great a player. He was portrayed not only as a talented athlete, but a perfect person, “Mr. Clean.”) The idea that athletes are role models off the field, that their athletic ability proves they’re superior human beings who have everything figured out, has never really gone away.

I suppose it has something to do with the fact that most great athletes, or even good ones, have to have certain widely-admired virtues, particularly a dedication to hard work. (There are very few athletes who can get by on raw talent alone; a Tiger Woods has natural talent that most people don’t have, but he would not be Tiger Woods if he didn’t work hard to develop and maintain that talent.) Because athletes have a strong work ethic, have to stay in shape and do other things that we’d all like our kids to do, there’s a temptation to point to them as role models. And they are, insofar as they embody certain values of professionalism, training, hitting a ball into a hole.

The definitive take on this tendency — wanting to believe that people who perform great physical feats are perfect people in every way — was created by James Thurber in his story “The Greatest Man In the World,” a satire on all the adulation given to people like Charles Lindbergh: not only was Lindbergh portrayed as a great flyer, but as a great man and a role model for children. Thurber’s story imagined a flyer, Jack Smurch, who performs a spectacular feat of aviation in a rickety little plane. When he lands, he’s about to be given a Lindbergh-style publicity buildup, but he turns out to be a crude, nasty, venal slob interested only in money and booze and women. Wanting to preserve the image of flyers as great heroic Americans, the publicity people murder Smurch and give him a posthumous image makeover.

Not that Tiger Woods is a Jack Smurch, or even a Charles Lindbergh (Thurber was prescient about Lindbergh, who turned out to be a less-than-admirable person himself). His life is presumably not perfect, though. And because he’s a great athlete, people are going to be unusually surprised to discover that his life is not perfect.