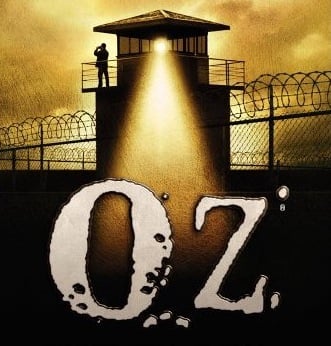 I’m very much liking Treme but can’t add much more (yet) about the show, let alone David Simon. But I thought I would link to this article that appeared last month, about the first David Simon show, Homicide, and its showrunner, Tom Fontana. As I said in an earlier post, I don’t think it’s possible to say that Homicide was “better” than The Wire, if only because the shows were trying to do somewhat different things in spite of their obvious similarities. They are complementary, not competitive. But because a lot of TV criticism isn’t very historically grounded (I don’t mean that as a major criticism; it’s just that most non-recent TV shows are not as easily available as non-recent movies, meaning that TV shows aren’t as routinely compared to what has come before) The Wire‘s similarities to Homicide were not discussed as often as one might have expected. When a new movie is obviously influenced by or connected to a movie from a decade earlier, it leads to a lot of discussion of the older movie, maybe a new special edition DVD, and many more viewings. When a new TV show is connected to an earlier TV show, it winds up stealing that show’s thunder or even burying it completely. So while, as I say, Homicide isn’t in competition with its younger cousin, it does seem like it gets less attention now than it did pre-Wire. Or as Fonana says, “people talk as if it [Wire] sprand fully formed from the head of Zeus.”

This isn’t a new thing for Fontana, because the shows he works on often seem to get their thunder stolen by shows that come later. The most obvious example — more so than Homicide — is Oz. When I talk about the show that turned HBO into a drama powerhouse, I (like most people) instinctively mention The Sopranos. But in fact, Fontana’s Oz premiered two years earlier. It was a breakthrough show for HBO in several ways: their first major success in the field of one-hour drama after years of doing mostly comedies and movies-of-the-week; a show they owned outright (most of their previous hits, like Larry Sanders, were produced by outside studios); a show that made its mark by using the forms and genres of network television and adding in more graphic content than any network would allow. Yet if you asked me “what show put HBO drama on the map?” and I hadn’t had time to think about it, I’d still probably answer “Sopranos,” just instinctively. That’s Tom Fontana; not unsuccessful, not uninfluential, but there often seems to be another show that takes his ball and runs farther with it, or at least gets more acclaim for the run in question.