Travel expenses: 70 per cent of senators take a hint

An interactive breakdown of the Senate's travel spending

Canadian senators have been listening to the controversy surrounding their travel expenses, and have responded en masse. According to an analysis of the most recent senate quarterly expense report (released last week), a whopping 70 per cent of senators have reduced their spending on travel.

Last week, journalist Stephen Maher determined that top Senate spenders reduced their travel expenses from the previous quarter. His analysis was fascinating, but what if last quarter was especially high for travel expenses? Or particularly low? How did the rest fare? 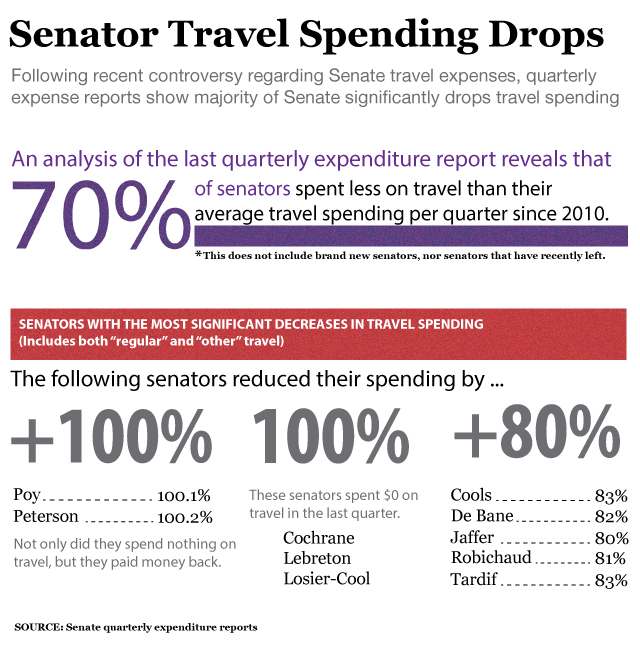 Below is an interactive bar chart comparing each senator’s average per quarter travel spending (in blue) with what they spent on travel in just the last quarter (in red). Note: New senators, and those who have just left, have not been included in the analysis, or the chart.