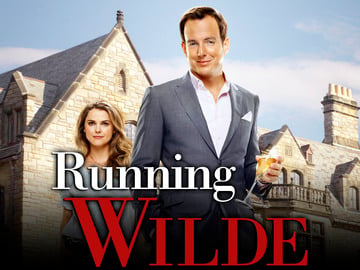 Another run-down of what to expect tonight as premiere week continues. Last night’s ratings brought few big surprises except that Lone Star was a tremendous bomb, something I hadn’t really anticipated — it was so hyped online (the pilot was good, so the hype made some sense) that it distracted attention from the issue of what the show looked like to people who weren’t reading blogs. And if you were just watching the promos, I suppose the show looked like a rather dull soap opera; worse, it featured a man who was cheating on two women (and suggests he loves them both, of course) and presented him as the hero. Good though the pilot was, smarter people than I seem to have realized that that wouldn’t fly on a network where, unlike AMC, 4 million viewers is a disappointment.

Now here come tonight’s premieres on the big 4 networks (don’t forget that the CBC premieres the new season of Being Erica tonight at 9, and Stephen King guest-stars on tonight’s Sons of Anarchy):

All very known quantities except for Glee, which has everyone waiting to pounce on it and pronounce that it has the Sophomore Jinx and that the hype is over. I wouldn’t be so sure that the show will decline in quality in the second season; it’s going to get even more meta and have even more gimmicky guests (Gwyneth Paltrow was just announced), but shows like this often take s step forward in their second season, as they have a better sense of what works and what their audience likes to see. The issue is long-term — eventually they give the audience too much of what they think we want, and that’s likely to happen with Glee, a show that wants to give us literally everything we like and double. But a second season could be great fun. (A precedent is My Name is Earl, a similarly all-things-to-all-people show. It burned out badly in its third and fourth seasons, but the second was actually the best.) The real question for Glee is whether the move from 9 to 8 will have any effect on its viewership; despite its links to reality event shows like American Idol, it may not necessarily have the “whole family can watch together” quality that 8 o’clock shows are expected to have these days.

NCIS: L.A. is another known quantity, the main question at this point being when CBS plans to move it away from its parent and try to use it on its own (it’s bound to happen eventually), and if this is going to be the truly CSI-level franchise the network hopes it will become. Raising Hope is from Greg Garcia, the guy who brought you that show I mentioned earlier, My Name Is Earl; in fact, he came up with it almost as soon as Earl was canceled. It seems similar to that show, maybe a little edgier (read, meaner) as befits a Fox show, with a less diverse cast and a marginally less gimmicky premise. I don’t know if this show will be able to avoid Garcia’s basic contempt for his characters, something he’s been demonstrating ever since his longest-running creation, Yes, Dear. But Earl had lots of funny episodes early on (even Yes, Dear had its moments) and this one also might.

Mitch Hurwitz makes another pilot.
Test audiences all revile it.
So they revise, re-vamp, re-shoot
And bring in David Cross to boot.

There’s no clear indication that the show has improved massively from the original pilot (I’m in the “Odenkirk is better than Cross” camp, and Tobias was my least favourite character on Arrested Development, so his presence isn’t a huge plus for me), and Arnett is not the most plausible of leads — he’s very talented, but comes off like a less charming Joel McHale, and even McHale’s show, good as it is, isn’t popular. If Raising Hope does all right, it might be able to hold on to its audience, though. But I wish Fox had picked up Brent Forrester’s multi-camera pilot about the IRS instead; not only did that have a funny script, but it was produced by Ron Howard, and based on Hurwitz’s work since Arrested Development, I trust Howard’s guidance for a comedy almost more than Hurwitz’s.

This isn’t actually the premiere of Parenthood; that was last week. The hour will really come into focus next week when The Good Wife comes back. For now, Parenthood seems to be this season what it seemed to be last season, a solid family drama constantly teetering on the edge of soap, but which hasn’t fallen in yet. I wonder if it might improve even more once Friday Night Lights ends its upcoming and (sob) final season, and Jason Katims focuses more of his attention on this one show. Detroit 187 is another show about fighting crime in the city; the twists are that a) It uses Detroit as the setting, making it at least partly a commentary on current economic conditions (though Detroit has been media shorthand for “dying city” since the ’70s at least), and b) It was originally intended as a mockumentary and the idea was scrapped, cementing the modern rule that the mockumentary format is inherently comic — if you see documentary devices, it’s funny. Just ask Casey Affleck.

Finally, I feel that Dancing With The Stars needs a theme song sung to the tune of “Racing With The Clock” from The Pajama Game: