What you should and shouldn't watch tonight: from 'Modern Family' to 'Hell's Kitchen' 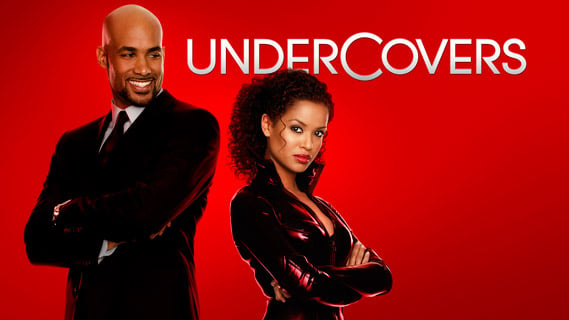 I’m going to use a different format for today’s rundown, because ABC’s Wednesday night block really needs to be discussed as a block. On the Canadian TV front, I was rightly chastised for failing to mention that Shaun Majumder is a regular on Detroit 187, and that tonight’s season premieres include Dragon’s Den and The Tudors. Also, Diane at TV-Eh.com has had some great pieces and links on the new TMN/HBO Canada show Call Me Fitz with Jason Priestly, a very enjoyable entry in the “dark comedy about a dysfunctional anti-hero” sweepstakes. As you might expect, Priestley is very happy to be playing the guy who, for once, isn’t preaching at all the other characters.

Undercovers is one of NBC’s big hopes, being a J.J. Abrams series. The fact that it stars a black couple in parts that aren’t defined by race is also refreshing in this day and age. Because this is basically a light spy show, or seems that way from the pilot, there are two alternate worries about where it might go. James Poniewozik sums up one of the views, that this is a rather unambitious project for Abrams and that the stakes don’t seem to be high enough. You’ll be unsurprised to learn that I have the opposite worry: I think it’s legitimate and, in its own way, ambitious for Abrams to try something different from his other shows — but I worry that he and his team don’t have the interest in (or experience with) episodic TV plotting to create the kind of memorable stories and action set-pieces that a show like this requires. In other words, I think this show could wind up being another Chuck, where the writers get wrapped up in subplots and romance and think it’s okay to have the characters make their escapes in an uninteresting way. Therefore, as with a sitcom, the test for this show may come later in the run, when they’ve exhausted the first batch of plots: do the writers get into a groove coming up with well-crafted, well-structured episodes, or do they start acting like the structure doesn’t matter?

Survivor and Criminal Minds both obviously fall into the “known quantity” category. I find Criminal Minds very hard to watch because it’s like Special Victims Unit only more so: the darkness and grimness of the crimes makes me feel like these horrible crimes are being exploited for entertainment. Its success does kind of go against the instinct to argue that audiences want light escapism: they want to see bad guys brought to justice, but apart from that they’re as likely to want dark as light. (Actually, darkness is something many, though not all, of the CBS shows have in common — Two and a Half Men is surely the darkest comedy on broadcast TV.)

Then comes The Defenders, a show whose title I hate: CBS should not be borrowing the title of one of its great dramas of the past, The Defenders, if it’s not actually a remake of that show. As for the show itself, the casting isn’t really so strange: Jim Belushi and Jerry O’Connell have both done drama before, and both are good actors. Apart from that, the only thing I find particularly interesting about it is that it continues CBS’s policy of commissioning dramas from writers who have little TV experience; the creators of this show aren’t TV people, but wrote the movie The Assassination of Richard Nixon. It’s a bit like the way Fox used to develop animated shows: get a cartoonist with little network TV experience and pair him with an experienced network TV comedy writer. Or, for that matter, what many cable networks do — HBO signs up people like Jonathan Ames and puts them to work writing TV. I find it interesting and counter-intuitive that CBS and HBO/FX have things in common in how they develop dramas, but I think there’s more overlap between the audiences than people realize.

Here’s the gamble that paid off: ABC launched an all-comedy block last year, and (except for the atrocious Hank) it worked. I’m strenuously rooting for Better With You to do better than Hank did, because BWY is the only broadcast multi-camera comedy outside CBS, and every time a multi-camera show flops, executives assure themselves it’s because no one likes the format. (Sometimes I think network executives spend too much time reading blogs and Twitter and think that’s a barometer of public opinion.) But I have a feeling that the show is too generic — heavily influenced by Friends and How I Met Your Mother, and a very schematic attempt to make every couple a perfect match for 1/3 of the viewers — to survive the tough challenge of being the only “laugh track” (so-called) comedy in a lineup. The network will be embarrassed by it and likely pull it in favour of Matthew Perry’s upcoming Mr. Sunshine, which isn’t very good but will be a better fit with this lineup. It’s a shame ABC didn’t pick up The New Adventures of Old Christine, as that was a show that deserved better.

My favourite show in this bunch is The Middle, which has been a workhorse for the network: without a lot of promotion or hype, it’s gotten solid, respectable ratings all through the first season and all through the summer. It’s not a great show, but it is, well, solid: Heaton knows what she’s doing (adjusting her performing style for single-camera much more adroitly than Courtney Cox), and the writers manage to avoid being a complete cartoon of Midwestern life; it’s a relatable family comedy. My problems with Modern Family have been discussed far too much, so I’ll just say I think it should continue to be a success in its second season, and leave it at that. With Middle and Modern Family holding down their spots very well, the other question mark in the lineup is Cougar Town: it has developed into a good show, but its ratings have been quite weak, and I don’t think a Jennifer Aniston guest appearance is going to boost it much.

Then at 10 there’s The Whole Truth, which I have not seen yet, though I’m always glad to have Maura Tierney back on TV. I find it weird that Rob Morrow’s character is named “Jimmy Brogan” — does Jay Leno’s head writer and part time-angel Jimmy Brogan know about this? This is the oddest naming choice since Suddenly Susan had a British guy named after Simpsons writer Ian Maxtone-Graham.

I don’t mean to put down long-running reality shows by saying “known quantity,” but, well, they are known quantities (except American Idol this season, because of the judge shakeups). It should do what it usually does. That’s one of the reasons why a successful reality show is such a blessing to a network: the audience expects most of the cast to change every season, so you don’t have the problem of diminishing returns from the characters: every season is kind of a fresh start.