TV: Retools Are Out

The news that Betty White will appear in the season premiere of Community is a fun bit of overkill, though I don’t see it boosting the show’s ratings all that much; as a commenter points out, she didn’t boost The Middle — a more popular show than Community — above its normal level. (Guest stars are great, but they rarely goose the show’s viewership levels unless they’re very famous people who rarely appear on scripted TV, e.g. Britney Spears on How I Met Your Mother.) The thing about Community is that gimmicky guest stars appear to be the only big change it’s making for the second season — and since they had Jack Black in season one, that’s not actually a change. 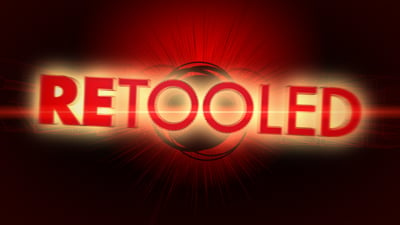 This is one thing that has changed in my TV viewing lifetime: it’s more common than it ever was for a struggling show to get a renewal without being retooled. There have always been shows that got picked up again despite low ratings. But even a decade ago, the normal price for that pickup would have been some obvious changes: new characters, new sets, maybe even a different premise. People who grew up in the ’80s might, for example, remember Perfect Strangers and how after its first full season, several characters were dropped (including one whose actress came back as a different character), and the first episode of the new season introduced a bunch of new characters, a new job for the heroes, a new place for them to work, a better apartment for them to live in. Not to mention an almost completely new title sequence. The retool was the price a “bubble” show paid for being renewed: the idea was that the show had potential, but the ratings demonstrated that it wasn’t living up to that potential, so the network and producers would try a bunch of new things to increase the ratings. Sometimes it would work and make the show better, sometimes it would make it worse, but few shows would return unchanged unless they had a bunch of Emmy awards to back them up.

This is much rarer than it used to be. If you look at the “bubble” shows that are coming back next season — or came back this previous season — most of them have been permitted to go on more or less as they did before. Cougar Town isn’t even changing its title, which almost everybody seems to hate; Chuck always survives intact. These shows may make subtle cosmetic changes, or tonal changes (like the second season of Friday Night Lights tried to take some network notes about making it more melodramatic) or changes that follow naturally from the story arcs the writers have set up, but you rarely see the new season start over with a passel of unfamiliar characters and a fundamentally altered premise.

Like everything else that happens in entertainment, this has its ups and downs. The “up” is that while shows might not hang on as long, they get to be themselves for as long as they survive. Cougar Town might be more popular if they shrunk the cast, brought in a studio audience (something that would probably improve it anyway; except Matthew Perry in Mr. Sunshine I’ve rarely seen someone whose timing was as off as Cox’s in this format), gave Jules a new and funnier job, or the other things that bubble shows used to try in their second seasons. But fans of the show that it has become — and it did end its first season as a smart and entertaining show — would be disappointed. Now it may be doubtful that it will last beyond two seasons, but if it does, those two seasons will be what the show was supposed to be; fans won’t have to talk about it the way they talk about, say, Michael Mann’s Crime Story, where there’s one season of gold and one season of retooled dross.

The “down” is that networks and producers alike sort of let some shows amble on without trying to address their core problems. This may arguably be an “up” as well, since a lot of times retooling just makes things worse. But sometimes it doesn’t, and anyway, it’s not always a bad thing for a show to try something new after doing 22 episodes based on its original premise. But also, the author of the blog Inessentials suggested that in the absence of retooling, networks take more time with the show at the pilot stage, to make sure it fits the network brand. (His example was Burn Notice, where USA retooled it at the script stage to move the location from drab New Jersey to sexy Florida.) I think that’s true, and I don’t think that’s a good thing, really. Pilots are down payments on potential; it sometimes makes sense for a network to pick up a pilot that isn’t perfect, on the basis that it has something that can be developed. This only works if both the executives and writers are prepared to make big changes once they find out what is and isn’t connecting with the audience.

In other words, if Cougar Town fails to get better ratings in its second season, it will be canceled despite having the core of a potentially popular show (including a lead that the audience still likes). Maybe it would make more sense for ABC to keep the core of it and try to build it into something more popular, rather than keeping it on for a year and then replacing it with something else.

But, again, this begs the question of whether it’s better to have seven years of something else, rather than two years of the original. I guess everyone has his or her own personal answer to that question.

Finally, though it’s in no way related to the theme of this post, this is still my favourite Betty White moment, and one that hasn’t been discussed much amidst all the White-mania.