Meet the professors behind the swift assault on C-51 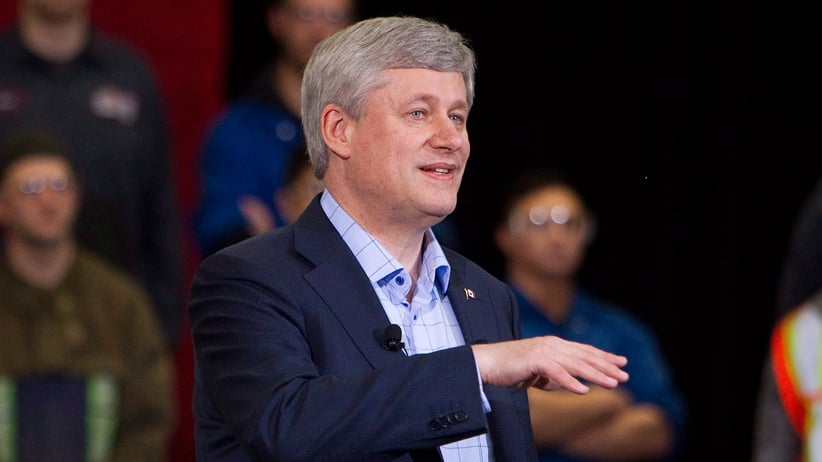 When Harper announced Bill C-51, known at the Anti-Terrorism Act, at a campaign-style event in Richmond Hill, Ont., on Jan. 30, he might reasonably have judged that his government’s response to what he called “violent jihadism” was a sure political winner.

After all, polls show his Conservatives enjoy a solid edge over the New Democrats and Liberals on the fighting-terrorism file. On the policy details, the experts in security law at his disposal inside the federal public service easily outgun anyone in the opposition parties’ research bureaus.

What the Conservatives didn’t figure into their calculations, however, was the scheduling of academic sabbaticals. It happens that both the University of Toronto’s Kent Roach and the University of Ottawa’s Craig Forcese—arguably the country’s two top law professors when it comes to national security—are both on breaks from their usual teaching duties. That gave Roach and Forcese ample time to join forces and mount a swift assault on C-51 unlike anything seen in a federal policy debate in recent memory.

They set up a website, under the stolid banner “Canada’s Antiterrorism Act: An Assessment,” on which they have posted a series of devastatingly comprehensive critiques of the bill—tackling everything from how it would chill free speech, to how it would undermine privacy, to how it puts judges in the unprecedented position of authorizing Charter of Right and Freedoms violations by Canada’s spy agency.

Their fine-grained commentaries now form the intellectual core of what’s emerged as surprisingly vigorous push-back against the Anti-Terrorism Act. Expect to see them citied again and again when the House public safety committee begins hearings into the bill on March 9. Roach and Forcese are slated to be called to testify. The committee won’t hear from anybody more steeped in the subject at hand.

Roach, 53, has been studying the Canadian Security Intelligence Service from the time it was born—even a bit before. As an undergraduate political science student at the University of Toronto in the early 1980s, he came under the thrall of Prof. Peter Russell, who had been director of research for the landmark McDonald Commission on the RCMP.

It was the McDonald Commission’s recommendation that a civilian national security agency be split off from the Mounties that led to the creation of CSIS in 1984, the year Roach handed in his undergraduate thesis on the brand-new intelligence service.

After the attacks on New York and Washington on Sept. 11, 2001, Roach plunged into researching the way security law would inevitably change. His book The 9/11 Effect: Comparative Counter-Terrorism, was published by Cambridge University Press in 2011.

Forcese, 45, is young enough for the 9/11 attacks to have come at a formative moment in his career. He started at a Washington firm, planning to specialize in trade law, just after Labour Day in 2001. What a week to begin working in the U.S. capital. He calls his own experiences in immediate post-9/11 America “banal compared to many,” but the memories are, of course, indelible.

A couple of years later, he returned to his hometown to join the law faculty at the University of Ottawa, as the concerns surrounding international law were being reshaped by the wars in Iraq and Afghanistan. Working regularly with Roach was almost inevitable: According to Forcese, of about 750 profs at law schools across Canada, only five to 10 are closely interested in anti-terrorism law.

Like Roach, Forcese has published big scholarly books, such as 2008’s National Security Law: Canadian Practice in International Perspective, and journal articles. But their online C-51 stuff is different, almost experimental. They call it “legal scholarship done in real time in a highly politicized environment.” (They were concerned when I called to ask questions about them that it be made clear they hadn’t come seeking publicity.)

They didn’t plan their sabbaticals to be free to orchestrate an authoritative dismantling of C-51. That was a coincidence. In fact, apart from anticipating that the bill would touch on speech rights, Forcese says they had no advance inkling of its far-reaching contents.

Previously, Forcese had been mainly critical of the Tories for failing to take a systematic approach to updating security law. “The government has been fairly passive in this area,” he says. “There are a lot of patchwork and Band-Aid approaches.”

Roach says one of the big challenges they face in analyzing C-51 is the Justice department’s refusal to release the kind of explanatory background material that would be routine in, for instance, Britain. “We remain mystified about why they made some of the choices they did about C-51,” he says.

And if Roach and Forcese are mystified, imagine where everybody else trying to understand the Anti-Terrorism Act would be today, had they not been on sabbatical and free to turn this bill into perhaps the most closely scrutinized major piece of legislation of the Harper era.