The "Moonlight and Magnolias" strategy is based on the idea a competitive state is a low-tax, low-wage state 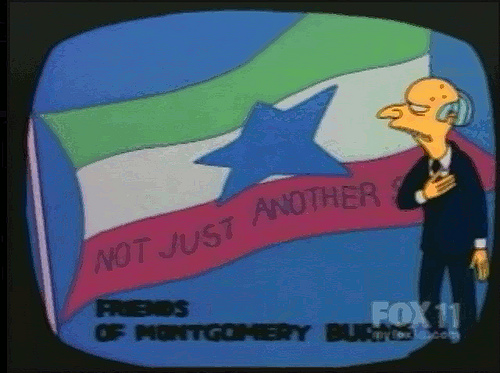 While we don’t know yet how the Wisconsin situation will end, I wanted to highlight what I think is one of the better pieces I’ve read about the whole thing: Ed Kilgore’s “Dixie Madison.” Kilgore is a moderate-to-liberal Southern Democrat who used to be policy director for the now-defunct (and very Southern-oriented) Democratic Leadership Council, and having been through all this before, he explains Scott Walker’s policies in the context of what governors and other legislatures have been doing for decades in the U.S. South. It’s the “Moonlight and Magnolias” strategy, which is partly ideological and partly pragmatic, and based on the idea that the best way for a state to be competitive is to be a low-tax, low-wage state.

So just as businesses move overseas to take advantage of the lower taxes, wages and regulations, businesses within a country may be tempted to move to the state that offers low taxes and a mostly non-union workforce (in the private sector, so labour is cheaper, and in the public sector, so taxes can be lower). As Kilgore notes, it’s unclear that this is actually the best strategy for increasing economic growth in a state, particularly in the long run. But that’s where ideology comes in as well, as Kilgore describes:

Why is this model of economic growth so appealing to the Tea Party? For one, it tends to jibe very well with the Ayn Randian belief in producerism: the idea that “job creators”—business owners—are the only source of economic growth in society, and that everyone else—the workers, government employees, and the poor—are just “useless eaters” shackling those who exercise individual initiative. While many Democrats are baffled by Scott Walker’s attack on the unions—shouldn’t he be focused on jobs rather than eliminating workers’ protections? they ask—the fact is that today’s conservatives believe this is the right and only way to create jobs… [The] conviction that rolling back the public sector, and in the process impoverishing the middle-class families that depend on its services, is essential to keep any costs low enough for corporations to work their magic.

Walker’s decision to strip most public employees (except policemen and firemen, because they’re Real Americans or something) of most collective bargaining rights came as a surprise to many people, who are used to thinking of non-Southern Republican governors as being more liberal than Southern Republicans — or, in some cases, even Southern Democrats. But as Ronald Brownstein points out in The Atlantic, the new crop of Republican governors, particularly those elected in the 2010 sweep, are very conservative; more than that, they are committed to the idea that certain types of investment in the state are not actually helpful, or that they’re traps to run up the state’s indebtedness to the federal government.

This doesn’t have much to do with fiscal responsibility and budgets per se, since they aren’t worried about balancing budgets (that’s a stereotype associated with the older breed of non-Southern Republican, who might cut spending while also raising taxes). They believe, instead, that the future of their states depends on lower taxes, less unionization and less regulation of business. Whatever you think about that, it can’t be explained just be mentioning corporate donors or the Koch Brothers, as some are doing. And it can’t be explained by reference to the Tea Party movement, which, as Joe Carter points out in the conservative publication First Things, essentially consists of traditional religious/economic activists under a different umbrella name. It’s just a sign that Republicans are getting more conservative — and, ideologically at least, more Southern — all over the U.S., and that the two parties continue to split along ideological lines.