'Up' rides high into 3D heaven 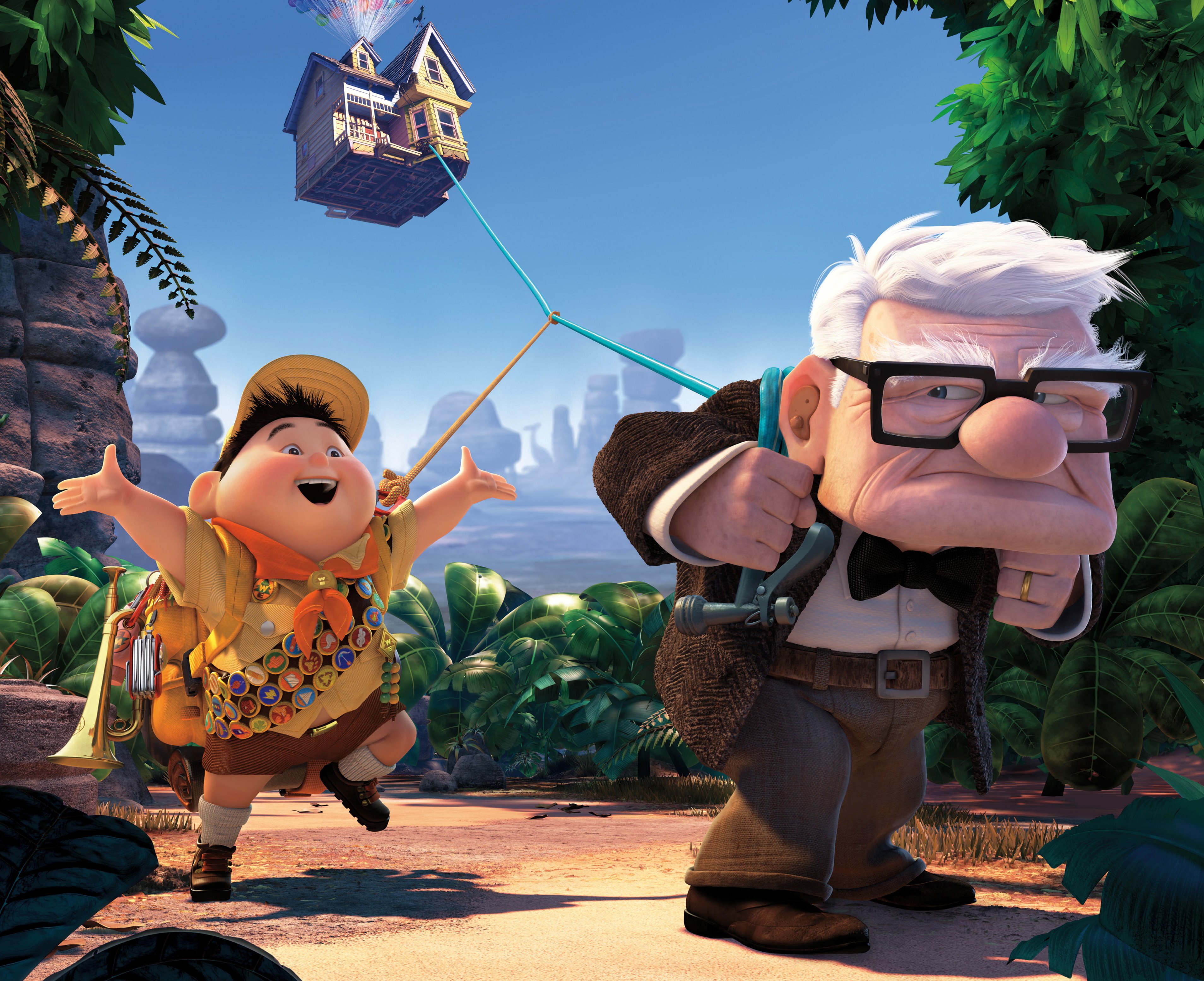 With Up, Disney/Pixar continues to set the bar for animated features. In world where Hollywood studios worship formula, what’s remarkable is that each of their movies is one-of-a-kind. There is no Pixar “house style.” Ratatouille and WALL-E had little in common except a sharply satirical sense of humour and a keen sense of story and character development. Up is not as sophisticated as either of those movies. The wit is less astrigent, the gags are broader and so is the sentiment. It’s more of a “cartoon” in the traditional sense. But it works like a charm in its own way, and I presume it will be more kid-friendly than the previous two pictures. It’s also in 3D, which serves to enhance the animation without distracting the viewer. Yes, you have to wear those 3D glasses. But there was no eye-strain, a minimum of eye-piercing gimmickry, and much of the time I forgot I was watching 3D altogether. In other words, the visuals remain in the service of the story.

Voiced by Ed Asner, main character is a Carl, a grumpy old man who lives in a ramshackle house and is the last hold-out as high-rise development sprouts up all around him. A wonderfully sad and eloquent montage sequence, shows how he got that point—he falls in love with the plucky girl next door, who shares his lust for adventure; they gets married, plans to follow in an explorer’s footsteps to an exotic South American spot called Paradise Falls, then sees his dream fade as they grow old and infirm until he’s a widower riding a stair elevator and using a walker. But as the high-rise contractors move in on his home, Carl has a plan. The former balloon salesman has tethered his house to a mass of helium balloons, which send him, and the house, floating off to S. America—only to discover that he a chubby, over-zealous boy scout has secretly stowed away—determined to win his final merit badge by helping an old man.

Paradise Falls is a kind of South American heart of darkness, occupied by a wild menagerie of beasts, including a wonderfully goofy pack of talking dogs. And at the end of a trail is Carl’s childhood hero (voiced by Christopher Plummer), a scary old explorer who’s like a combination of Errol Flynn and Howard Hughes. A sweet, honestly sentimental tale, Up rides high on a buoyant wit, but has no shame about stooping indulge in the occasional dumb gag. The whole film is imbued with a sense of nostalgia for a wild era of exploration, and a lost world of cinematic adventure. Michael Giacchino’s languid, swooping score is so reminiscent of Around the World in Eighty Days, it’s almost derivative. And, despite the 3D, the animation has a deceptively simple cartoonish modernity, so radically different from the photo-realism of WALL-E.

That makes two summer blockbusters that I would heartily recommend to anyone looking for some harmless fun. The other one, of course, is Star Trek. Both take us to other galaxies, and while Star Trek romances the future and Up romances the past, both transport us into a safe stratosphere of escape that feels both fresh yet strangely familiar.