Video Footage of Everybody Talking About Steroids 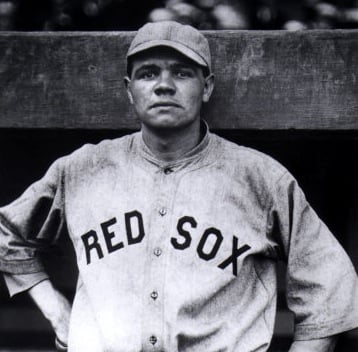 Another day, another steroids-in-baseball report. This time it turns out, to the absolute and utter astonishment of absolutely everybody, that big, muscle-bound sluggers who put up hyper-inflated power numbers in the early part of this decade tested positive for the use of performance-enhancing drugs. Oh, that’s not specific enough? These two muscle-bound sluggers have last names that end in “Z.”

Here’s what you can expect to see every time a TV news show gets a comment from someone who was involved with baseball in the last few years:

Speaking of steroids, Bill James finally weighed in on the steroid issue recently (perhaps realizing that the Red Sox would eventually be up to their neck in this story, as all teams are, and that he’d no longer be allowed to comment on the issue). The thing I tend to agree with is that someday, somehow, a known steroid user is going to wind up in the Hall of Fame. Either they will vote in a steroid user or they’ll vote in someone who then turns out to have used steroids. It’s looking very much like all the great players of the last 10 years used steroids at some point, or nearly all; if the Hall of Fame doesn’t honour any juicers, there will be almost no players there from this era, and that will eventually produce much more public anger than the steroid issue ever did.