What could be on the Raitt tape? 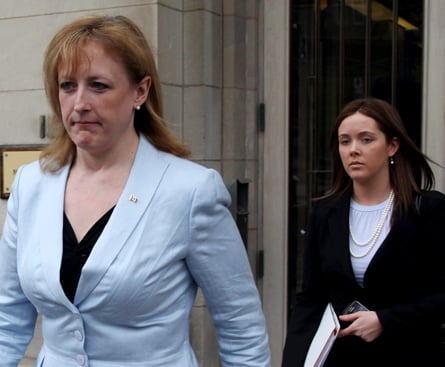 So now Lisa Raitt’s former aide – the one who was recently forced to resign for d’oh-based reasons – is apparently trying to get some sort of injunctiony thing to stop publication of the contents of yet another Mysterious Canadian Political Audiotape (#43 in a series: hurry down to Crazy Gurmant’s Surreptitiously Obtained Audio Warehouse to purchase the complete set. Crazy Gurmant’s – our prices are so low that they can almost see our conception of personal integrity!).

This development brings to mind three points, and one gratuitous swipe.

First of all, as a general rule, it hardly ever ends well when people are taped and their words and sounds are captured for all eternity, does it? Just ask Tim Murphy, Richard Nixon or anyone who bought The Who’s Face Dances.

Second, I recommend patience to Kory Teneycke. Don’t say anything yet, Kory. You have to wait until the audiotape of Lisa Raitt actually comes out before you can declare it “phony,” “doctored” or “pretty obviously Rich Little.”

Third and most intriguing – what could Raitt have said on the tape that’s so damaging/honest? (In politics these are synonyms.) Could she have badmouthed a colleague? Could she have unleashed a profanity-laced tirade? Could she have revealed the Caramilk secret? Is it too much to hope for that she did all three simultaneously?

Finally, at no point should we lose sight of the important journalistic scoop – landed over the weekend by The Globe’s Jane Taber – that Lisa Raitt’s husband weally wuvs her.