Why do you hate love, Tories?

He could have planned the most romantic election ever, but Dimitri Soudas is gone 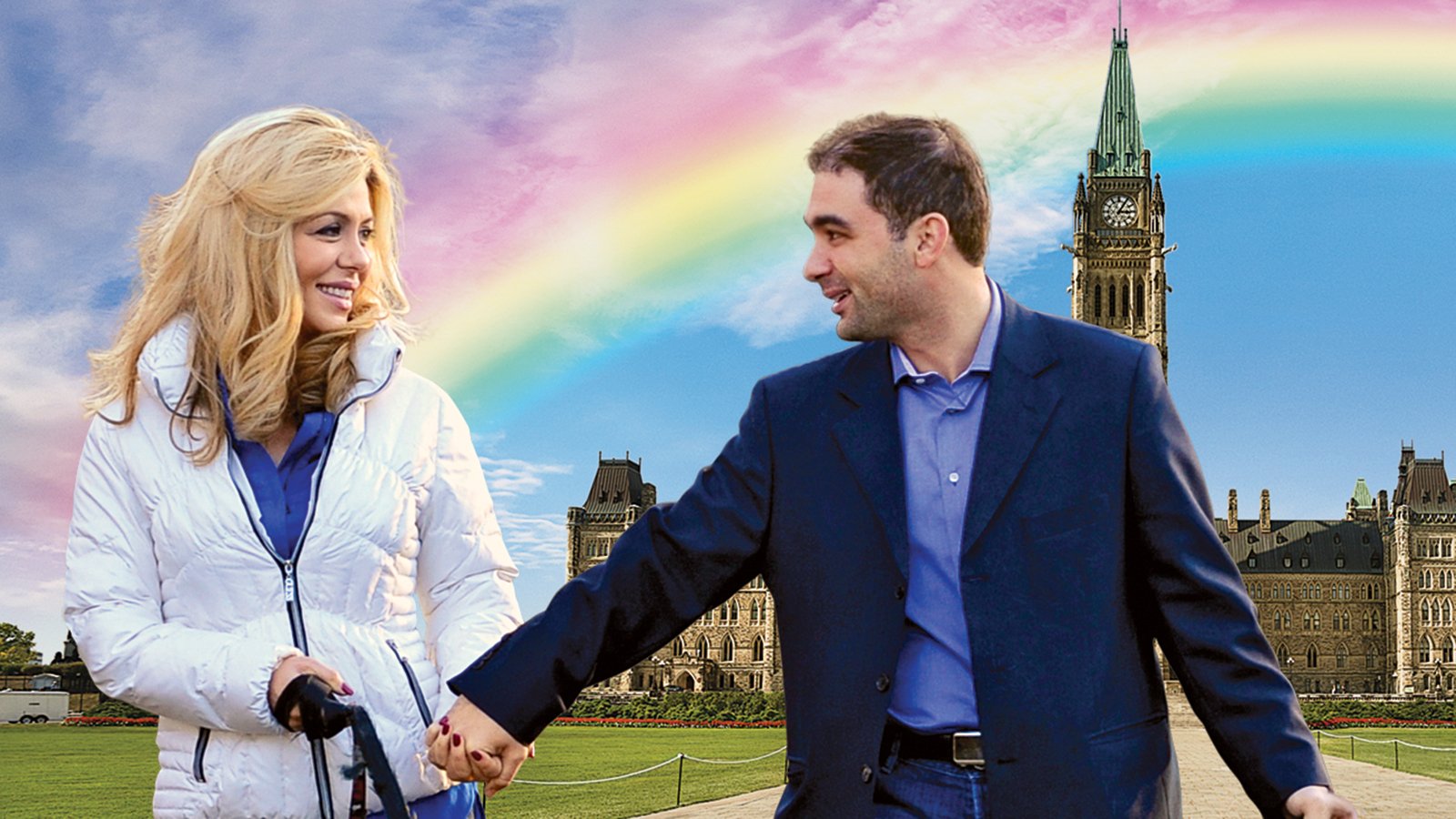 Maybe we’re all being a little hard on Dimitri Soudas, the Harper operative who was ousted from the top job at Conservative HQ. As Soudas tells it, his only crime was being “madly in love” with his future wife. And you know what? People express affection in different ways. Some employ strong-arm tactics to visit swift and brutal vengeance upon anyone foolish enough to resist bending to their will. Others like to cuddle.

Yes, technically, it is true that—in an effort to help his fiancée, MP Eve Adams, win the party nomination in a new riding—Dimitri put passion above reason. He put his heart on his sleeve and his foot on a few throats. But remember: Soudas isn’t just “in love.” He’s “madly in love,” a rarefied level of devotion at which a couple’s daily interactions are automatically transformed into a 90-second montage set to the song Hungry Eyes.

Sure, he broke a few rules, and promises, and tenets of basic decency. But on the other hand: No one puts my baby in a corner . . . especially if the aforementioned corner is geographically located within the electoral boundaries of a riding that would be slightly harder to win. Love means never having to say you’re principled.

Tough days lie ahead for Dimitri. No. 1: He’s out of a job. And No. 2: He’s kind of screwed himself for next Valentine’s Day. How do you top yourself once you’ve gifted your lady an array of coercive tactics designed to ease her path to a lucrative public pension? A charm bracelet just isn’t going to cut it, buddy.

But there’s another loser. Canada loses. We lose out on the possibility of experiencing a federal election as masterminded by a lovesick Dimitri, a man with adoration in his heart and googly eyes on his face. All that’s left for us is to imagine the stump speech he would have submitted for the Prime Minister to deliver during the 2015 campaign:

Have you lost weight, Canada? [Wink.]

I want emphasize that I am a changed man. I see things differently now. When I hear Adele on the radio, I no longer nod to the beat. I nod because I get it.

To that end, I have stopped production of my little-watched YouTube propaganda videos. Instead, I am devoting those resources to directing Pierre Poilievre and Lisa Raitt in a shot-for-shot remake of When Harry Met Sally . . .—except I left out the diner scene, which I’ve never understood. Did Meg Ryan eat something hot? What would ever cause a woman to make noises like that?

Friends, this election is about the kind of Canada you want.

Only a strong, stable, monogamous Conservative government will invest in search and rescue equipment—because that’s the only way we’re going to find that lovin’ feeling.

Only a Conservative government will double the fitness tax credit available to Canadians who are running toward each other in slow motion through a meadow.

And only a Conservative government will provide a subsidy to help low-income Canadians purchase a boom box to hoist above their heads as a flamboyant gesture to wordlessly express fondness for another.

In the interests of full disclosure, our commitment to fiscal prudence means we cannot afford the rights to In Your Eyes by Peter Gabriel. However, the finance minister assures me that Canadians will be able to choose from an array of mid-’80s hits by both Platinum Blonde and Honeymoon Suite.

People of Canada, I must warn you: Not everyone in this campaign feels the feelings that I feelingly feel.

Thomas Mulcair is on record as having a beard, and those things are super-scratchy. Meanwhile, Justin Trudeau’s judgment is very much in question. First, he refused to endorse my constitutional amendment that would strictly prohibit knockin’ in the vicinity of any and all vans that are “a-rockin.’ ” And second, Trudeau has openly mused about investing billions in stimulus to develop 20 additional ways to leave your lover.

My fellow Canadians, these are volatile times. Heartache is lapping at our shores. If Chris and Gwyneth can’t make it work, what hope is there for the rest of us?

Let us stay the course. Let us hold to the values we cherish most deeply: long walks on the beach, prolonged eye contact, antiquing.

But enough about me. How was your day?