With the blonde leading the blind, let the games begin

On the eve of the 61st Cannes Film Festival, the French Riviera is cool and overcast. The local merchants are doing a brisk business in overpriced umbrellas. (With the over-caffeinated Euro pushing a coffee up to $5 here, French waiters now have a currency to match their attitude.) Tomorrow night a Canadian film will open Cannes for the first time in 28 years. Blindness is a co-production with Brazil and Japan. But despite the global pedigree and Brazilian director (City of God‘s Fernando Meirelles), Blindness was initiated and brought to fruition as a Canadian project —by Rhombus Media producer Niv Fichman and Toronto screenwriter Don McKellar, who spent six years adapting the novel by Nobel laureate José Saramago. 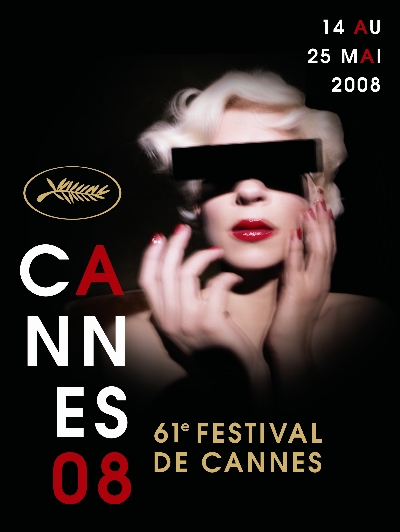 Blindness is an odd choice for an opening gala in Cannes. We’ve become accustomed to seeing the festival kick-off with empty-headed confections, like The Da Vinci Code. Even last year’s opener, Blueberry Nights, was pure fluff, despite its the auteur prestige of its director, Wong Kar-Wai. But Blindness is a high-minded thriller with a strong ensemble cast (including Julianne Moore, Mark Ruffalo, Danny Glover and Gael Garcia Bernal). It’s a disaster movie, but one that subverts and dignifies a genre that’s usually associated with Hollywood excess. Blindness is a strangely elegant disaster picture, one that tries to salvage beauty from bleakness And in Cannes, where the zeitgeist marches in lock-step with the movies, perhaps this allegory about vision and light is perhaps pointing, or groping, to a theme in the program—at least if the official Cannes poster is any indication.

The poster could be captioned ‘The blonde leading the blind,’ which could also serve as a glib tagline for the opening night film. In Blindness, a strawberry blond Moore plays the one sighted person among victims of a blindness epidemic who have been brutally quarantined and incarcerated. I’m not sure what the blurred blonde in the poster is up to. Is she being blinded, censored, masked, naked. . . ? Most likely, all of the above. An appropriate image for a festival that trades in both Hollywood hype and art-house mystique. Cannes is a grand cinematic masquerade. We come here hoping to be surprised and shocked by something mysterious, something we’ve never seen before from cinema. Each year, the odds get longer.

There are some familiar faces. Harrison Ford and Steven Spielberg will launch their Indiana Jones blockbuster amid massive hype on the weekend. Like Spielberg, Woody Allen is playing safe with a premiere outside the competition. Clint Eastwood, who’s almost as popular in France as Jerry Lewis, is joining the fray with a drama called Changeling. (He might have an ally in jury president Sean Penn, who starred in Clint’s Mystic River) Atom Egoyan, who forged his career in Cannes, will attempt to resurrect it with Adoration, which marks a bold return to his art-house roots. And Steven Soderbergh unveils Che, a four-hour, two-part epic about Che Guevera, starring Benicio Del Toro. It’s one of the most hotly-anticipated films in competition. But unknown quantities outweigh proven talents among the 22 features vying for the Palme D’Or. Take Charlie Kaufman. The screenwriter who gave us Being John Malkovich and Eternal Sunshine of the Spotless Mind makes his feature debut with, Synecdoche, New York, which looks to be another post-modern mind-bender. He’s thrown Philip Seymour Hoffman in with a dream harem of actresses: Samantha Morton, Michelle Williams, Catherine Keener, Emily Watson and Dianne Weist. Personally, I’m looking forward to a thriller called Three Monkeys from Turkish director Nuri Bilge Ceylan.

In Cannes, the usual order of the entertainment universe is turned upside down. The auteurs are the stars and the Hollywood hype-artists are the hangers on. It’s the Olympics of world cinema. So let the games begin. I plan to be blogging daily. And I’ve come with a camcorder. So, barring technical difficulties, I’ll also be posting daily video blogs.

In the course of writing this, by the way, the sky has cleared. Even if these games are played in dark, we still care about the weather.