How murdered might you get at the World Cup? And what to do if I'm mugged at gunpoint? 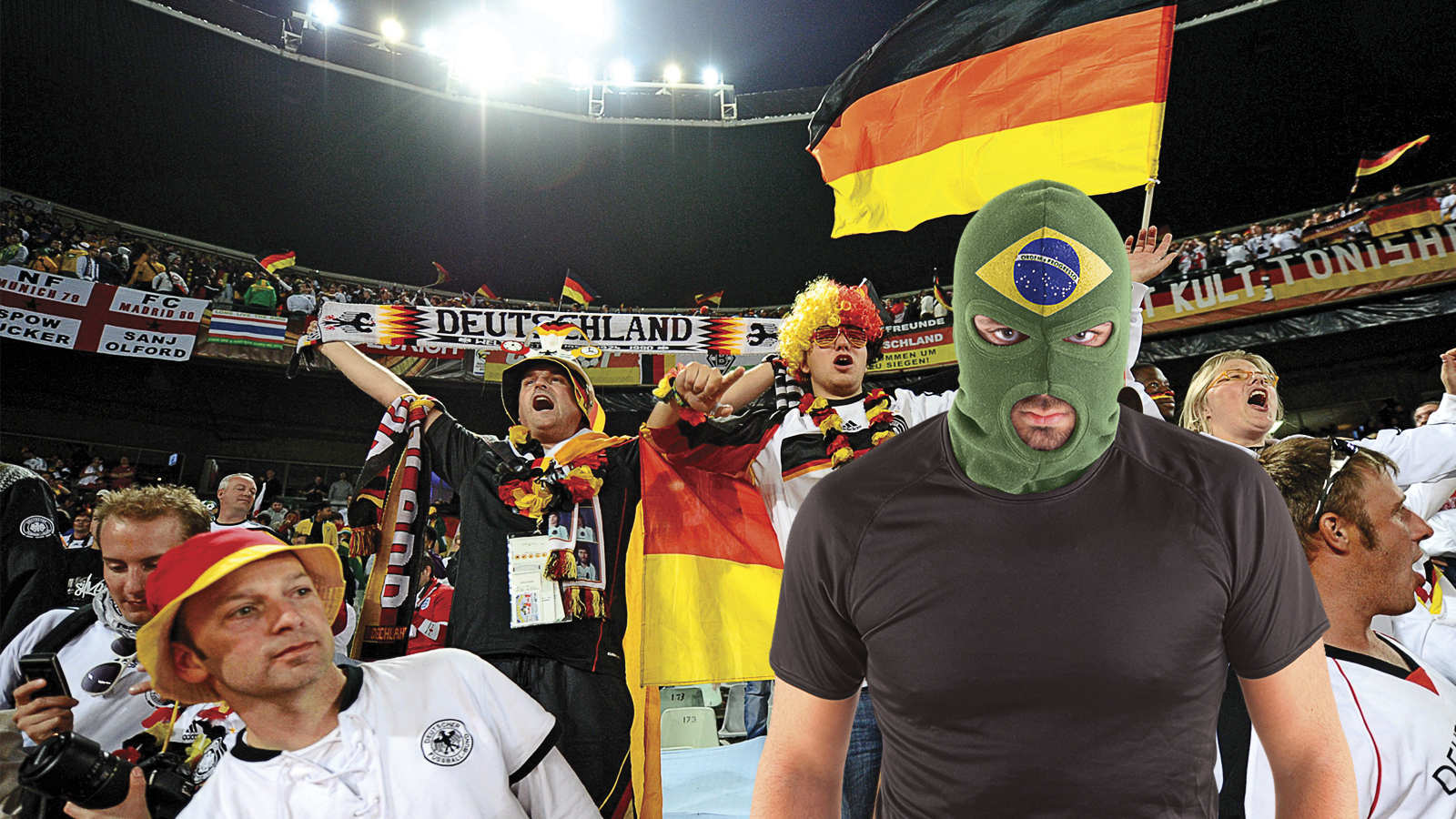 Latrocinios: You know Brazilians are serious about criminal activity if they invented a word for a mugging that escalates into a murder (Photo illustration: Sarah MacKinnon)

How are preparations going?

Excellent! Construction on most stadiums is now “nearing completion.” Many of them even have seats! And listen, one stadium roof isn’t quite done but—and just stick with me here—doesn’t it almost look better that way? Almost like an artistic statement on society’s expectations as they pertain to sporting venues and, uh, can you just smile and nod please? We do not have time to finish that roof.

And the other infrastructure projects?

As the mayor of Cuiabá, one of the host cities, recently said: “A place where public works are in progress is a place that is being transformed.” That’s a good attitude to have when your city’s transformation is going to be “in progress” for the next squillion years. Right now Cuiabá is “a construction site of partially completed overpasses, underpasses, road expansion projects, bridges and light-rail lines.” It’s ready to receive World Cup visitors the same way Stephen Harper is ready to receive constructive feedback.

Has there been much corruption?

Define “much.” If you mean scattered incidents of price gouging to line the pockets of a few local firms and politicians, then yes. But if you mean a grandly orchestrated, systemic pilfering of hundreds of millions of dollars, then yes. Brazilian soccer legend Pelé describes it as a “disgrace.” (By the way, it is mandatory that Pelé be quoted in every World Cup article, no matter the topic: RAIN COMING WEDNESDAY ACCORDING TO ‘FEELING IN KNEE,’ LEGEND DECLARES.)

What is the mood? Are people excited?

Enthusiasm has so far been muted. Brazilians haven’t even started painting their streets green and yellow—a tradition to support the national team. And those who oppose the event have a different plan. “We want people to paint the street critically,” said a member of the Occupy the Cup movement. OK, but . . . what does that mean exactly? Like, paint it with critical slogans? Or just with colours that clash? Be more specific with your directions for civil disobedience.

If I go to the World Cup, how murdered will I get?

British papers have been playing up the threat of violent crime, depicting the cities of Brazil as crime-infested hellscapes through which there is scant hope of safe passage. The way they tell it, Rio is like Gotham before Batman or Times Square before Applebee’s.

So concern is overblown?

Oh God, no. But listen: the people of Brazil are well aware of your fears. To their credit, they’ve taken substantive action to address the issue by, um, well . . . they published a brochure.

What—a guide on how to react when you’re mugged at gunpoint, haha?

Yep. Brazilians have a lot of interesting traditions. They speak directly. They touch one another lightly while talking. And their criminals like to kill people who make a fuss over getting robbed. They even have a word for a mugging that escalates into a murder: latrocinios. You know people are serious about something when they have a word or phrase for it. Just ask the people at McDonald’s about Kirstie Alley and second breakfast.

The muggings sound horrible. But at least there won’t be drug wars, right?

I forgot to mention the drug wars. Brazil’s biggest cartel has promised a “World Cup of terror”—which I take to mean “a lot of terror” and not “terror where the terrorists routinely fall to the ground and roll around in feigned agony, and are taken off on stretchers but are back out terrorizing, like, 45 seconds later.”

Anything else to worry about?

The recent outbreak of dengue fever will probably dissipate soon.

Maybe. On the other hand, a little dengue could be just the thing to neutralize the child gangs of the jungle city of Manaus who “roam the streets robbing visitors at knifepoint.”

Um, they show the games on TV, right?

Maybe! Did I mention the possible strike by electricians?