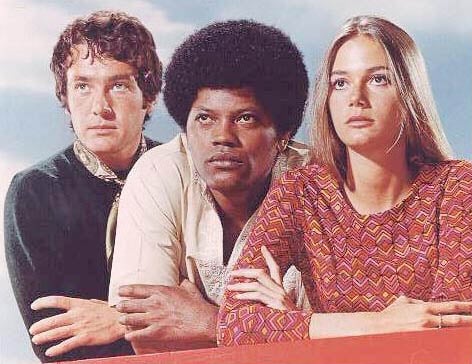 I enjoyed the pilot of “The Chicago Code,” which reminded me a bit of the new Hawaii 5-0, but with more edge (which would not be hard to achieve) plus a bit of a Stephen J. Cannell vibe in some of the situations and dialogue. During a commercial, while idly wondering how the show was going to do in the ratings, I thought that this seems like the type of show that will “skew old.” And sure enough, it did: the pilot attracted 9 and a half million viewers, not great but not bad, but its Coveted Demographic rating was 2.4, not a great start for a pilot that follows the very high Coveted Demographic rating of House. Compare that to How I Met Your Mother, which didn’t get that many more viewers but got a much higher 18-49 rating, as it always does; more of its viewers are in that magical age range.

This is not a prediction about how the show will do in the future, how long it will last, and so on. (The Fox scheduling executive who tweets as “Masked Scheduler,” and has won fan affection by clearly loving many of his network’s shows and pulling for them to succeed, wrote only that they will need to have “patience” with the show.) It’s just that it’s become surprisingly easy to predict that a cop show will have trouble getting the big numbers in the 18-49 range. Hawaii 5-0 is the highest-rated new cop show of the year and yet it rarely manages to get to a 3.0 in 18-49; Castle keeps going and deserves to, but has always been a show with an older audience despite its attractive Canadian leads. Lawyer shows have an even bigger struggle; Harry’s Law gets pretty good viewership numbers (by NBC standards) yet is down to an 18-49 rating that’s identical to Chuck, and the Good Wife problem — lots of viewers, few young viewers — has been dealt with before. One of the few cop shows that gets consistently high 18-49 ratings now is NCIS, and that’s a famously old-skewing show that merely happens to be so popular that it’s guaranteed a high rating in every demographic.

Medical shows, oddly, seem immune from this problem, or maybe this is an inaccurate perception based on the fact that there are at least two medical shows that are really popular with young viewers: House (still) and Grey’s Anatomy (still!). I’m not going to jump from that to any generalizations about medical shows skewing younger than cop shows; I don’t know if they really do. But it’s not surprising that CBS is desperate to find a successful doctor show.

Cop and law shows have always had the problem — if you consider it a problem; I don’t, but advertisers do, and that’s what counts — of attracting an older audience. That’s why we’ve gotten decades of cop and law shows trying to find ways to “young up” the audience, whether it’s adding a sexy young cop (male or female) to the team, or using the Mod Squad/21 Jump Street method of doing a show about cute young cops. You’ve got to assume that the networks are even now considering adding more young people to the on-the-bubble procedurals; I don’t know if it actually helps, but it’s the method that’s been used as long as I can remember. That’s one of the reasons ABC, which has been so successful with young and pretty doctors, seems to be on the lookout for young and pretty cops (with Rookie Blue as one of their most successful recent attempts). This is also why networks rarely do crime shows starring older actors — no Matlocks or Barnaby Joneses around here. They’re trying, as much as possible, to cast against the natural tendency of the crime show to skew old.

In any case, when I was talking about the effectiveness of “doctor, lawyer, cop” as templates for a TV series, this is the downside of that: at least two of those things have shown some problems in attracting the viewers who make money for the network. The shows that are most efficient at attracting 18-49 viewers at the moment tend to be your Modern Familys, your Glees, your Two and Half or possibly One and a Half Mens, your Houses.

That doesn’t mean crime shows won’t make a comeback on the networks; they did before. (Let’s remember that in the early ’00s, CSI used to routinely get more total viewers than NCIS now gets on its best week. You can bet enough of those 25-30 million viewers were 18-49 to make the advertisers happy.) The ones that are on now tend to de-emphasize action to a certain extent — even Chicago Code, which is aware of the problem and made sure to throw in a car chase in during the cold opening — and their stories aren’t always as immediately relatable as the guest characters’ problems on House or the romance arcs on Grey’s Anatomy. Maybe networks will finally succeed in bringing back the action-adventure show, and that’ll revitalize the genre. Or maybe something else will revitalize it. I just wanted to call attention to the strange problem: crime shows are incredibly reliable and the backbone of the television drama, but they do have a rather predictable tendency to bring in the viewers networks don’t really want.