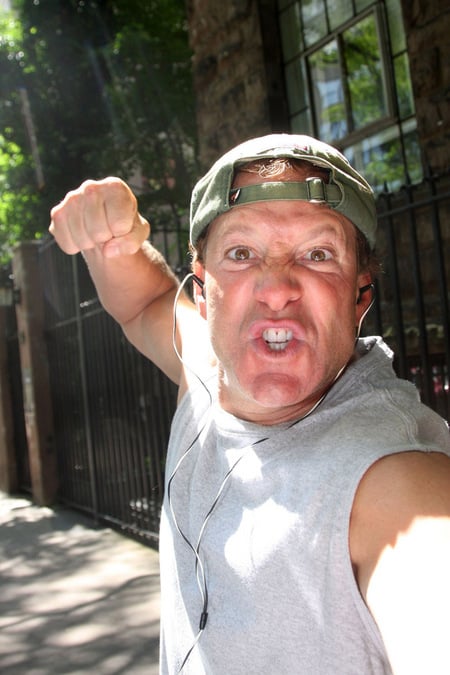 Well, some paparazzo recognized Steve Guttenberg and tried to snap his photo – you know, just in case the world abruptly starts revolving the other way and then – boom! – it’s 1987 again and these sweet Guttenberg pics are in demand, baby! Ca-ching!!

Point is: Steve Guttenberg did not react well. In fact, he freaked. Screaming ensued. Middle fingers were extended. Punches would have been thrown, leading to the arrival of law enforcement officials, possibly by helicopter – but sadly the black guy from Police Academy wasn’t there to make the appropriate series of sound effects.

The challenge: write a caption for this photograph. The reward: to the victor go the spoils, the spoils in this case being two (2) DVDs from my own personal DVD collection that I have never even watched because I bought the DVDs thinking I wanted to watch them but when I got home it turns out, no, I actually didn’t.

I don’t think the DVDs star Steve Guttenberg, but then again how would I know?