The Most Important Issue Of Our Time: Drew Carey's Hair

Today was the first time in a while that I’d looked at The Price Is Right, and all I could focus on was Drew Carey’s hair. (Hair is, of course, an important TPIR element; I say this as one who lived through the controversial Bob Barker black-to-grey switch.) His signature look is the short Dilbertian haircut, but now he seems to have let his hair go all shaggy. I can’t find a recent TPIR picture, but here’s what he looks like now, minus the stubble: 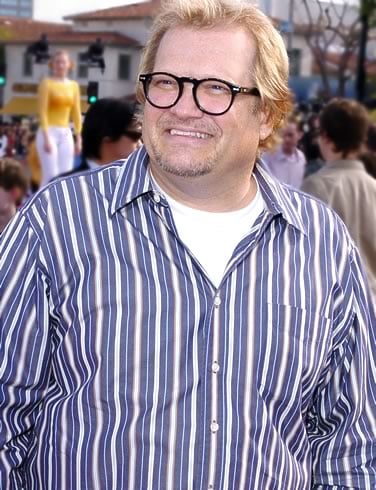 It’s weird. Not that it’s a weird hairstyle (Alex Trebek’s hairstyles: some of those were weird, especially when he was working in Canada on shows like Pitfall). But Carey is not associated with messy hair, and more importantly, TPIR isn’t either; Barker started hosting the show in the ’70s, yet he didn’t adopt the insane hairstyles of the period. Carey has always had trouble projecting the fatherly, authority-figure image that a traditional game-show host needs to have — which means that when he makes fun of the contestants, it comes off as kind of mean; Barker was able to subtly mock idiot contestants without making us hate him — and I don’t see how he hopes to improve matters by, apparently, growing a mullet.

Also on the episode I watched, the “bad” showcase (the one with no theme) turned out to be worth more than the “good” showcase (with the cool presentation theme). That just doesn’t seem right.