By By Heather Lang and Jennifer Penikett, Sustainalytics June 5, 2014 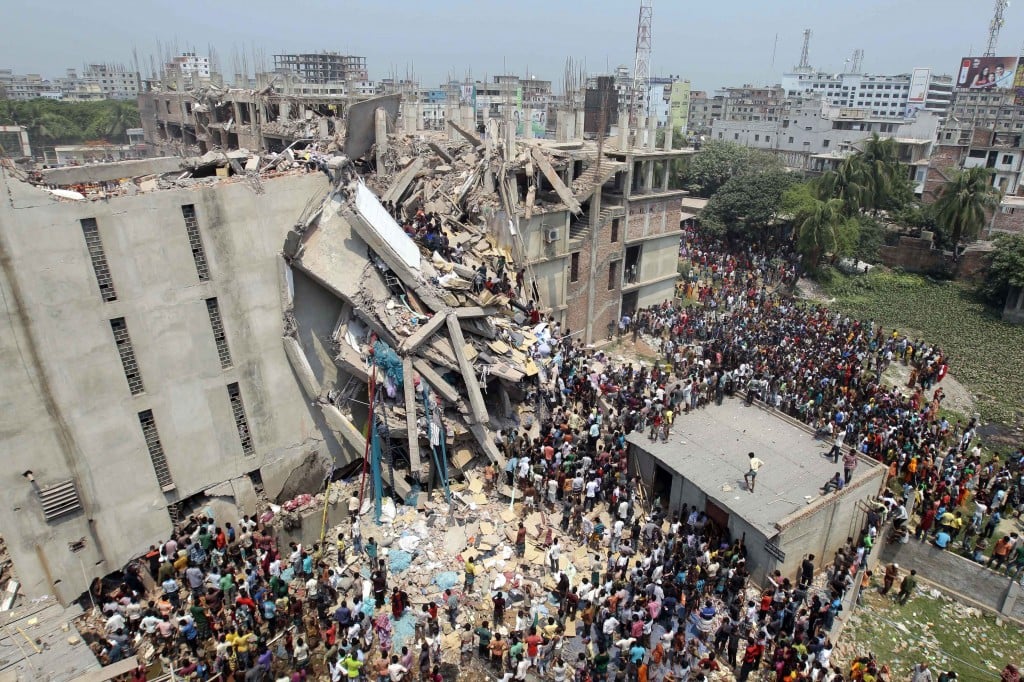 Just over a year ago, the Rana Plaza factory collapse in Bangladesh posed a wake-up call to retailers and manufacturers to strengthen accountability for what happens in their supply chains. For consumer-facing industries like apparel and tech hardware, lengthy supply chains, including countless sub-contractors, pose challenges to effective company oversight. While no company supplied by the Rana Plaza explicitly controlled its working environment, they collectively shared responsibility for the safety conditions within their factories by virtue of their considerable influence over suppliers.

In the past year, a handful of retailers and manufacturers have emerged as leaders by meaningfully addressing their supply-chain risks; however, the root causes of supply-chain violations are not being sufficiently addressed. Company pressures to keep costs low and production volumes high come at the expense of supply-chain workers’ well-being. To attract repeat buyers, suppliers are driven to prove their worth by meeting unrealistically tight deadlines through overtime hours and the use of unauthorized subcontractors. Low wages and substandard working conditions, supported by a lax regulatory environment, keep production costs low.

In this context Bangladesh positioned itself as a garment-manufacturing hub, employing close to four million workers and accounting for about 80 per cent of the country’s exports. Yet, according to Bangladeshi authorities, 25 per cent of the 232 factories inspected in 2012 were deemed unsafe. Moreover, before the Rana Plaza disaster, only two companies had signed onto the Accord for Fire and Building Safety in Bangladesh, which now has over 150 signatories, including Loblaw, Inditex and Adidas. The accord, mandating safety inspections and related disclosure, has been touted as the catalyst to putting the safety and structural integrity of Bangladeshi factories on the supply-chain map.

But what about neighbouring garment hubs like Vietnam and Cambodia with comparatively low wages and a high rate of health and safety incidents? Will it take another crisis like the Rana Plaza disaster to uncover widespread supply-chain risks there and prompt related company action?

Shifting to the tech hardware supply chain in China the picture isn’t much different. Whenever Apple releases a new version of its iPhone, peak sales and a backlog of orders take their toll on supply-chain workers. At the company’s largest supplier, Foxconn, at least two dozen worker suicide attempts have occurred since 2010 in response to unreasonable production demands, alongside ongoing labour unrest. In a move to improve transparency and oversight of its supply chain, and to end the labour unrest at the Foxconn facilities, Apple engaged with the Fair Labor Association (FLA) to inspect and monitor three Foxconn facilities. The FLA works to solve abusive labour practices by providing tools, resources and training to factory workers and management, conducting independent assessments of factories, and pushing companies to take greater accountability for their supply chains.

Recognizing that shared problems necessitate shared responsibility, many companies are leveraging collaborative approaches to address the challenges within their supply chains. One of the most extensive supply chain collaborations is the Electronic Industry Citizenship Coalition (EICC), a group made up of global electronics companies that are sharing tools and approaches to improve the environmental and social impact of the electronics supply chain. Many companies on this year’s top 50 list are members of the EICC, including Best Buy, Cisco, IBM, Intel, Oracle, Philips, and Sony. IBM applies the EICC code of conduct across its entire supplier base, setting minimum social responsibility standards as a condition for doing business with the company.

Within the auto industry, social supply-chain challenges are gaining attention as well. Through the Automotive Industry Action Group, companies such as Ford are able to identify industry-specific supply-chain challenges and explore underlying root causes. Similarly, the Sustainable Apparel Coalition, whose members include Adidas, H&M, Inditex, and Nike, are developing tools to reduce the environmental and social impacts of footwear and apparel products, while also bettering the lives of the people and communities that are involved in production of such products.

With the proliferation of social media, disasters such as the Rana Plaza factory collapse and Foxconn suicides are widely known and the companies linked to such tragedies quickly become publicly “named and shamed.” Reputations that take years to build can be eroded in a matter of minutes. At the operational level, companies’ abilities to meet production demands are jeopardized, while losses are incurred through factory closures, strikes and productivity declines. Consumer facing companies simply cannot afford to overlook supply chain risks or address systemic root causes alone. Shared challenges warrant shared solutions.

Heather Lang is the director of institutional relations for Sustainalytics in Canada and Jennifer Penikett is an associate analyst responsible for analyzing companies in the consumer staples sector.