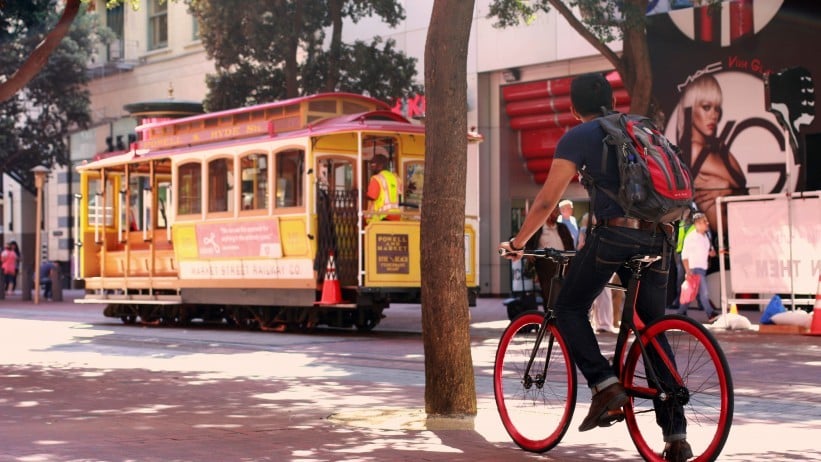 Ali Zahid, 20, and his three co-founders set a record earlier this week for the biggest Canadian haul on the crowdfunding website Kickstarter: $820,000 pledged for their Vanhawks Valour smart bike.

It might not have gone as splendidly without their network, including mentors from FounderFuel, the Montreal startup accelerator that funded development last winter with $50,000. They warned Vanhawks to build a media campaign to generate buzz before asking for money on the site.

“We thought you just put it up there, some magic happens and you get money, but it’s a lot more than that,” he says. “We learned that you drive the traffic to Kickstarter; Kickstarter doesn’t drive the traffic to you.” He says the website became “his religion” for three months before the big launch, which hit its $100,000 goal in 30 hours.

In some ways, the Valour sells itself. The design is futuristic but not geeky and it has features that address some of the biggest problems for commuters who ride. The light carbon-fibre frame is less expensive to produce, thanks to a new manufacturing process, allowing them to price it lower than competitors, starting at $1,049. It promises more safety, too: handlebars vibrate when a car is in a blind spot. It’s connected to the Internet, which allows stolen bikes to communicate with other Valours, alerting owners to their last known whereabouts. There’s hands-free navigation; instead of fumbling with a phone’s GPS, lights show which direction to turn. There are even sensors detecting bumps in the road that collect data so that better directions can be developed. “As more bikes get connected,” he says, “the bikes get smarter.”

It’s not just the bikes that are getting smarter because they’re so connected.

It was actually Zahid’s brother, Sohaib, CEO of Vanhawks, who connected him last summer to Adil Aftab, who had developed the new carbon-fibre technology while working for a family-owned hockey-stick manufacturer in Europe. Zahid, who was a Queen’s University biomedical computing student until he dropped out after year three to pursue Vanhawks, got to know Niv Yahel, the company’s chief technology officer, when they worked together at the Alma Mater Society student government.

“I [valued] Queen’s because of the people I met and the network I plugged into and the brains that I picked,” he says. Those brains included not just students and professors but alumni. “Every time I found someone at Facebook or Google who went to Queen’s, I’d just email with ‘Greetings from Queen’s,’ ” he says. “They would email back right away. ‘Are you coming to San Francisco? I’d love to take you to lunch and chat.’ ”

Zahid has been to Silicon Valley three times trying to make connections that he hopes will eventually help the company get even more funding. On his first trip, he checked out the offices of Apple, Google, Facebook, Twitter, Square and Pebble. “The reality is that all the big things are happening there,” he says, “If you want to create the next big company in the world, like a Facebook or Google, you need to be connected there.”

For now, he’s focused on filling orders. Thanks to Aftab’s connections in China and Pakistan, manufacturing should start in a couple weeks.