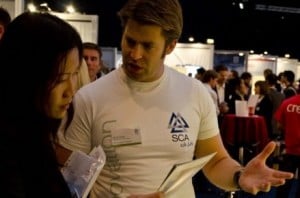 The end of the school year may seem far off, but it’s only about five months away. And as surprising as it may seem in January, most employers who hire students for the summer are already recruiting. That means you better get your job strategy ready. Here’s advice to search smarter.

1. Crack the hidden job market
Most jobs aren’t advertised. They’re given to the boss’s son, the boss’s wife’s niece or the guy who was smart enough to offer his resume just when the employer was considering expansion. Start your search by asking friends and family if they know anyone who might hire a student.

2. Summer jobs matter more than you think
You may be tempted to return to that retail gig you held in high school. Resist the urge. The type of job you get this summer will influence the type of job you’ll get next summer and far into the future. It’s crucial to your future success that you apply to jobs that will get you closer to careers you’re considering. Summer jobs are a good way to figure out if an industry is right for you and a good way to prove to employers after graduation that you’re interested and ready to work for their field.

3. Head West! (Or North. Or East.)
If you live in a university town, you’re going to have intense competition for the best summer jobs. I learned that the hard way—by spending a summer in a sandwich artist uniform. The next summer I was smart enough to apply nationwide. I ended up in Jasper, Alta., where I worked in the tourism industry and spent my weekends hiking through mountains and road-tripping to B.C.

4. Clean up after yourself online
It’s unbelievable how many young people have their Facebook settings open so that potential employers who Google them can see embarrassing or distasteful material. The same goes for Twitter. Go back and clean up what you can. A good place to find all the dirt on yourself is Pipl.com. Un-tag yourself from unflattering photos and think twice before tweeting.

5. Consider starting a business instead
When I was 17, the government gave me $3,000 to start an ice cream shop, which I named The Scoop. To get the cash, all I had to do was come up with a reasonable business plan, apply to Summer Company and then execute it (with professional help). The Scoop was hard work, but it taught me the joy of entrepreneurship.  I’m not a businessman now, but it still boosts my resume.

6. Fewer applications are better
People are surprised when I tell them that I put an average of ten hours into each job application. But the cover letter is the only chance we get stand out from the pile. It’s worth writing cover letters over and over again until you get them right. Writing a few good cover letters for jobs that you really want is a better strategy than blanketing the world with generic applications.

7. Don’t forget the keywords
The first thing some human resources managers do with a stack of applications is sort though them to eliminate those that don’t reference keywords from the job ad. Some companies get so many applications that the keyword sorting function is performed by computer software. Even the best cover letter won’t save you from the computer’s  “no” pile without the keywords!

8. Consider an online portfolio
A personal website shows employers that you have initiative and are tech-savvy. This could be as simple as a free WordPress blog that has your resume and photo on it, or it could be a longer list of the work you’ve done so far. It also provides a place for recruiters to find you online.

9. Address your applications to the right person
One woman who hired me said that she’d toss any applications that said “to whom this may concern.” Her logic was that if they couldn’t bother to find out her name, they were probably lazy. That same employer told me that she received multiple cover letters addressed to “Mr.” rather than “Ms.” Never assume you know whether someone identifies as a man or a woman.

10. Avoid the same old websites
Don’t just look at your school’s career site and the government Job Bank. There are so many more websites with job listings. Here is a list of 10 sites that had jobs for students last April. Another good option for students is Talent Egg. An even better idea is to identify companies you want to work for and create a Twitter list of their HR accounts. Jobs often come up here first.