Accounting designations get together

What the single-stream CPA designation means for students 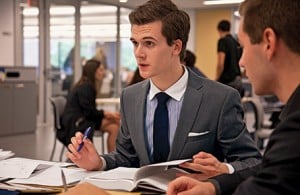 For students considering a career in accounting, 2013 might seem like the most confusing time in the history of the profession. For more than a century, Canada has had three different accounting designations, each with its own unique path from school to work and each competing for its share of influence among students and industry. But this year, a little more than 100 years after the split, it has reunited, changing both the nature of accounting and the path students follow to get there.

In the past, three designations—chartered accountant, certified management accountant and certified general accountant—occupied their own comfortable niches within the profession. CAs were dedicated number crunchers who typically worked in public practice, performing corporate and government audits, and CAs generally aspired to jobs at major accounting firms like Deloitte and KPMG. CMAs were the corporate leaders: Their studies were akin to an M.B.A., focusing more on business management. More recently, the country has seen the explosive growth of CGAs, whose part-time, distance-education-style certification program was aimed at working professionals who wanted to advance their career by adding an accounting designation to their resumé. As the only accounting designation that didn’t require trainees to have a university degree when they started the program (though it requires one by the end), it also became the preferred route for new immigrants, college graduates and those who hadn’t gone to business school.

Over the years the designations began to blur. An increasing number of CAs have made their way into corporate offices, traditionally the domain of CMAs. Last year CGAs in all provinces finally won the right to do audits, traditionally reserved for CAs. Where once employers may have demanded specific designations for senior accounting jobs, now more will accept any kind of professional accounting designation.

Last year, a review by the Quebec government sought to merge all three professions under common regulations, prompting accounting bodies in other provinces to think about setting aside their historic differences.

Earlier this year the three were merged into a single entity to be known as a chartered professional accountant. With that will come a new certification program, which officials say will take the best of all three programs to create a more well-rounded professional.

The new program, which starts this year in Western Canada (it’s being offered directly through the new Chartered Professional Accountants of Canada and will eventually include partnerships with some universities) and next year in most of Eastern Canada, will require all students to get a grounding in both accounting and finance principles and business leadership. The courses will vary slightly based on whether students are destined for auditing or management. It will still require roughly two years of work experience before students can earn the designation, but that will be opened up to a wider variety of on-the-job training than formerly allowed.

The idea is each CPA will be “more than a bean counter,” says Tashia Batstone, vice-president of education services for the Chartered Professional Accountants of Canada. “We want to make sure that people coming out of this program have broad management skills in order to be able to apply the technical knowledge they’ve learned.”

The changes have caused a flurry of calls to accounting professor Steven Salterio’s office at Queen’s University from students and their parents worried about what it will mean for their education and their career. Not much, says Salterio, who heads the CPA Queen’s Centre For Governance. “There might be an extra course here or there, but for a student in university right now, there’s not going to be much of a difference,” he says. “It doesn’t change their job prospects. Accountants are one of the most in-demand groups in the Canadian economy.”

The biggest change will come for mid-career professionals and immigrants who don’t have degrees in business or finance from a Canadian university and will lose the option of a CGA. But the new CPA will offer a separate qualifying program for those students with university degrees in unrelated subjects. Both programs will be available online as distance-learning courses, which opens the door to working professionals outside of major centres.

The changes are more complicated in Ontario and Manitoba, where CGAs have refused to join the new organization. Doug Brooks, head of CGA Ontario, says talks broke down because the new CPA organization couldn’t provide written guarantees that all members would be treated equally.

Another issue, he says, is that CGAs couldn’t be sure they would have equal access to any new agreements over credential recognition in other countries. “We’ve said all along we always believed that unifying the profession could make sense under the right circumstances,” says Brooks. “Those circumstances are enforceable commitments around members’ rights and privileges.”

Whether students in Ontario and Manitoba should choose a CPA or a CGA will likely come down to personal preference. The CPA is designed as a two-year, part-time course taken at the same time that students gain required work experience. CGA students typically take five or six years to complete their studies, which reflects the fact that the designation has been aimed at two-year community college graduates who are going back to university and people looking to switch careers.

Despite the short-term turmoil, Salterio says the changes will strengthen Canada’s accounting programs in the long run by making them more uniform. He suspects CGAs in Ontario and Manitoba may eventually iron out their differences and join the CPA—perhaps prompted by provincial governments who want to even the playing field. “I just hope all this gets straightened out and we have a complete unification across the country, because this has been a long time coming. A hundred years is kind of ridiculous.”