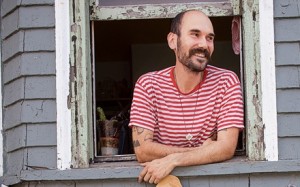 Jess Ross graduated from Dalhousie University in 2009, straight into one of the worst economies in a generation. Her degree in anthropology hardly made her a standout in a Halifax job market with an unemployment rate nearing 15 per cent.

“My only options were to go back to the job I didn’t want to go back to, work for a catering company, get a master’s degree, or just do something on my own. Which I guess was the moment I tapped into my entrepreneurial spirit,” she says.

She and some friends set up a farm stand on Agricola Street in Halifax’s North End neighbourhood and started selling her homemade, German-style bread. They conduct their business under the table, without concern for the legalities of zoning or taxation.

In doing so, they’re part of a new breed of young and underemployed entrepreneurs in Halifax’s North End. For the past five years, the neighbourhood has become a hotbed of small start-ups operating mostly out of people’s homes or on street corners. Often thought to be a dangerous part of town, the area has long attracted students and artists with its cheap rents. Now, new money in the form of condos and charcuteries is trickling in.

And, for those who know where to look, there are also basement speakeasies, a moveable café (run out of a rotating roster of living rooms), a catering company and a vintage clothing store. All in all there are over a dozen such businesses that make up what has become a thriving backyard economy.

It’s a whimsical solution to a persistent demographic problem: Halifax has long had a hard time holding on to young, educated workers. A 2009 survey by the Maritime Provinces Higher Education Commission found that only 61 per cent of graduates were still living in the region two years after completing their degrees. It also found that only 59 per cent of graduates from the humanities, arts and social sciences had permanent jobs.

Ross and her fellow undergrounders are bucking the brain-drain trend. “That’s come out of the necessity of having to create work for yourself here,” Ross explains. Of course, most are not exactly getting rich doing it, with profits in the thousands of dollars. The North End Brewers, for instance, runs on a model where clients pay upfront for three months’ worth of home brew delivered to their door by bike.

David Figueroa moved to Halifax three years ago from Toronto. He arrived with nothing but his degree in fine arts and an interest in fashion. “People tainted my view of Halifax,” he says. “They were like, ‘Good luck getting a job.’ It has that reputation.” The first job he got was as a dishwasher. But, on the side, he and some friends started hosting vintage clothing sales on Agricola Street. Twice a month they would bring out a stockpile of men’s and women’s shirts and shorts, dresses and accessories, and call themselves Vagabond Vintage. “It just slowly grew,” he explains. “Initially I didn’t have a car, so I used a shopping cart to wheel my stuff around, or I’d get a cab.”

Figueroa quit his dishwashing job two years ago and has been working on Vagabond Vintage ever since. He has a semi-permanent store in an empty room of his house, which is not zoned as a commercial space, and he has not registered his business. The North End is a “safe haven” he says, where authorities seem to turn a blind eye to under-the-table businesses. They survive on word of mouth, with proprietors connecting through Facebook and email.

Dawn Sloane is the councillor representing District 12, which includes Agricola Street. She is aware of the underground economy and is concerned about tax evasion, and food and health safety, but there have been no complaints. “Our municipality is run on a reactive, not a proactive, business style,” she says. “So it makes it very difficult for us to enforce certain laws. If people aren’t complaining, then there’s not much you can do.”

In the meantime, Ross has taken her bread business to the next (legitimate) level. She hired an accountant and now files taxes as a self-employed person. She also has approval from the health inspector for her stand. But she has also started two new businesses with friends: canning and catering. And she’s planning to keep those underground.