Boomers, you had it easy

Stop being so cynical about young people 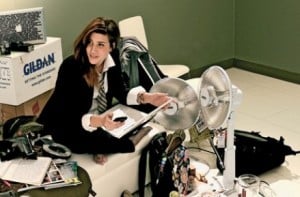 The Toronto Star ran a story recently about a 24-year-old “super intern” named Maeghan Smulders, who graduated from Mount Royal University with 29 job offers—all of which she rejected. Smulders figured if she was going to begin her career, she was going to do some research first. So ProjectONE12 was born, a postgraduate’s 112-day exploration into the world of unpaid internships. Smulders took stints in Toronto, Montreal and even San Jose, interning with 10 companies, all in the hopes of finding and landing her dream business job.

She did. At the end of her seven-month journey (which she documented online) she took a job at Beyond the Rack, a Canadian online retail start-up. “Being in all the different places,” she said, reminiscing about the project, “you get a taste for culture and you get a taste for not just the work you’re doing, but the people there. I really wanted to find an environment I could really grow in.” Don’t we all.

Maeghan Smulders is not spoiled. She worked incredibly hard and obviously incredibly well to rack up those 29 job offers, and an additional 18 during ProjectONE12. But a hard job well done doesn’t make you a “super intern.” Money does: a reality that both our increasingly ageist media and government don’t like to acknowledge. Because while it’s true that the economy has severely limited our postgrad opportunities and unpaid internships are replacing the entry-level job, it’s also true that it costs a lot of money to work for free. Log onto Smulders’ website and you’ll see a heading called “sponsors,” under which is listed (among a few other groups) “my Toronto family.”

Funny. We have the same sponsor. Mine was kind enough to fund my three-month internship (for which I was extremely lucky to have been paid at all) and all 22 years of my life preceding. I would not be writing this column right now were it not for my sponsors. Thank you, Jay and Karen. Sorry about the trip to Curacao.

Unfortunately not everyone has such generous sponsors, parents or otherwise (or a sponsor who can afford to be that generous). In fact, most people don’t. Yet our elders in the Conservative party (ahem: “There is no bad job”) and the media (isn’t it awesome when Globe and Mail columnist Margaret Wente writes a column railing against Gen Y kids for not finding jobs followed by a column about how she’ll never retire?) point to ambitious grads like Smulders, or the Toronto girls who pitched a tent at a busy intersection to attract potential employers—in order to illustrate their allegedly simple and logical point: times are tough and us kids need to get off our butts and just work a little harder. In a recent column, the National Post’s resident killjoy, Barbara Kay, went to town on my generation after a twentysomething waiter knocked over a glass of water in her lap and didn’t apologize (which Kay immediately interpreted as, “Because being Gen Y means never having to say you’re sorry”).

She was equally shocked and appalled that according to an October 2011 National Report Card on Youth Financial Literacy (which I have now seen cited in at least three Gen-Y bemoaning editorials) 70 per cent of high school students “erroneously assumed they’d own their own home in 10 years,” and “the average respondent overestimated his future earnings by 300 per cent.” Wow. Breaking news! Teenagers have dreams. Apparently it has become a crime to think beyond your means.

The anti-youth, “kids these days” attitude of many older people today, in reference to the ongoing student protests in Quebec and the Occupy movement, is cynical beyond belief—especially coming from a generation that in their youth could afford to be protesting about “big” things like the military-industrial complex, and not “little” things like tuition hikes and unemployment. When Margaret Wente was 23 years old, a chocolate bar cost 10 cents and a box of Corn Flakes cost 25. Tuition at the University of Toronto was well under $1,000. My father, who is roughly the same age as Wente, says he could make enough money at his summer job (he was a camp unit head) to pay for his tuition at U of T in the fall. And his books.

Which isn’t to say we deserve what they had, but it’s odd for the Canadian baby boomer generation to be so curmudgeonly about “kids today” when prospects in their younger years were so much better than ours. To hear them kvetch it’s as though they were slaving away in factories on a few cents a day, instead of dropping out to bask in free love and patchouli oil, all the while marking time until they could drop back in and get a job working at Uncle Bernie’s sportswear company.

So if you’re a baby boomer, whether you think youth unemployment is an easily solvable problem—if we’d just get off our butts and stop banging pots and pans together—or you think it’s the unfortunate, unavoidable given of our time, please don’t be so surly about it. Can our cohort seem entitled? Sure. After all, our parents raised us to think that the sky was the limit. Will that sense of entitlement get us a job? Not likely. If we’re spoiled, we’re also screwed. This isn’t a statement of self-pity, but a sober description of the economic reality of what it is to be young today. Do I think it’s hopeless? No way—screwed is not doomed. But we live every day with a kind of dissonance and insecurity that your generation never had to deal with. It might be nice if you kept that in mind.