But deans have a plan. Cornish hen, anyone? 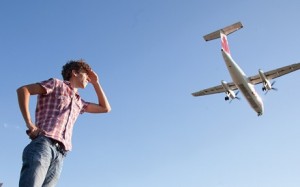 Photograph by Vincenzo D’Alto for Maclean's

“Canada has gone from brain drain to brain gain,” Stephen Harper told a crowd at McMaster University on Aug. 3. He was speaking at a ceremony to announce the 167 recipients of the 2011 Vanier Scholarships, awards that were launched in 2007 to provide whiz-kid graduate students from around the world with $150,000 in funding over three years. The Prime Minister made the goal of the big cheques clear. Research leads to innovations, which creates Canadian jobs, he said.

But wait a minute. Has the brain drain that sucked south 488 members of the graduating engineering class of 1995 before the ink dried on their degrees really been plugged? Look more closely at the 167 Vanier Scholarships awarded this year. Only eight will fund engineering research. Only five of those went to Canadian citizens or residents.

Now talk of “brain gain” is drowning out the whispers between engineering deans: how can they convince more Canadians to do advanced engineering research? And how can we keep them from going south when they do?

“We have always been getting a good number of students applying from outside Canada, but it’s difficult to get on the radar screen of our own students,” says Adel Sedra, the outgoing dean of engineering at the University of Waterloo. International students are welcome and encouraged, but the school pays their tuition, making them expensive to take on. More important than the relative cost, says the dean, is that the school is failing in its mission to train Canadians who want to stay here and contribute to the economy. “I haven’t done as well as I would have liked,” he says. Indeed, a report conducted for Engineers Canada shows that by 2012, in most provinces and in most specialties, there will be a shortage of engineers with five years or more experience.

But Sedra has a plan. For the first time ever, this fall Waterloo is inviting 50 high-performing bachelor’s students from across Canada on a three-day visit to the university. Those who accept will be flown to Kitchener-Waterloo, where they’ll tour Google’s Canadian offices, peer inside the Perimeter Institute, where Stephen Hawking is distinguished research chair, and spend an afternoon in the village of St. Jacob’s. They’ll dine at restaurants in Waterloo’s revitalized downtown and then settle into a hotel room, all paid for by the university. The trips are one part of a revamped recruitment effort that includes a new communications officer, advertisements online and in newspapers across the country, plus a social media strategy.

Waterloo has reason to believe its efforts could pay off. The University of Toronto’s graduate engineering programs pioneered recruitment weekend trips in Canada and are getting decent results.

Malgosia Pakulska, who was presented with one of the five Vanier Scholarships that went to Canadian engineers in August, had an all-expenses-paid trip to the University of Toronto in February, which helped her settle on chemical engineering at U of T. It bought her train tickets from and to Ottawa, put her up in a hotel for three nights, fed her Cornish hen and a chocolate torte under the imposing candelabras of the campus’s Hart House and gave her $100 cash to see the city—all while being doted on by current students and potential research supervisors.

Toronto’s graduate weekends came about for essentially the same reasons Sedra is planning one at Waterloo. “The best students also get offers from the U.S.,” says Markus Bussman, the associate chair of graduate studies in the department of mechanical and industrial engineering, whose department has twice now provided its own graduate recruitment trips for potential students. “We realized it’s not good enough just to be the University of Toronto.”

Like Waterloo, they have plenty of international applicants, but have trouble enticing Canadians. “Before the graduate weekend I could count on two hands the number of Canadian students who had signed on to do a research master’s in a given year,” says Bussman. That was out of the 50 to 70 offers of admission chosen from a pool of roughly 500 or so mostly international applicants. This fall he’ll need two hands just to count the number of Canadian recruits who attended the graduate weekend and then enrolled at U of T—10 so far this year.

But the flow south can’t be staunched by recruitment tactics alone. Prestige and connections matter, says Sebastien Gauthier-Perron, a second-year student in aerospace engineering at the Massachusetts Institute of Technology (MIT) near Boston. The 27-year-old Chicoutimi, Que., native had always dreamed of walking the same campus where famous astronauts had peered up in awe at the sky after night classes, and where entrepreneurs met venture capitalists to start companies. And he’s not the only Canadian who feels that way. There are 212 Canadians doing graduate work at MIT. Canadians make up nearly as big a share of the MIT graduate engineering class as students from India or China and about four times the number who originated in Japan or the U.K.

Gauthier-Perron also chose an American school because he anticipates better jobs after he graduates, suggesting Canadian industry needs to step up with better salaries. “In the long term I see myself coming back to Canada,” says Gauthier-Perron, because his family is mostly in Quebec. “But in the short term, if I get good opportunities in the States I will stay.” The reason: “The salaries are much more attractive in the States.”

Indeed, aerospace engineers make much less in Canada. In Ontario, they were paid an average of $79,497 last year. Those working in Massachusetts averaged $107,280.

Sedra, the Waterloo dean, is certain that once prospective engineering grads visit, he can convince them that Canadian schools are world class—and better than before.

“In professor salaries, we’re competitive,” says Sedra. “We didn’t used to be.” Expensive professors are an indicator of a better school, he argues, and it’s true that relative professor salaries are much better than they were at the height of the brain drain. In 1999, Tom Harris, then dean of engineering at Queen’s University, lamented that American universities paid engineering profs between US$140,000 and $180,000, while salaries for “outstanding professors in Canada” were US$60,000 to $80,000. Last year, there were more than 100 professors in Ontario alone who took home more than $150,000.

More than the pay has improved. The recession-era Knowledge Infrastructure Program, a $2-billion spending spree, prioritized projects at universities that “improved the quality of research and development.” That meant that between 2009 and 2011, engineering buildings across Canada got the wrecking ball, while cranes and cement trucks worked overtime to build new labs and classrooms as the stimulus funding flowed.

Gauthier-Perron hasn’t witnessed that type of renaissance south of the border. When he arrived at MIT one year ago, he was expecting bright new labs and lecture halls like he was used to at Polytechnique Montréal, his undergraduate alma mater. “I was surprised when I got to MIT because the classrooms were kind of old,” he says.

Perhaps he would have attended MIT regardless. But schools like Toronto and Waterloo think that if he had spent a weekend at their schools, he would have been impressed.

And if he had enrolled in Canada, instead of the U.S., he may have, late one night in the design lab, realized how to make a plane part more efficiently and then met a venture capitalist for coffee at a Second Cup to plan the next Bombardier supplier. In other words, he may have done what Stephen Harper spoke of when he handed out the Vanier Scholarships at McMaster in August. He may have used his Canadian brain for Canadian innovation.

This story originally appeared in the Maclean’s Professional Schools issue, on newsstands now.