Considering graduate school in the arts or social sciences?

Here are some job statistics you'll want to consider 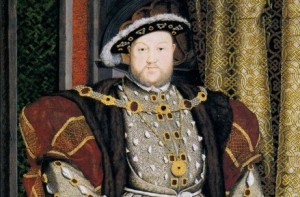 After a steep recession-era decline in hiring of academics in the arts and social sciences, potential PhDs have reasons for optimism—or despair—depending on how you look at it.

The good news is that job listings on the American Historical Association’s website, considered a market barometer for North America, increased from 569 in the 2009-10 academic year to 627 in 2010-11. That’s up 10.2 per cent year-on-year.

The bad news? That figure is still 40 per cent lower than the 1,064 jobs posted in 2007-08, before the recession led to budgetary restraint.

The modest rebound is a common theme across the arts and social sciences.

Interestingly, some sub-disciplines are faring better than others. The AHA’s recent study shows that post-recession, those studying African history had the biggest bump in hiring this year—a 44 per cent growth in positions. Those studying Asian, World or Latin American history competed for 20 per cent more openings. Meanwhile, North American and European history listings barely budged.

While there are more jobs than last year, competition in history departments is higher than ever. The AHA report notes that there are a record number of history PhDs competing for jobs and there was 3.1 per cent higher enrollment overall last year.

Curiously, the AHA reminds historians that “economics, modern languages, and sociology have all reported more substantial rebounds in the number of job advertisements…”

But there isn’t a reason to be jealous. The Modern Languages Association reported recently that their job listings were still 33 per cent off 2007-08. They forecast just five per cent growth in 2012.

And while the Sociology job market made up most of the 35 per cent recessionary decline in hiring, much of the growth was in Criminology, which doesn’t interest most of today’s sociology graduates.

So in a sense, 2012 is both the best of times and the worst of times to try and break into academia.

Our advice? Don’t pursue a PhD unless you’re willing to accept the possibility of never finding a job.