Doorman and ditch digger wasn't what I expected with a B.A.

A graduate's call for policies to discourage studying arts 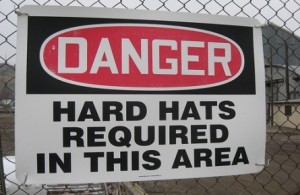 “Well paid, never laid.” That was the mantra my freshman liberal arts class used to mock freshman engineering students in 2003. A decade later, I suspect the many minimum-wage earning baristas with liberal arts degrees, who live in their parents’ basements, are the ones not getting “laid.”

A 2011 survey of people who graduated from Ontario undergraduate programs in 2009 shows that liberal arts students earn far less income on average. While engineering graduates made an average of $60,383 two years after graduation, social science grads earned $42,593 and humanities grads earned $38,578.

Stirring half-milk mocha lattes and boomeranging back home is where many unfortunate philosophy, history, English and political science students like me ended up. For many of Generation Y’s university graduates, life in the low-wage service industry has led to an extended adolescence, with consequences that cry out for education policy reforms to lead youth toward the available jobs.

It wasn’t supposed to be this way. On my first day at the University of Western Ontario in 2003, I attended an assembly at my liberal arts college at which one of the professors explained to us that we were “elite.” We were “unconventional.” We had made the right choice. Considering he was gazing down upon 50 hung-over 18-year-olds in sweatpants, he couldn’t have taken himself too seriously, but we believed. After all, we’d been told our whole lives that we were special.

My experience in university was everything I hoped it would be when I decided leave home for university. I made lifelong friends from all over Canada. I partied with a level of devotion and stamina that would probably land me in the hospital today. I had some truly exceptional professors.

Fast forward to May 2007. Political science degree in one hand, news article describing boundless opportunities in the other, I drove across the country to Calgary, Alta. and took a construction job to pay the bills during my search for the $90,000 per year office job I felt was just around the corner.

Along with about 10 other young new arrivals to Alberta, I showed up on the first day at the construction site and the foreman asked each of us, “do you have any skills?” That’s when it hit me. I didn’t have any marketable skills. Four years in school and all I had was the “ability to think critically.” That’s certainly a skill, but not exactly a jaw-dropper in human resources departments.

So for the next three seasons I lived the life of the unskilled. In the summer, I dug ditches in 40 degree heat while being yelled at by a foreman two years younger than me. In the fall, I got a job as a night-shift mobile security guard, patrolling dark buildings and avoiding attacks from trespassers who often were drunk or high. In the winter I was hired as a doorman for $9 per hour at an after-hours club. On my first day I learned that two previous doormen had been fatally stabbed.

Finally, in the spring of 2008, I got an office job doing data entry, which only required a high school diploma. But I’ve picked up practical finance and administration skills and now make somewhere in between the aforementioned average incomes of social science and engineering graduates.

Still, I am one of the lucky ones. Of my friends who graduated with liberal arts degrees, all of them have either returned to school to be trained for specific jobs, found employment through family connections or remain underemployed. None have started a career on the strength of their liberal arts degrees alone. None own their own homes. None are married. None have children.

So you’ll have to forgive the hipster movement, the Occupy movement, the Quebec tuition protest and all the other angst-filled “direct action” by Generation Y. In my view, this behaviour is linked to the humiliation of post-university underemployment and a childhood of entitlement. We were raised to feel like the system owes us something, so it’s natural that we would blame the system.

The system did let us down, but not in the way as many in my bank-hating, gluten-free eating, basement-dwelling generation would have you believe. When so many 17-year-olds head off to be processed in the university industry, it seems like everybody wins, because politicians get to brag about high enrollment, parents get to brag about their kids being smart and the kids get to party.

But there is not enough discussion about what’s needed in the future economy and what job prospects degree programs can provide. This needs to change. Reports on employment outlooks for each field of post-secondary study should be at the beginning of every enrollment brochure, even before the idealistic photos of multi-ethnic students playing Frisbee on a sunny day.

Tuition fees should be lower for programs that are likely to result in jobs. If this had occurred in 2003, there wouldn’t be a shortage of technologists, engineers, and other experts today, as described in the recent report People without Jobs: Jobs without People.

These reductions in tuition can be paid for by increasing tuition for liberal arts programs. Rick Scott, the governor of Florida, recently proposed that undergraduate students pay less for engineering and biotechnology degrees than for arts degrees such as history. I think he’s on to something.

Those who are truly passionate about liberal arts will withstand the tuition increase with the support of loans, which they should be able to pay off more quickly since there will be less competition for jobs requiring their degrees. They will be happy that the hung-over, semi-literate masses, deterred by higher tuition, are out driving the economy instead of talking at the back of classes. Coffee shops will have a less literate staff, but Canada will have a more prosperous future.