What the experts are saying about the new jobs reality 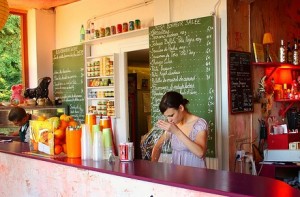 CBC’s new Doc Zone documentary Generation Jobless covers some familiar terrain: well-educated young Canadians can’t find jobs and are instead stuck in serving jobs or cycling through unpaid internships. It’s much the same story Maclean’s covered here in The New Underclass. The show did, however, add some interesting ideas to the conversation. Here are five things I learned from watching it.

3. Even in economically choppy Europe, there are places with virtually no youth unemployment. Switzerland is one. There only 20 per cent of students are admitted to university, half as many as in Canada. Most start three-year apprenticeships at age 18 anywhere from factories to banks.

4. Futurist Thomas Frey says that jobs won’t be common in the future. Instead, the average person will have worked on hundreds of small projects by the time they’re 30. It’s also predicted that technology just over the horizon, like self-driving cars, will put even more people out of work.