Inside the lives of student union leaders

Work 12-hour days, manage a million-dollar budget, and get a leg up in the job market 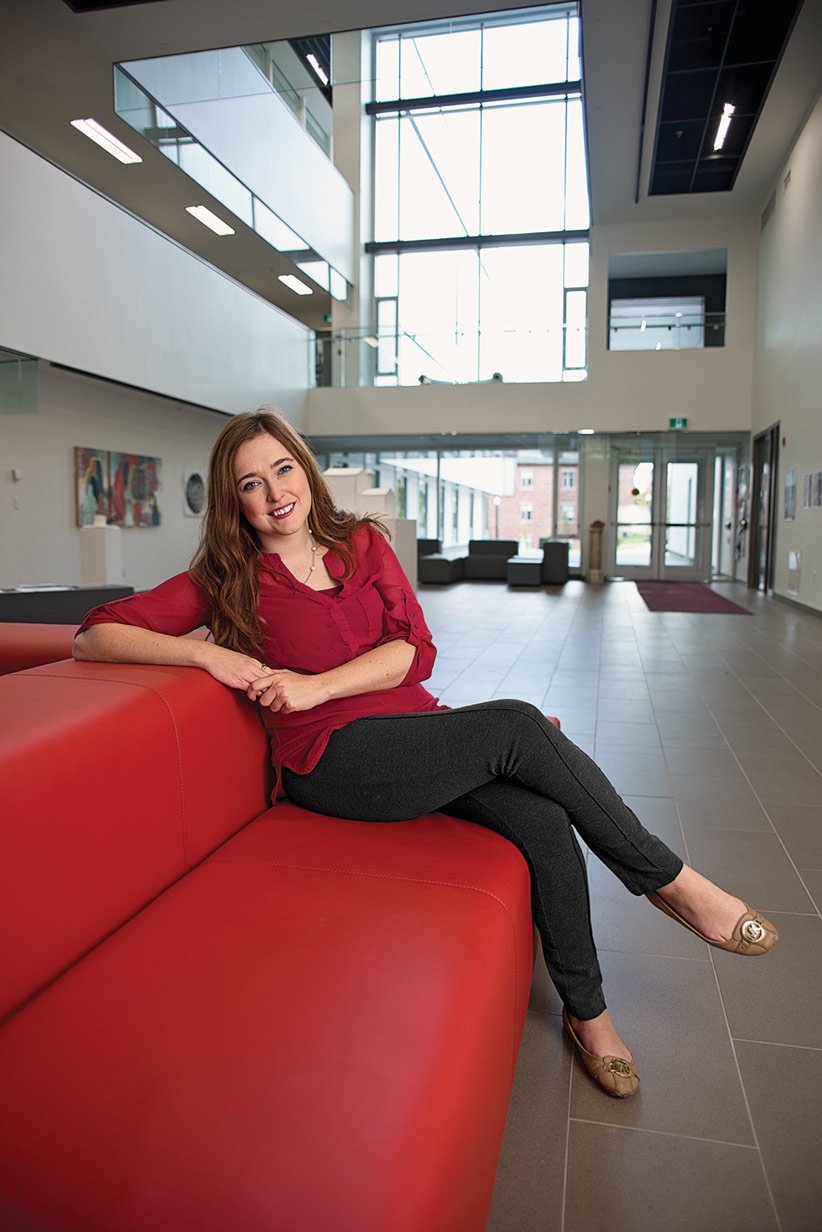 It had been a 12-hour day for Mount Allison University student union president Melissa O’Rourke—hours spent lobbying politicians in Ottawa—and it was about to get longer. As she prepared for bed in her hotel, with a wet snow falling outside against the 11 p.m. darkness, a phone call came from her union colleague in New Brunswick, crying, telling O’Rourke that her ambitious plan to restructure the executive had been defeated at a heated and “cutthroat” student council meeting. “That wasn’t the only time there were tears shed,” she says.

It was November 2013. That was the second time the plan was defeated, and it would be defeated again before O’Rourke had to focus her attention elsewhere: As the winter break ended, faculty went on strike, leaving students idle and restless. Some ran wild, “doing student things,” and an entire school looked to the union, asking, “Am I going to be able to graduate on time?” O’Rourke says.

Such is university politics, where O’Rourke’s 16-hour days regularly dwarfed even the ones she had on Parliament Hill that harried November.

Student union executives are elected and paid between $20,000 and $35,000 a year. The executive body consists typically of a president and a few vice-presidents, who advocate for students and manage clubs and societies and million-dollar budgets. The executives are usually students themselves who serve one-year terms, with little time to settle in before they must balance studies with public life, where—somewhere, somehow—there is always a crisis. They’re so busy, some run the union full-time and end up doing an extra year of university.

But with toil comes reward. Student executives say the responsibility is an invaluable experience, career-wise. It was “trial by fire,” as O’Rourke calls it; those who pass prove their mettle.

The test for Levi Nilson, last year’s vice-president, external, of the University of Calgary’s student union, involved taking on the provincial government in what he says was a “roller-coaster” experience. Last summer, in a meeting with the government, student union executives from Alberta universities learned of a plan to raise the long-standing tuition cap. “The government was allowing institutions to raise tuition in specific faculties by up to 60 per cent,” he says. Student unions do not have any real influence with the province, but Nilson felt he had to act. “So we made the decision to burn some of our bridges,” he says. “I think it’s something the students expect of us.”

Nilson and his team persuaded all the student unions to leak the government’s “semi-confidential” documents to media. In the subsequent days, they rallied students to march on the Alberta Legislature in Edmonton. “We made a big play and we made a big splash,” Nilson says, though he admits it was a move fraught with uncertainty. “We weren’t sure if our organization was ever going to get a meeting with the government again.”

But governments change. The issue gained attention and it dragged on, past New Year’s and into the provincial election. When the NDP took power in May this year, one of the first goals was to scrap the former Progressive Conservative administration’s tuition policy. “It’s definitely an up-and-down year,” Nilson, now 23, says. That same month, he became the union’s president.

Yet, the fourth-year political science student says he has no immediate plans for public life after graduation. “I potentially want to work in politics one day, but I came to school to be a high school teacher, so I’ll probably end up doing that,” he says. Many politicians made their bones in student government, but Nilson says the student union experience—selling ideas, leading a team—is a good training ground for any career. “I’ve learned more doing this than in my last 11 years of school,” he says. “It’s prepared me for just, like, life.”

It is the same for O’Rourke, who finished her term last year and graduated from Mount Allison with a degree in international relations. A self-described “stereotypical civil-servant type,” O’Rourke is now a legislative coordinator and research officer with her province, a job she says her union experience helped clinch. While the strike ended three weeks later and most students graduated on time, O’Rourke left university with her restructuring plan unfulfilled. But she says the student union experience is rewarding in itself, not only for the skills she learned, but also for the value some interviewers place on it.

“I can guarantee you that I didn’t go through one interview where it wasn’t one of the first questions asked,” she says, adding that being able to say she ran a non-profit with a budget in the millions is a powerful leg up. “Do I feel like a badass? A little bit.”