It may be even tougher to find a job next year 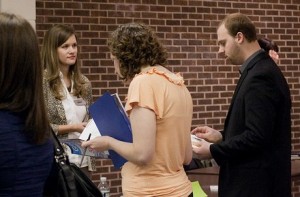 A survey of 324 Canadian employers shows that they expect post-secondary graduates will still be struggling to find work in 2012.

Recruiters who hire students are projecting 2.9 per cent fewer job offers in 2012 and no increase in starting pay, according to the 2011 Campus Recruitment and Benchmark Survey. The survey was collected on behalf of The Canadian Association of Career Educators and Employers between August 1 and September 26, 2011.

Since then, the economic outlook has worsened. In October, federal Finance Minister Jim Flaherty cut his growth forecast for 2011 from 2.9 per cent to 2.2 per cent. Earlier this month, TD Economics reduced its forecast for growth in GDP next year from 1.9 to 1.7 per cent due to weakness in Europe that is likely to spread. Scotia Capital is predicting 1.8 per cent growth. That follows last year’s post-recession rebound of 3.2 per cent.

The Campus Recruitment survey also showed the near extinction of signing bonuses for graduates. Back in 2008 when Canada’s economy was healthier, 15 per cent of employers offered signing bonuses. In 2011, just four per cent did.

But note that starting salaries for students who get recruited are much higher than the average university grad’s starting pay: $43,119 for male graduates and $35,926 for female graduates.

Another reason for graduates to be pessimistic is that TD Economics expects overall unemployment to rise from the current 7.4 per cent to as high as eight per cent in 2012. That’s bad news considering youth unemployment was already 14.1 per cent in November. That was lower than the 15.6 per cent rate seen in Nov. 2009 during the height of the recession, but higher than the 11-13 per cent rates common between 2005 and 2008, according to the Conference Board of Canada.

Considering all that, expect more graduates sign up for post-graduate programs in 2012. School will probably look like a more appealing option than facing the job market of 2012.