Looking for a job? Better clean up online.

How online dating taught me to wary of my web presence 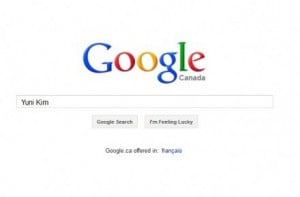 Before I met my current partner, I tried online dating.

One man who messaged me on Craigslist was in his third year of engineering at the University of Toronto and he seemed like a decent guy. We arranged to meet a few days later and, naturally, I decided to put his name into Google.

Imagine my surprise when his name and phone number brought up multiple crude profiles on gay male escort websites complete with headshots.

Of course I was worried that he might be a male escort. But another part of me was worried for this stranger. What if he was set up by someone out to hurt his professional reputation? Given all the horror stories I’d read about identity theft on the Internet, that conclusion didn’t seem like a huge stretch.

I didn’t grow up engulfed in the social media machine. I got my first cellphone in my first year of university. I got Facebook at 16, and I’m still not sure about the fascination with Instagram. But I’m painfully aware that every single thing we put online is a tool, whether it’s a photo or something we write. Anyone can take these tools to construct an image of us, and these images may not be flattering. In fact, some of them can be damaging, hurtful, or malicious.

That’s one of the reasons websites like brandyourself.com are growing in popularity. They claim to clean up your image on the web by “boosting” those flattering LinkedIn profiles and “burying” negative results associated with your name. The idea is that when prospective employers searchyou online, only the positive results will be front and centre.

In fact, several universities in the United States now recommend that their students go through the process of filtering their online content so that less-than-impressive search results don’t tarnish their reputations. BrandYourself’s co-founder Pete Kistler knows the problem well; he never received callbacks for interviews, and suspects it may have been because he was sharing the name of a drug dealer.

According to BrandYourself, although there are no negative results that I should be concerned about, my “exposure” is fairly low, ranking at a level ‘D.’ I did what the website suggested and “boosted” my positive links. When I checked back a few weeks later, I saw no major changes to my score.

But that’s okay. On the first few pages of Google, the results that are about me are all positive. It shows my Twitter activity, work I did for my former student newspaper and writing for On Campus. Still, we can never take back what’s planted on the Internet by us or other people, so it seems inevitable that more services like BrandYourself will pop up promising to nip and tuck our online images.

And as for the would-be date that never was, my concern for the engineering major overcame and I gave him a call. When I informed him about his apparent moonlighting identity in the sex industry, he flipped out. “Why would anyone do this to me?” he said.

“So…you’re not a male escort, right?”

We never did go on the date. It seems he had a lot of cleaning up to do first.