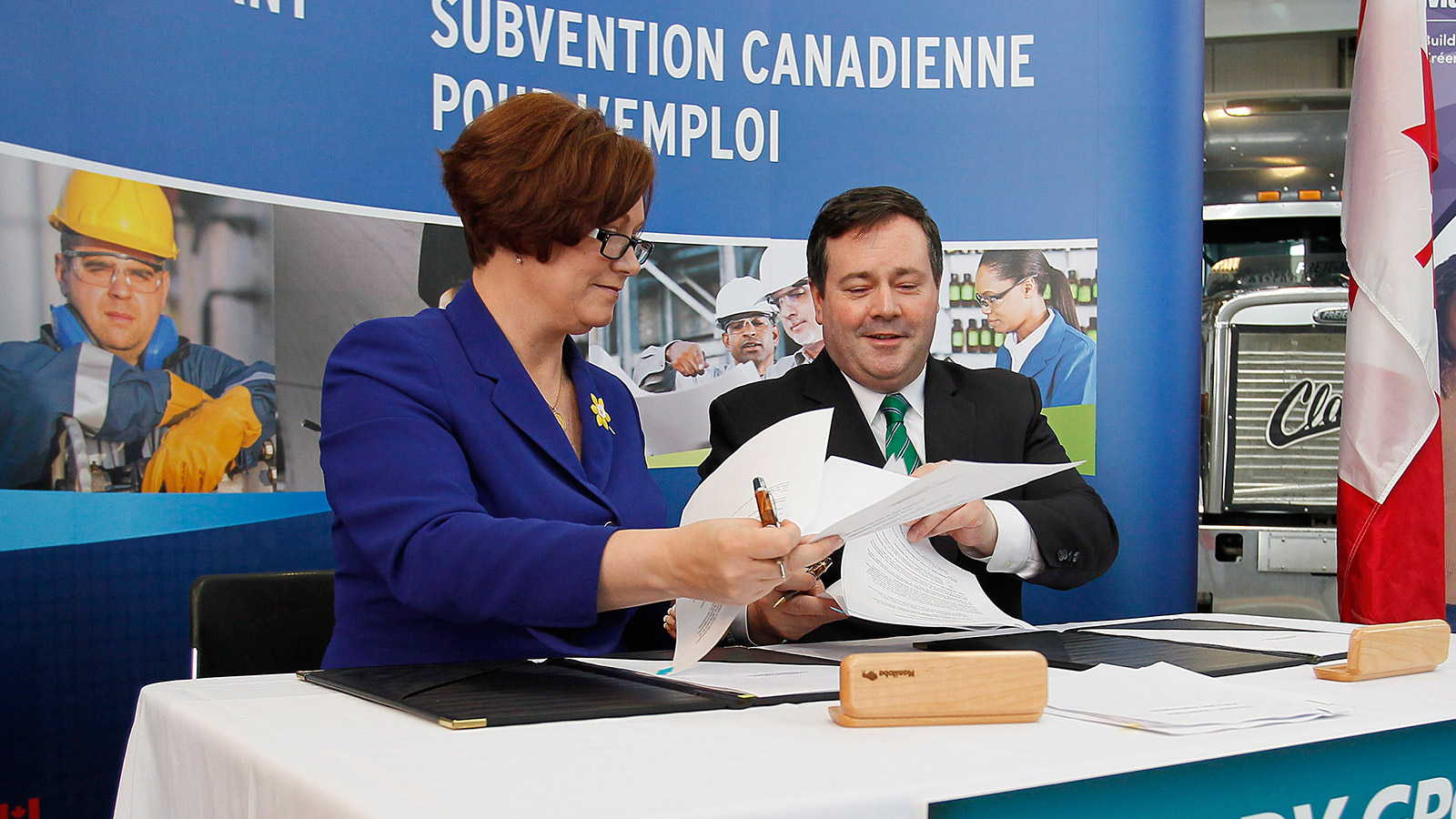 The agreement calls for the province to receive $18 million a year for a variety of training programs. Like in other provinces, the funding works out to $15,000 per person to cover tuition, training materials and other items.

Employment Minister Jason Kenney said the aim is to have more training geared toward real job opportunities by having employers pay a share of the cost.

“It’s about trying to be better … and one way of doing that, in our view, that is to involve the employers because they’re the ones that create the jobs. And employers know what skills they need,” Kenney said at Red River College.

Other provinces, including British Columbia and Ontario, have already signed on to the program.

The provinces and territories initially balked at the program, suggesting Ottawa would claw back some of the money. They dropped their opposition in February after the federal government agreed to a number of changes.

Manitoba’s minister for jobs and the economy, Theresa Oswald, praised Kenney for the flexibility.

“He has taken the time to speak with me and with government to work through some of these issues and I think than Manitobans, and indeed Canadians, are better off.”

The federal funding is not new money per se — it’s a reworked version of a training agreement created in 2007 that was set to expire.

On top of the $18 million in the general training program, Manitoba will receive an additional $9 million for a labour funding agreement specifically for people with disabilities, and another $500,000 for older workers.