Millenials shun the 9-to-5 workday 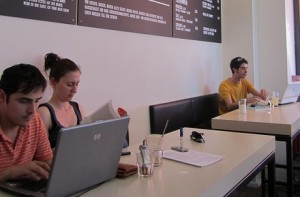 The Millenial generation (roughly defined as those born after 1980) aren’t too interested in the traditional 9-to-5 workday, branding expert Dan Schawbel writes on Time.com Schawbel provides examples of American companies that are accommodating this preference.

Canadians researchers surveyed 3,000 people last year to gauge the differences between what four generations of working Canadians value in their jobs. Millenials placed “hours of work” at #7 on their list. Generation X workers (those born 1965 to 1979) ranked work hours slightly lower—at #8. But Baby Boomers (born 1946 to 1964) and those born earlier than 1945, “Mature” workers, didn’t have “hours of work” in their top 10 at all. It seems they’re comfortable working 9-to-5.

So how else do Millenials’ work preferences differ, you might wonder? First, they’re the only generational group among the four to put “interesting work” at the top of the list. After that are “balance” and “information” followed by “job security” at #4. Generation X ranked job security sixth, Baby Boomers put it at #8 and Mature workers put it at #9.

It’s seems surprising that Millenials, who are likely to have less job security than any generation before them, would put steady work higher on their wish lists than older workers. Then again, if employers are willing to be flexible about such basics as working hours, who wouldn’t want to stay?