Yes, I may need to leave Canada for work

Teacher's college says we're out of luck until 2015 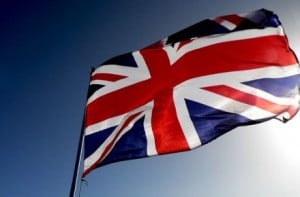 I got a call from Montreal the other day. On the other line was a man who represented a teaching agency in London, England. He had seen my email and resumé and said that I could come over to teach after completing the required paperwork.

When I decided three years ago to follow my calling, moving across continents for a job was unfathomable. I predicted I would send out resumés after graduation, then a school board within a reasonable distance from my home would ask me to work for them full-time as a teacher, everything would be hunky dory and I would decorate my classroom with dry-erase markers of every colour (you can never have too many).

The above scenario was obviously a delusional fantasy.

I recently learned in an email from one of my instructors here at York University’s teacher’s college that, in keeping with regulations agreed to with the Ontario Secondary School Teachers’ Federation, school boards will essentially no longer be allowed to do external hiring until all current occasional teachers have had the opportunity to apply for available jobs. In other words, until the huge backlog of certified teachers—many of whom are fighting tooth and nail just to land a supply teaching gig—have had their shot at a full-time job, fresh teacher college younglings need not apply.

According to that email, the best estimate of when the next hiring boom will happen is not until 2015. Worse, Professionally Speaking, a magazine of the Ontario College of Teachers, reports that one in three teachers found absolutely no jobs within the profession in the 2011-12 school year. The unemployment rate for new teachers was recently pegged at a whopping 37 per cent.

It’s not the best feeling in the world when you hear that the field you’re hoping to work in is already bursting at the seams with just-as-equally-qualified people. I had already come to accept the fact last year that, when September 2013 rolled around, I might no longer be in a classroom as a student. Only now is it dawning on me that I may not be in a classroom at all, period.

That is, unless I decide to do something about it and move overseas. I’m considering it.

I’m obviously privileged in certain aspects of my life and disadvantaged in others. I know that I won’t exactly be living like a queen if I decide to uproot and relocate. I may be making a huge commitment without knowing what it would truly do for me or my prospective career.

On the other hand, I am lucky to have a network of people who support what I do, and by the time 2015 comes around, I will be 24 years old—young enough to begin my long-term career closer to home and not have to worry about whether it will interfere with other major milestones.

It has finally hit me for the first time, as naive as it may sound, that I will have to deal with the in-my-face uncertainty that has been creeping up on me for the past year. I would never have thought that literally moving out of my comfort zone would have been an option. Perhaps this is not pertinent to all professions, but it certainly is the case in education. This is the reality for thousands of fellow teacher’s college graduates across the country, and many other graduates too.

My generation must quickly learn that doing things by the books does not guarantee a future path. We must weigh options, take chances and make our own paths—even if those paths are far from home.